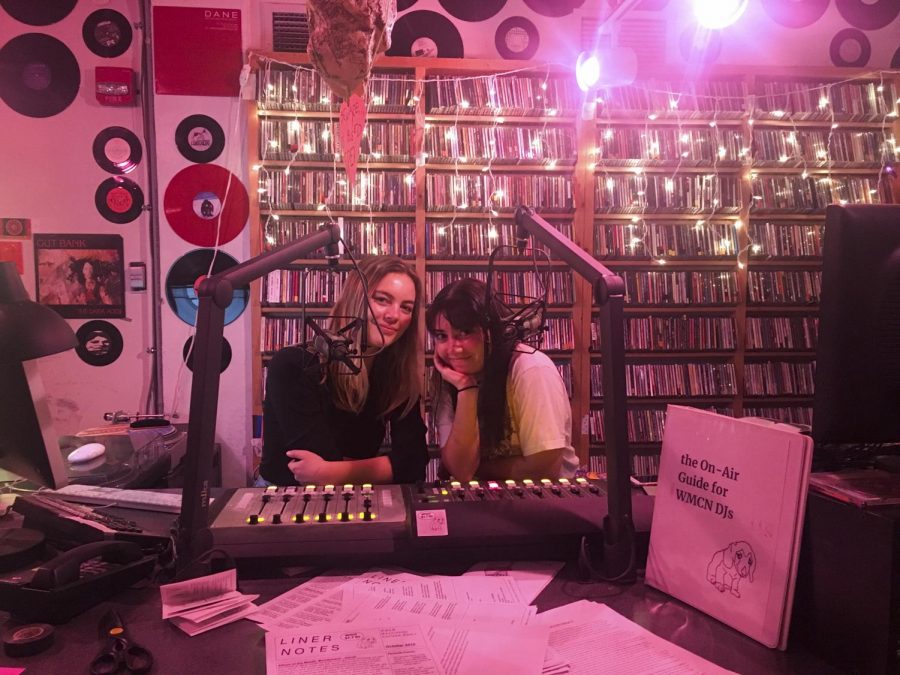 When Brennan Drake ’22 and Anna Turner ’22 were brainstorming names for their radio show, they stumbled across the term “space cadet.” Formerly a derogatory term often aimed at ditzy females, they choose to interpret it, as Drake puts it, as “a person who isn’t necessarily earth-bound all the time.”

Turner finds the joint feeling of “generally being out of touch, but in a fun way,” to be a cornerstone of “Space Cadets,” as they embrace the once offensive term as their title.

Drake and Turner met in their orientation house their first year at Macalester and remained friends the rest of the year. A shared interest in psychedelic, dreamy pop music led them to start a radio show. This is the first time Drake and Turner are hosting a radio show, resulting in some trial and error. The night of their first show, the technology in the recording studio presented some challenges. Luckily, Drake’s parents tuned in and texted the hosts that their microphones needed to be turned up. Now, they are more confident working the soundboard.

“I’ve realized how accessible it is,” Drake said. “It’s so easy to get a show and learn the technology.”

On Tuesday nights, Turner and Drake show up to the studio with a playlist they’ve prepared that usually has too many songs to fit in their hour slot. Throughout the night they pick and choose songs from their list, following their instincts on which songs to play. Creating playlists is one of their favorite parts of the process.

“It doesn’t feel like work,” Turner said. “It’s a really good way for me to kill time or procrastinate. I start a playlist the morning after the show.”

Some playlists take a detour from the space theme to fit whatever they want. So far, Turner and Drake have hosted a night of their favorite albums from 1969, as well as an ode to indie rock band Big Thief. A playlist of songs by all female artists is in the works.

Both Turner and Drake seem to have caught the radio bug. Turner wants to do more work at the WMCN station, and Drake sees radio in her future, too.

“This experience has made me consider [radio] as a career path,” Drake said. “Because I’ve realized how much I look forward to every week.”

For now, however, it remains a hobby for both hosts. Their time slot allows them to play music they enjoy while catching up and discussing local music shows they’ve seen. Knowing they are on air doesn’t seem to impede the organic flow of their conversation.

“We have no way of hearing ourselves!” Turner said. “And we’re probably better for it.”