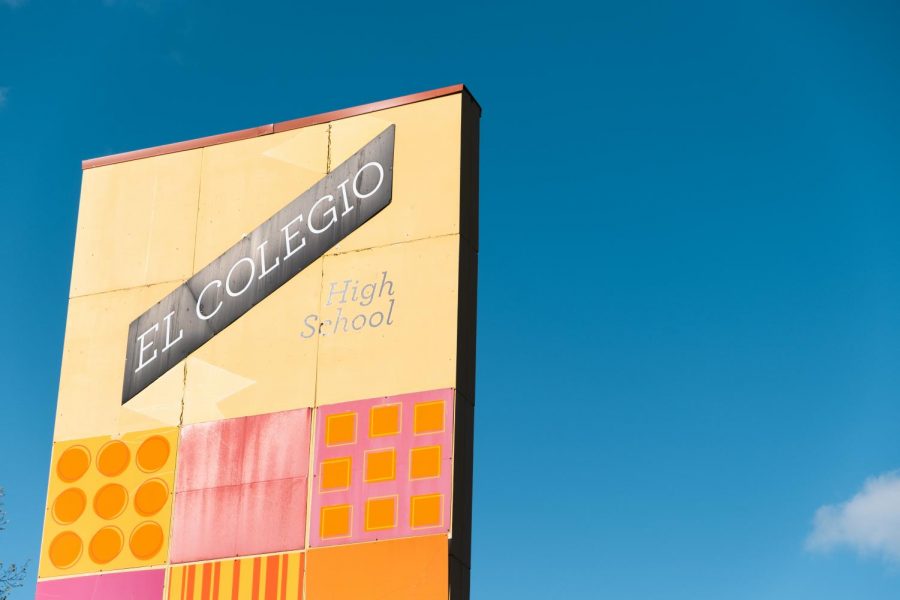 From the moment you walk through its doors, you can see that El Colegio, a public charter high school in east Minneapolis, is different.

Classrooms are named for Latinx icons like Rigoberta Menchú, Gloria Anzaldúa and Gabriel García Márquez. Students eat lunch in a cafeteria with a display calling for justice for Philando Castile and take classes taught in Spanish as well as English.

Hallways are lined with senior art projects and murals depicting the likes of Emiliano Zapata and Muhammad Ali and are splashed with warm colors and pattern designs. El Colegio is a small school, but its impact, both visual and otherwise, is immense.

El Colegio opened in 2000 in a former supermarket building to provide an option for students, particularly students interested in the arts, who had struggled in traditional high school settings.

“What ended up happening pretty quickly is that El Colegio became an alternative of the alternative schools,” Executive Director Norma Garcés said. “We’re not a model that has been done anywhere else.”

Now, 98 percent of El Colegio’s student body identifies as Latinx; the rest identify as Native American. The teaching staff is 80 percent people of color, as is the vast majority of the additional professional staff.

The space has been crafted to reflect those identities — to express culture and school values like justice and solidarity, but also to make students feel as comfortable in school as they possibly can.

The school has made changes in response. Similarly, while certain classrooms have been named to pay homage to and spark conversations about influential scholars or activists, other rooms have received their names organically.

“There’s a little room that a lot of things get organized in, so it’s called the revolution room,” Garcés said. “When they went into that classroom for some reason, the kids just revolt.”

“The aesthetic [is] about Latinx people and culture, and it’s also about social justice and social transformation,” Macalester educational studies professor Brian Lozenski said. “There’s definitely a message being sent to students about what kinds of conversations can happen [t]here.”

All of the color, symbology and iconography communicate what El Colegio is attempting to be — a decolonial oasis in a school and university system in the Twin Cities that is so often unwelcoming to its non-white students.

Students have responded. Over her nearly 10 years as executive director, there have been only two fights at the school.

“That’s what happens when you belong,” Garcés said. “You take care of each other.”

Despite its track record, though, El Colegio rarely has a waiting list for enrollment and receives scant interest from students and families outside of the Latinx and indigenous communities.

Garcés has an idea as to why.

“Anybody who comes with a college degree who is Latino, they walk in and they’re like, ‘Where were you when I was in high school?’” Garcés said.

“But the colonized process doesn’t get you here,” she continued. “Because when you’re looking for a high school for your child, you have a very colonized perspective about what a good high school looks like in Minnesota… and we don’t look like that at all.”

One student familiar with that perspective is 17-year-old senior Jordan Ceballos-González, who transferred to El Colegio for his sophomore year.

“He didn’t want to come here,” Garcés said of Ceballos-González. “He wanted to go to Kennedy High School with everybody and be thinking that he was going to be in the white boys’ club. And he’s not. They’re never going to be. And if they are, then there’s a price.”

At El Colegio, Ceballos-González has found a home.

“As soon as I came in, I was like, ‘There’s a lot of color,’” Ceballos-González said. “It brought me back to the pictures I’d always seen [of] Mexico, and all the colors in Mexico. It’s a different space. They have an idea of who they are.

“These teachers want you to improve,” he continued. “They want you to succeed. It’s like, ‘You’re a student? You’re part of the family of this community. We’re going to help you succeed.’”

Garcés said that Latinx students who come to El Colegio often find that school is suddenly easier than it had been before.

“You find it easy because you’re no longer stressed out,” Garcés said. “When you are in a colonized space, you don’t get to be yourself. White people don’t get to be themselves. Even when it’s a space that is supposed to be for you, you don’t belong. Because it’s been dehumanized.”

El Colegio’s curriculum has radical elements as well. It now contains classes in ethnic studies, critical race theory and gender studies — topics that a number of high schools, especially high schools that cater to religious families, often avoid. But that is not Garcés’ approach.

“School is about informing you, not about avoiding information,” she said. “A lot of the schools avoid information.”

El Colegio’s decolonial work is not limited to its curriculum or physical appearance. It has also made its building available as a gathering space for community members and organizations — hosting meetings in the aftermath of the 2016 election and meetings with prominent Minnesota politicians.

“We have this space for organizations who do revolutionary work, like MIRAC [Minnesota Immigrant Rights Action Committee], like the Aztec Dancers, and our kids can choose to be part of it or not,” Garcés said. “Our job is to make you aware of what’s happening in the world and the structures of power.”

El Colegio is not perfect. No school is. But it can, without question, provide a blueprint for powerful institutions of learning to follow.

Garcés is familiar with Macalester. One of El Colegio’s teachers is a graduate of the college, and Garcés has hosted educational studies classes at the school. She will visit Macalester later this month, where she will speak about her efforts to dismantle colonialism in education.

“Macalester has the money to dismantle [it],” she said. “Or perpetuate [it].”