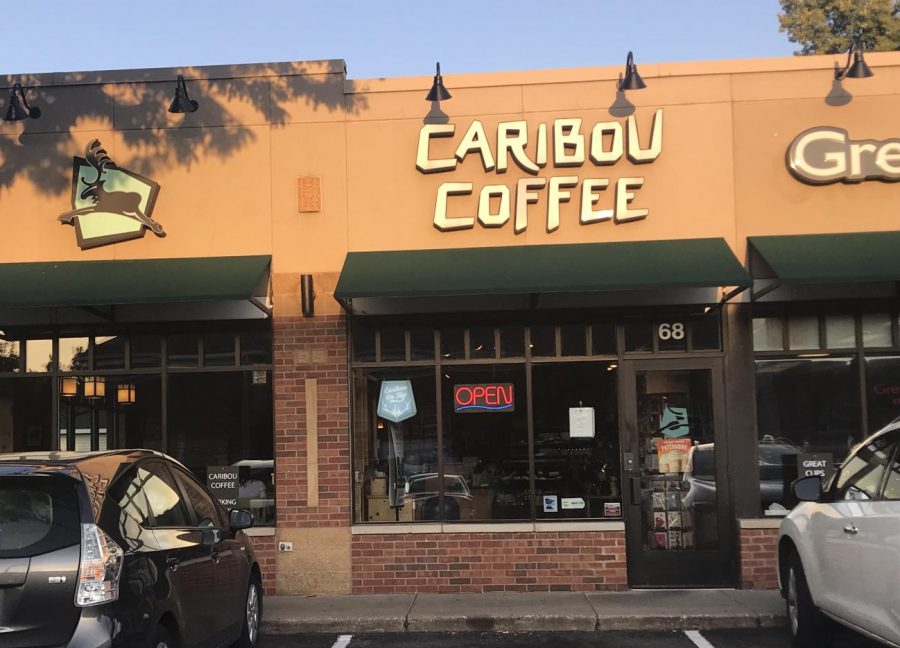 Photo of Caribou Coffee on 68 Snelling Avenue, across the street from Macalester's campus. Photo by Lindsay Weber '21.

The Caribou Coffee opposite the Campus Center at 68 Snelling Avenue was robbed at gunpoint early on the morning of Thursday, Sept. 12. While there were no injuries, the police report indicates that approximately $900 was stolen from a safe in the back room. The St. Paul Police Department’s (SSPD) investigation is ongoing.

Sam Hopkinson ’20 arrived at the store at roughly 5:00 a.m. the day of the robbery to work the opening shift. Standing in the parking lot, he saw a man he didn’t recognize get into a car and drive away while his manager exited from the back door of the store.

“My manager came to the front door to let me in and said, ‘so, I was just robbed at gunpoint’,” Hopkinson said. “I called the police.”

While Caribou does use security cameras, Hopkinson said that the individual in question had a bandana covering their face and may not have been identifiable on video.

Hopkinson said that despite the drama of the situation, the store has largely recovered from the shock.

“I think that people are for the most part not super fazed by it,” he said. “I haven’t thought about it too much since, and I don’t really think people are especially worried about it happening again.

“I don’t know where that dude got that gun,” Hopkinson continued, “but that’s mostly what worries me; that it’s so close to a college campus. It was a handgun, so it’s not like he had an assault rifle, but I don’t like people walking around with firearms.”

SSPD provided extra security for the shop during opening and closing hours for several days after the attack.

Sydney Bailey, the store manager present at the robbery, declined to be interviewed by The Mac Weekly while the investigation is ongoing, but noted that having extra security helped people at the store feel safer in the immediate aftermath of the robbery.

Caribou district manager Rianna Matter added that Caribou’s safety protocol requires that no employee ever be alone in the store, and that adherence to that policy may help prevent further crime.

As a whole, though, according to SPPD Public Information Officer Sgt. Michael Ernster, robberies in St. Paul are down significantly this year.

“I can tell you that we have had approximately 379 robberies in St. Paul this year and this number is down 6.7 percent from last year at this time when we had 406,” Ernster wrote in an email to The Mac Weekly. “This is out of 173,000 calls for service so far this year in Saint Paul.

“Any robbery is one too many,” he continued, “but they are a small percentage of overall crimes.”

Ernster wrote that the SPPD recommends that anyone in an armed robbery situation comply with the demands of the burglar.

“Do not do anything that would jeopardize your safety,” he wrote. “Call 911 immediately. If possible and safe to do so, watch the route of escape the suspect took and document anything you see (vehicle description, clothing desc, direction of escape… etc).”

In an email to The Mac Weekly, Associate Director of Security Bill Collumbien wrote that Macalester security is “actively patrolling campus and investigating suspicious activity reports” in order to diminish the likelihood of gun violence or armed robbery on campus.

Collumbien also suggested students “walk in groups or [with] security escort services” if they feel unsafe. Macalester SAFEWalk employees are available for escorts from 9 p.m to 1 a.m. seven days a week.

Ernster noted that while there is no way to completely nullify the possibility of a robbery at any given location, there are a few preventative measures businesses can take.

“I wish there was a foolproof way to prevent these crimes,” he wrote. “Many employees are very busy going about their business when working and don’t pay close attention to who is coming and going.

“An alert employee may be able to notice [a] customer who is acting peculiar or is asking inappropriate questions about the business,” he continued. “In theory, the more a suspect thinks the employees are paying attention, the less [likely] they are to follow through with the crime.”