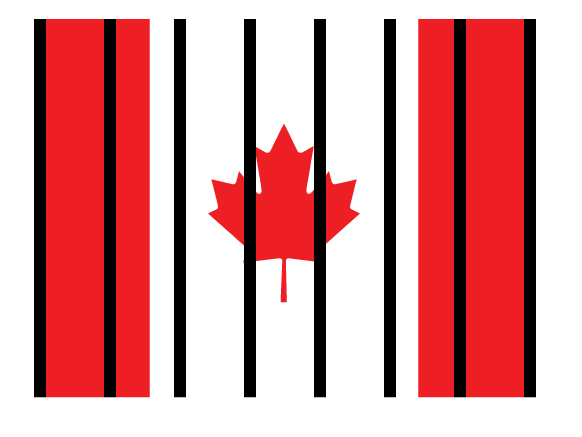 Justin Trudeau has been faced with the biggest scandal of his career. On Feb. 12, 2018, the former Canadian justice minister and attorney general, and the first Indigenous Canadian to hold the position, Jody Wilson-Raybould quit her cabinet position. She alleges that Prime Minister Trudeau’s Office inappropriately pressured her when she was the Justice Minister to intervene in a judicial case involving SNC-Lavalin. The Quebec-based firm is one of the largest engineering firms in Canada, a Liberal Party corporate donor, and was under investigation for allegations of corruption. On April 2, 2019, Wilson-Raybould was evicted from the Liberal Party after testifying against the Prime Minister’s Office and presenting a recorded phone call which implicated Canada’s most senior civil servant, Michael Wenick, in pressuring her to give SNC-Lavalin a deferred prosecution agreement, which would have let the company avoid criminal charges.

The fallout from Wilson-Raybould’s resignation and testimony included the resignations of Trudeau’s close friend and personal secretary, Gerald Butts, Trudeau’s president of the treasury board, Jane Philpott and, head of the civil service, Michael Wernick. The response from the Canadian public was swift. In March, Trudeau’s Liberal Party’s approval rating sat at 30 percent, even lower than that of Donald Trump’s. With an election looming this year, the prospect of a second Trudeau government is uncertain.

Professor of political science and Canadian expat Andrew Latham was disturbed by the allegations against Trudeau.

“I’ve never thought highly of him… but I never thought he was prone to the kind of corruption charges that are being leveled against him,” Latham said. “These charges that have been leveled about improper undue influence on the legal process strikes me as, A, out of character and, B, really disturbing.”

Professor of sociology and Canadian expat Terry Boychuk was also surprised by Trudeau’s actions. “It is unprecedented for the federal prime minister… to seek to influence the decisions of a justice minister about how to dispose of evident violations of the Canadian criminal code.” Boychuk said. “This is why Prime Minister Justin Trudeau and members of his senior staff within the Prime Minister’s Office are the objects of both parliamentary and media scrutiny.”

When it comes to whether or not Trudeau pressured Wilson-Raybould, and for what reason, there is little doubt in Boychuk’s mind.

“There is incontrovertible evidence that they pressured Wilson-Raybould to reach an out-of-court settlement with SNL-Lavalin that would stipulate mild sanctions against one of Canada’s largest engineering firms for violating laws prohibiting bribery of government officials to win contracts.” Boychuk said, “It is also clear that the political calculus of Justin Trudeau and his advisors was to avoid jeopardizing the solvency of a major employer in the job-hungry provinces of Ontario and Quebec, the decisive battleground provinces that decide the electoral fortunes of Canada’s major political parties.”

Latham shared similar views. With much of Trudeau’s political base and SNC-Lavalin based in Quebec, “this was not an act of altruism. This was a self-serving political act to shore up his support,” Latham said.

When it comes to the ethics of Trudeau’s actions, Boychuk views the allegations as unprecedented. “From the standpoint of economic pragmatism and political expediency, the PM’s [Prime Minister’s] behavior is easily understandable. From the standpoint of ethics, the PM’s behavior has violated a sacred canon of Canadian democratic governance,” Boychuk said. “When confronting such a difficult trade-off, the implications of the PM’s decision to set aside time-honored ethical constraints on the uses of executive power in favor of short-term political considerations are not fully apparent yet.”

Latham had a similar reaction.

“Is it rule of law, or do you bend the rule of law when it comes to saving 9,000 jobs?” But Latham had high praise for the actions of former Justice Minister Wilson-Raybould. “The Trudeau government heavy handedly tried to intervene in the legal proceeding, which it should not have, and [Wilson-Raybould] said no. She has real integrity. She’s the real hero in this piece.”

With the next Canadian federal election coming up in October, Latham does not think Trudeau will form a second government.

“Trudeau’s poll numbers are worse than Trump’s, irrespective of this scandal,” Latham said. “Americans love him. They think he’s the bee’s knees, the anti-Trump, but he’s not the anti-Trump. He’s the left-wing Trump. The Canadian people elected him… but now they’ve changed their mind, and they think he’s a buffoon and [the SNC-Lavalin scandal] can’t help. Being a boy scout who’s a buffoon is one thing. Being a corrupt politician who’s a buffoon is another thing altogether. I think he’s finished.”

As to whether Trudeau can recover from this scandal, Latham finds it unlikely.

“There is some ambiguity about this. [Wilson-Raybould] has made her allegations, she has got her recording, she’s persuaded me that things were done that should not have been done, but, if you are a Trudeau fan, there’s enough there to say well it has not been proven, we do not know,” Latham said. “It is as with Trump. If you are a supporter, you are going to find a way to support, no matter what the evidence. And if you are not a supporter, you are likely to pounce on this. And then there [are] the whole bunch of people in the middle who I think were pro-Trudeau and now they are anti-Trudeau, and we see that in the poll numbers. He’s so far underwater, he’s worse than [French President Emmanuel] Macron.”

Boychuk had a different take on how the SNC-Lavalin scandal will affect Trudeau’s re-election chances.

“There is little evidence thus far that the decision will hurt Justin Trudeau’s Liberal Party’s chances in the upcoming election,” Boychuk said. “The SNC-Lavalin scandal has not significantly diminished the PM’s popularity in either of the provinces of Ontario or Quebec, the primary economic beneficiaries of SNC-Lavalin’s operations and the home of most Canadian voters.”

As a result, Boychuk predicts the upcoming Canadian federal election to be a two horse race between Trudeau’s Liberals and the Conservative Party.

“The key political issue in the election will likely be the fate of Canada’s recently-enacted national carbon tax,” Boychuk said. “Much depends on the province of Ontario given the terms of the debate. It is Canada’s most populous province and recently elected a Conservative government that pledged to fight the implementation of federally-mandated carbon taxes. It is unclear whether the internal dynamics of provincial politics will spill over into the realm of federal politics. If so, the federal Conservative Party stands to gain votes at the expense of the Liberal Party there, possibly returning the Conservatives to majority government.”

According to Boychuk, not only are policy decisions at stake in the upcoming election, but symbolic dimensions of Canadian governance as well. “Justin Trudeau advertised equity, fairness and inclusivity as the defining characteristics of his persona and his leadership style, both nationally and internationally,” Boychuk said. “This idealism has collapsed under the weight of realpolitik. Instead of a prime minister like no other, as once promised, Canadians are now acclimating themselves to a prime minister like every other.”

As to what this scandal can tell us about Canadian politics, Latham said, “It is every bit as corrupt as American politics. Americans look at Canada, and they think we don’t lock our doors at night and we have no guns. It’s a real country full of real people, real politicians and sometimes real corruption.”