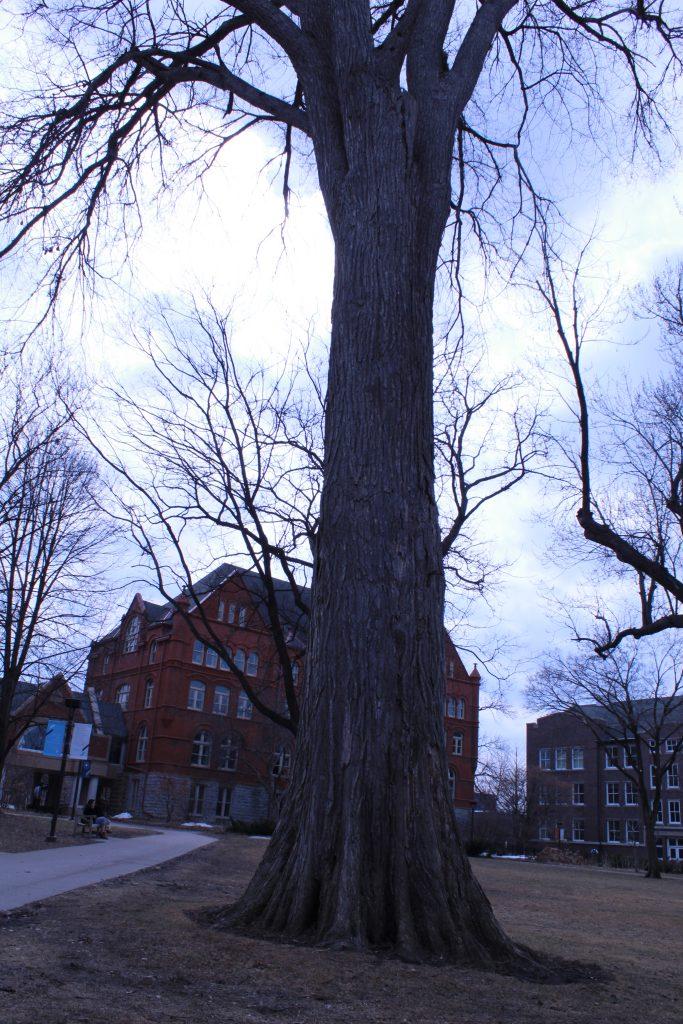 The Sustainability Office received a $2500 grant this January to plant 35 trees in the greater Saint Paul area. The initiative is part of the office’s Urban Trees and Offsets Pilot Project, which aims to help Macalester reach its carbon neutrality goal by 2025.

The Mansergh-Stuessy Fund for College Innovation of the Saint Paul Foundation — which has also offered seed grants to Gustavus Adolphus College in St. Peter, MN and Hamline University in St. Paul — funded the grant.

In 2007, President Brian Rosenberg signed what was then the American College & University Presidents Climate Commitment, now renamed the Carbon Commitment. The commitment requires the college to strive for carbon neutrality by 2050; Macalester opted to shoot for 2025 instead.

The tree planting project will provide a way to offset emissions that cannot be reduced by updating college infrastructure.

“[Offsets are] a way of reducing emissions someplace else when we can’t reduce anymore on campus,” she said. “Right now we have no other way of heating our buildings except by natural gas, [and] we don’t have any way to fly to study away without getting on an airplane and using jet fuel.

“We can reduce our emissions [through] energy efficiency, but we still are going to have some we have to emit,” she continued.

Arnt first got involved with the project through her position as a student worker in the Sustainability Office. She believes that her position on MCSG will help her garner support for both the project and Macalester’s carbon neutrality goal as a whole.

“Being the Sustainability Officer for MCSG, I knew I wanted to do something with the Sustainability Office to help us push our goals,” Arnt said. “I did something for Zero Waste by 2020 last semester and I figured this would be a perfect opportunity to do something for Carbon Neutrality by 2025.” Arnt and Savanick Hansen also hope this project will give the greater Macalester community an opportunity to get involved with sustainable initiatives.

Right now, the Sustainability Office is considering making a tree-planting event part of the Into the Streets programming during New Student Orientation.

Savanick Hansen hopes that the project will raise awareness of just how important trees are to improving the college’s carbon footprint.

“A lot of times people don’t understand that,” she said. “They just see a tree and they might say ‘trees are good,’ but they don’t actually know that this tree is gonna be doing all of these [beneficial] things. An urban tree, in its lifetime, will sequester carbon and it will uptake water and it will help [the] air quality… This project will have several legacies.”