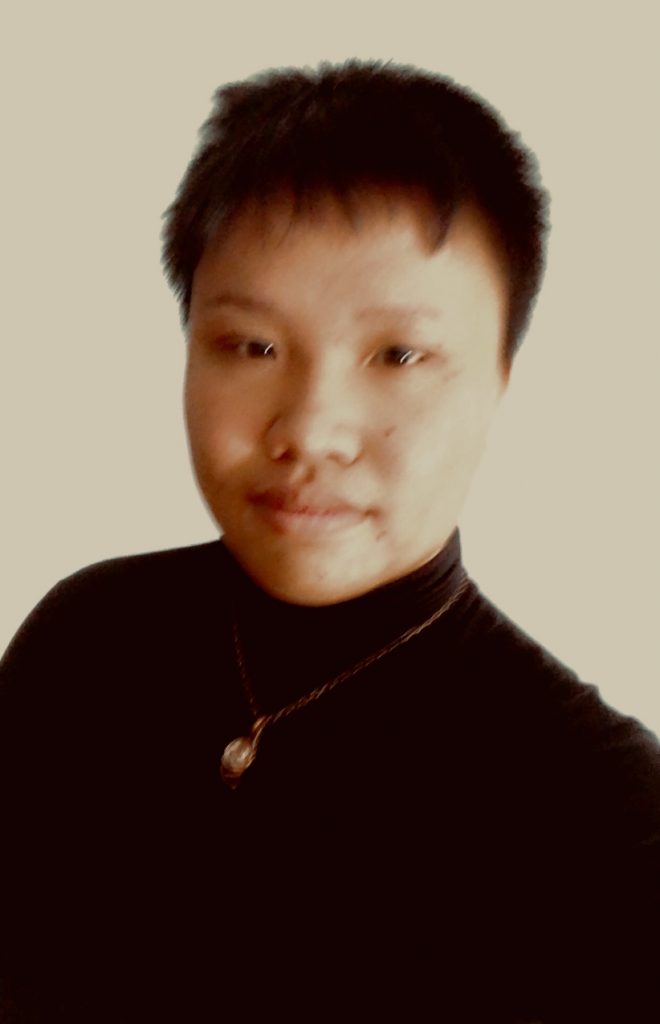 Albert Lee '20 began writing for Intro to Creative Writing and has gone on to have poems published in several journals. Photo courtesy of Albert Lee

When Albert Lee ’20 signed up for Intro to Creative Writing in the first semester of his sophomore year, he didn’t expect to end up publishing his poetry.

“The reason why I took it was that I heard it’s the easiest way to get your fine arts requirement out of the way,” Lee said.

After taking the intro class, though, Lee found that he had a knack for poetry. With encouragement from his professor, Wang Ping, and the help of a submissions website, Lee started sending his poetry to publishers.

“I just tossed my poetry into, like, 10 submission portals. I got rejected from nine of them, but one of them took my poetry,” Lee said. That one made a bigger impression than the nine rejections.

Since then, Lee has had poetry published in several journals and dedicated more time and energy to writing.

“This is what sparks joy,” Lee said. “I have never enjoyed doing something so much, like, how I enjoy writing.”

Lee looks for inspiration everywhere, especially in the people around him. “I’ve been doing this thing where I get coffee with a friend every morning. Every single morning, a different friend,” Lee explains. “Somewhere along the conversation they’ll say something that’s really eye-opening or really cool, and then I’ll write it down in my notepad.”

Lee opens his phone and scrolls through his notes, laughing when he finds a good quote.

“My friend the other day, she said, ‘My mom told me I need less Cardi B and more cardio.’ These are just really good lines that just happen in the world, and you have to capture them and put them down on paper before they disappear,” Lee said.

Lee reads a lot of poetry, as well. He follows some of his favorite poets, including Ocean Vuong, Layli Long Soldier and Jenny Zhang, on Twitter to keep up with their newly published work.

Right now, Lee is working on writing a book of poetry about mass shootings in America and the way we remember tragedy.

“I woke up one day a couple of months after the Parkland shooting, and I just realized that I can’t remember the names of anyone who died,” Lee explained. Lee spent the day asking friends, roommates and professors if they remembered any of the names of people who had been killed in the Feb. 14, 2018 shooting at Parkland High School. No one could.

“That’s a problem with our short-term memory, especially in regards to trauma,” Lee said. “We look around and we know something bad happened, but we have this very shallow understanding of it, or this very shallow consciousness of it.” Lee is exploring how these names go from notifications on our phone screens to long-term memories through poetry.

“My project really seeks to capture the essence of memory,” Lee said. “How we get from shallow memory to deep memory is something that I really like looking at and thinking about.”

Because he wants to make sure every detail is right, Lee spends hours researching each poem before he sits down to write it. It’s a change from his usual strategy of just sitting down and writing whatever comes to mind. “For every poem about a mass shooting that I write, there’s at least, like, 30 hours of research that go into it. And that’s literally me just on Google Scholar thinking, okay, let’s figure out what happened,” Lee said. Though the research can get tedious, Lee has learned a lot from it. It’s not only the hours of research that pose a challenge, but also the task of working them into poetry.

“It’s been a roller coaster ride,” he said.

Though his mass shooting project is heavy and time consuming, Lee still makes time for the rest of his interests and hobbies. Aside from his creative writing minor, Lee is working on his Asian studies major, as well as minors in economics and American studies. He’s planning to spend 11 months studying abroad in Tokyo next year.

“While I’m there, I’m definitely thinking about writing poetry, but I think I want to write more in Japanese,” Lee said. “I think that would be really interesting to just change the language and see what happens.”

Writing poetry in Japanese won’t be Lee’s first experimentation with language — in his spare time, Lee translates shows for Netflix.

“I worked on Terrace House, which is just now finished, and then I worked on Tidying Up with Marie Kondo, which is a lot of fun … and then I do a lot of Chinese TV shows as well,” Lee explained. He translates between English, Japanese, French and Chinese.

Lee traces his passion for language and translation back to his childhood in Hawaii, where his parents moved from Taiwan since they believed the American school system would be better than the Taiwanese one.

“I’ve been exposed to language a lot growing up, and that’s something that I’m really lucky to have experienced,” Lee said.

His translation skills have come in handy beyond translating Netflix shows, too. “My parents, they’ve been here for thirty-something years, and they understand English pretty well, but poetry is still not regular English,” Lee explained. “I took a couple of the poems that I wrote, and I translated them into Chinese, and then I gave them to my parents.”

“I honestly think that was one of my biggest achievements — giving my parents an opportunity to understand what I’m doing,” Lee said.

Aside from researching, writing, translating and class work, Lee also does some sewing for drag shows and a bit of quilting just for fun. He’s also writing and illustrating a picture book with several friends that deals with adult topics, like racism and microaggressions. Even with a wide range of side projects, Lee is enthusiastic about all of them.

“I do a lot of different fun things, and I’m passionate about all of them,” Lee said.

Ping, Lee’s first creative writing professor, pointed to this as a trait that makes Lee a poet.

“A poet must be open to live fully, experience fully, [connect] everything. It is very risky, and not everyone is willing to live like that, but Albert is,” Ping wrote in an email to The Mac Weekly.

“I guess he doesn’t really have a choice. He’s born to be a poet,” she continued.

With these many passions and the emotionally draining task of researching and writing about mass shootings, Lee has developed a way to keep his mental health in check — he calls it emotional budgeting.

“I definitely think that we need to start treating our energy like our money,” Lee said.

Every weekend, Lee looks over his to-do list for the week to make sure he has the time and energy to get around to all of it. If he can’t, he cuts something out.

“There were periods in my sophomore year when I was just like, ‘wait a minute, I’m getting published, I’m getting money, yet I’m depressed – what is going on here?’”

Since figuring out an emotional budgeting system, Lee says he’s had less hours-long writing sessions, but he writes much more frequently.

With such a variety of interests, Lee isn’t entirely sure where he’ll end up after college — he’s thinking of going into publishing, completing an MFA program or researching Asian cultures. Even with some things up in the air, though, Lee is confident he’ll always be writing.

“I don’t have a set, ‘this is what I’m gonna do in five years.’ That never works out,” Lee said. “But I know that regardless of where I am in my life, I definitely want poetry to still be a part of it.”