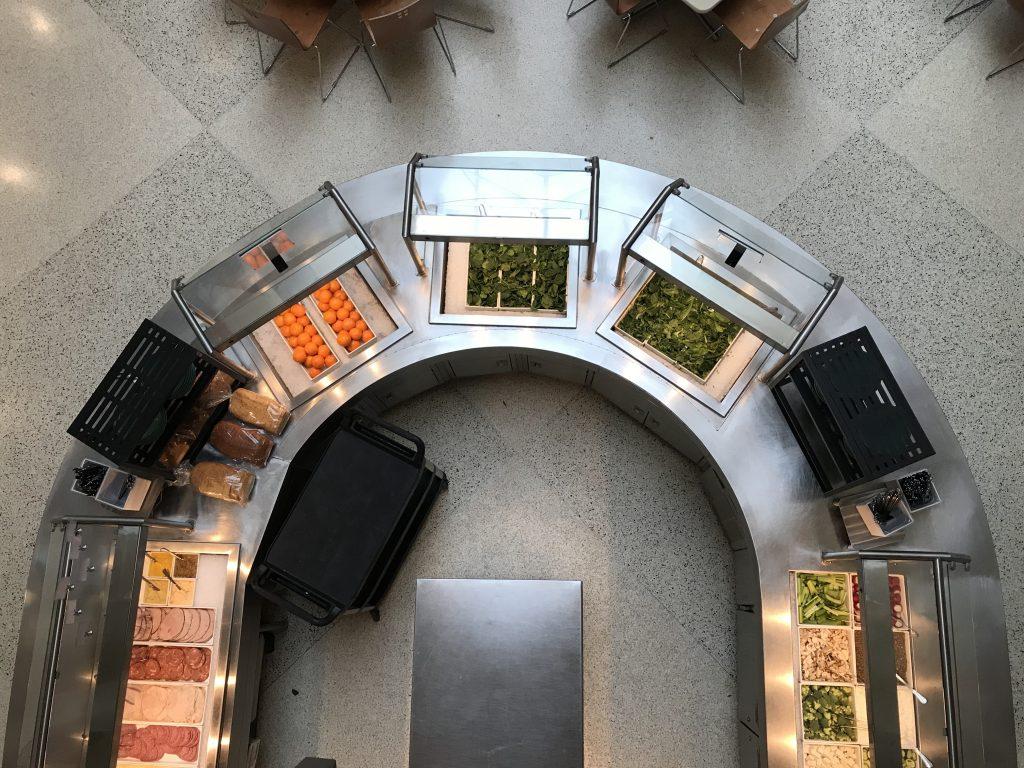 In an effort to lower the college’s carbon footprint and bring healthier food to campus, Macalester joined the Real Food Challenge (RFC) in the fall of 2012. After seven years of complications, arduous data entry and few results, the Sustainability Committee is reconsidering that commitment.

“I don’t want us to sign something and then say, ‘Oh, this is too hard, so we’re not going to do it anymore.’ I’d like to figure out a way to have something similar to the Real Food Challenge that says something… within the spirit of the law, not the letter of the law,” Sustainability Manager Suzanne Hansen said.

RFC, a national endeavor, began in 2007 with a lofty goal: to shift one billion dollars of existing university food budgets away from industrial farms and toward humane, fair, ecologically sound and local and community-based food sources. Those four criteria encompass what the Challenge describes as ‘Real Food.’

Currently, 43 colleges and universities and four statewide university systems are committed to the RFC. To join the challenge, an institution must commit to a 20 percent Real Food goal.

“Our initial estimates when the commitment was signed was that we were already at about 20 percent, and we set the goal of 30 to increase our real food percentage and decrease our footprint,” Sustainability Project Coordinator Kurt Miller said.

But since joining, Macalester’s Real Food percentage has decreased. This is in large part due to the cumbersome data entry and particular requirements of the RFC.

On March 8, Sustainability Office Student Coordinator Lydia Sulik ’20 presented a proposal to leave the RFC at a meeting of the Sustainability Advisory Committee.

Sulik has been aware of the program’s pitfalls for a long time.

“I first was involved in the Real Food Challenge itself and doing some of the research and data entry my freshman year,” Sulik said. “I got to see firsthand the amount of work that has to go into it.”

The RFC mandates that, twice a year, participants input all purchasing information for a single month into a spreadsheet. The challenge coordinators then use those numbers to calculate Real Food percentage.

The data entry process is rigorous. Student volunteers go line by line, entering every Bon Appétit invoice into a spreadsheet. If something is so much as capitalized wrong, the data may be rejected. This is time, Sulik argues, that could be better spent elsewhere.

“I’d much rather have spent that time doing research into ‘where are we actually getting your food?’ and ‘can you get it from somewhere else?’” Sulik said.

Once the RFC receives the data, it must review the numbers and decide what counts as Real Food. Macalester just now received a Real Food percentage from numbers submitted in January 2018.

“We thought we got it all done, we got it all in, we’d get our number, but [the RFC] haven’t [sic] approved those numbers yet, because they find some sort of issue with them,” Miller said. “The numbers that we entered in winter were from the preceding September. That data is almost two years old at this point.”

“When we first were using [Hastings], they were able to count [as Real Food] because they were smaller,” Sulik said. “But because more institutions like Macalester are using their dairy, now they’ve been earning more money.”

After the RFC determined that products from Hastings stopped counting, the college’s Real Food percentage dropped from 17 to 14.

Getting the numbers is only the first obstacle. The RFC also requires a plan to increase Real Food percentage over time. In seven years, Macalester hasn’t been able to formulate a plan.

“The Real Food Challenge has several steps,” Hansen said. “One is to do the calculator, then you need to come up with a plan to increase your Real Food percentages. We’ve gotten stuck in doing the data collection, so we haven’t had any time.”

Colleges using Bon Appétit as their cafeteria vendor often find it more difficult to comply with Real Food standards because the company has their own local, humane and fair trade standards. Through Bon Appétit’s Farm to Fork initiative, 20 percent of ingredients come from within 150 miles of the college.

There are slight differences between the RFC and Bon Appétit’s own corporate-wide commitment. Bon Appétit, for example, considers Hastings Creamery’s products to be “Farm to Fork,” their equivalent of Real Food.

The company tracks purchasing through a Food Standards Dashboard. The dashboard is a visual reporting and tracking tool that ensures purchases are compliant with Bon Appétit’s commitments. The data is updated every month.

“The Bon Appétit Dashboard — it didn’t exist when we set up the Real Food Challenge — has much better data, much more comprehensive data, and we don’t need to hand input things into a database and then wait,” Hansen said.

While somewhat simpler, using the Dashboard can be challenging. Because it is corporate proprietary knowledge, the Sustainability Office can’t use the Dashboard visual directly, only the information. Student involvement would also decrease, and the Dashboard doesn’t track certain criteria.

“What [the Dashboard] does not show, however, is their fair trade and organic [purchases],” Sulik said. “We are still interested in getting that data, we just have to work directly with Bon Appétit chefs to get it.”

At the March 7 meeting, the committee heard Sulik’s proposal. They eventually decided it needed student support. The idea to join the RFC was backed by students, and so should the idea to leave, the committee decided. Leaving would also require the approval of President Brian Rosenberg, who signed the agreement to enter the RFC initially.

“The Real Food Challenge wants us to discuss and reaffirm our commitment to the challenge very soon, and I want us to tell them ‘okay, we want to leave.’”