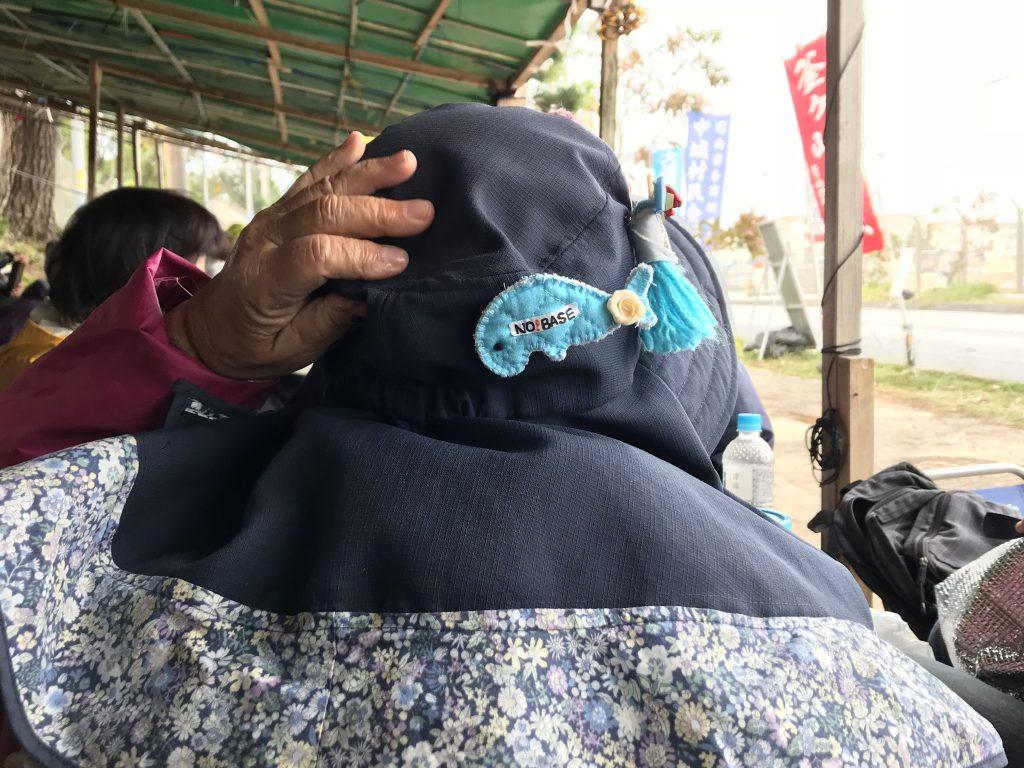 On December 26th, 2017, protesters in Henoko, Okinawa, Japan reached their 5000th day of protest against the ongoing presence of the U.S military. With over 500 protesters, the people of Okinawa continued their fight against U.S. military occupation.

Transferred from one imperial power to another, Okinawa represents a forgotten space of colonial conquest. Once the independent Ryukyu Kingdom, it was annexed by Japan in 1879. A brutal program of cultural and linguistic assimilation followed, the reverberations of which continue today. In 1945, Okinawa was the site of the last battle of the Pacific War, part of Japan’s strategy of sacrificing the islands to protect the mainland. Since Japan’s surrender at the end of WWII on August 14th, 1945, the U.S. military has continued to occupy Okinawa.

Today, the group of islands embody a dual role as popular tourist destination and host of a disproportionately high number of U.S. military bases. 74% of U.S. military facilities in Japan are on Okinawan land, despite it comprising only 0.6% of the country. It hosts 47,300 military personnel and civilian contractors – half of all American soldiers in Japan. The construction of a new base in Henoko, continual violence, sexual assault, and environmental degradation prompt continued protest and resistance by Okinawans.

From a purely practical standpoint, their fight is a lost cause. In 5000 days of protest, barring the occasional sensational incident, the activists have been ignored by national and international media. The Okinawan government provides them limited support, if any. Younger generations of Okinawans, more concerned with the wellbeing of their families, are incapable of joining the protests or view them as pointless and unnecessary. The Japanese government and the U.S. military – powerful, well-financed institutions, exercise unchecked control over the islands. The most recent opportunity the community had to create any kind of change, in the local Naha city election, failed. In February, Inamine, the incumbent opposed to the U.S. military base, lost the mayoral election to a pro-base candidate backed by the Japanese government. Construction trucks continue to roll into the gates of the military base, and the police continue to drag protesters away. The historical trend of marginalizing the Okinawan people, socially and economically, continues to endure.

And yet, they resist.

This past Tuesday, April 23rd, marks 1 year since the start of the landfill construction of the bank area in Henoko. More than 500 protesters from all over Okinawa and the country gathered to sit-in for 6 consecutive days.

How might we understand this unyielding protest? How do we make sense of this tedious routine that leads nowhere, is often dangerous, and remains largely ignored by the world? Is it a futile effort, born of elderly paranoia and an outdated, if charming, love of nature? Or is it a testament to something more than that? What can this aged protest community, woolen dugongs sewn onto their bucket hats, teach us about resilience?

Perhaps, broadly, that it thrives in community. The protests have fostered a deep sense of comradeship among the activists, as they share meals, sing protest songs, tell jokes, and refer to each other as family.

The resistance in Okinawa can teach us about selflessness. The protesters remain conscious of what future generations will have to combat if nothing changes. Their motivation stems from a desire not to repeat history, and for younger generations not to experience the pain and violence they once did. Urashima-san, an author and activist, expressed that she does not “…despise individual military men. The marines stationed here are usually the youngest soldiers from the U.S. They are people who are underprivileged; many of them join the military to get benefits and an education. They are people, too, they are also victims of American militarization.” Echoing popular sentiment among the protesters, she recognized the humanity of the occupying force, themselves people, caught up in the agenda of a powerful institution.

Although these issues are seemingly distant, the activists consistently recognized that U.S. militarism, the exploitation of marginalized populations, and the violence it all engenders, against people and the environment, are global issues and are not, in fact, unfolding in isolation.

These 5,121 days of protest have drawn protesters from across the country and delayed construction of the new base in Henoko. Although seemingly small successes, the people continue in hopes that something someday will change. And while civil disobedience and community organizing are highly effective methods of resistance, perhaps the most powerful tactic is an unyielding sense of hope, a deep-rooted faith in the ability of a unified and persistent people to confront even the most daunting of forces.