Revival: A fried chicken restaurant worth all the heartburn 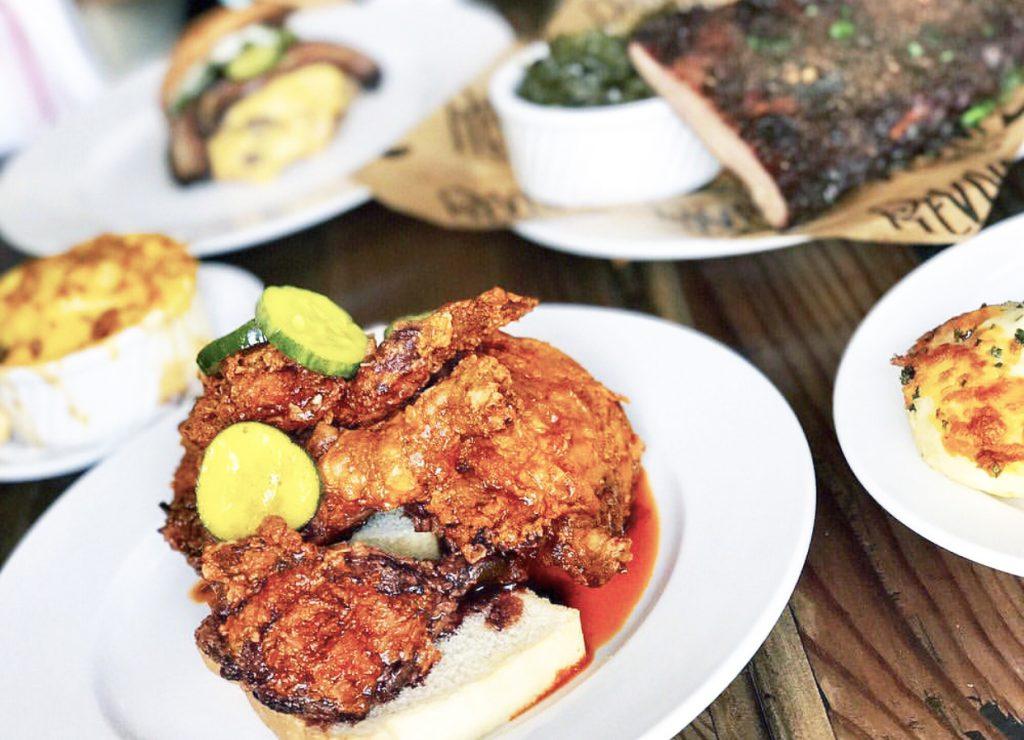 This week I visited Chef Thomas Boemer and Nick Rancone’s Revival, to see if it was truly worthy of the lines that often pour out of its doors on Selby. A two-time James Beard semifinalist, Boemer is known by many as the “King of Pork,” a name bestowed upon him after a big win at the Grand Cochon cooking competition in Aspen. The crowned king of hog also knows his way around poultry: Revival produces arguably the best fried chicken in the Twin Cities since first opening its doors in Minneapolis in 2015. I made the mistake of going during opening week, was greeted by a three hour wait and decided I would go once the hype died down.

Unfortunately for me, the people and press of the Twin Cities continued to sing Revival’s praises, leading to frequent long waits. Three years after my initial attempt, I made my triumphant return to the St. Paul location for a late night dinner, which ultimately led to my decision that Revival is the real deal and Boemer is a fried chicken master.

Revival St. Paul opened in December 2015, and sits across from The French Hen Cafe on Selby Ave. Rancone and Boemer’s second location boasts a square footage more than double that of their Minneapolis restaurant, featuring a warm atmosphere made possible by much exposed wood, an orange wallpaper and funky light fixtures. The orange backlit bar is contrasted by bright blue chairs, but the food is the real standout at Revival. Eleanor Noble ’17 and I arrived around 8:15 p.m., and were sat after a short ten minute wait. We steered clear of the the $14 dollar cocktails, but spared no expense when ordering food. Soul food is better shared, so we collectively ordered a ½ bird of fried chicken, bourbon glazed carrots, mac and cheese, cornbread and slaw. This was a bit ambitious but made for a truly magical dining experience. Each dish was better than the last. The fried chicken, which can be ordered at three different spice levels or gluten-friendly, was tender and flavorful with a perfectly battered and crispy skin. A ½ bird produces five giant pieces, and is reasonably priced at $19.

I believe in judging a restaurant by its side dishes, and Revival did not disappoint here. The mac and cheese was awe-inspiring, with a golden, crispy top and a sharp and creamy center. Surprisingly complex and flavorful, the cole slaw had a creamy horseradish sauce, which was a nice complement to the spice and salt of the other dishes. The bourbon carrots were the best vegetables I have ever put into my mouth, glazed with a sweet, melt-in-your-mouth bourbon reduction. While appreciated, the cornbread paled in comparison to the other sides due to a bit of dryness and lack of honey butter (a must-have companion to corn bread in my book). I would go back to Revival just to eat these sides, which could easily be made into a meal at $4-$6 a piece. Noble and I ended our embarrassing yet delicious feast with a piece of butterscotch cream pie, which only further cemented Revival’s place on top of my must-visit Twin Cities eateries.

If you want to make fried chicken at home, it won’t be as good as Chef Boemer’s, but you can find his recipe at Minnesota Monthly’s website. While it may seem like an easy task, frying poultry to perfection is no small feat and requires a thermometer to keep track of the oil’s temperature. I was missing this ever-important tool, and my chicken, while good, was inconsistently battered and fried. This disappointing result means that I will have to return to Revival, hopefully sooner rather than later.

Revival is located at 525 Selby Ave in St. Paul.