Looking Up to a Pervert: My Memory of Garrison Keillor 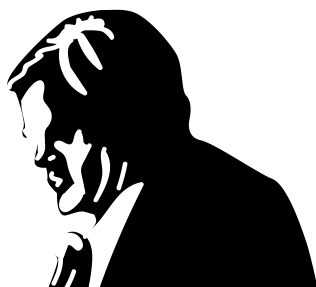 How do I start this? I suppose the best way to venture to tell this story is by starting with what got me thinking about this in the first place.

I always pick up a print copy of the paper on Fridays. I enjoy reading the thoughts and opinions of my peers as expressed through this publication. It’s an important document for me in my weekly routine. However, when I took a look at the front page headline this past week, I paused when I read, “Keillor Harassed Mac Student In 2012, College Standing By Bookstore” by my friend Abe Asher. I had already known that Garrison Keillor was being accused of repeated sexual harassment by several women; I knew why he had been fired by Minnesota Public Radio; I couldn’t understand it then. Reading this article, though, it was different. I don’t know why my heart sank. I read the limerick that he wrote and I felt sick. My stomach churned hastily. As I kept reading every line hurt more. I think it damaged a memory; one that was both powerful and significant. So let me go back and explain.

My parents are dedicated listeners to NPR. This meant that both my sister and I were dedicated listeners as well. Every morning before school, as my sister and I would watch Tom and Jerry cartoons along with breakfast, my mother would tune the radio to the news. “Morning Edition” was on. Every Thursday night when my dad would drive me back from music lessons downtown, I would hear the jingle of Marketplace. It was a staple in my familial lexicon.

My parents always knew the importance of being informed and aware of the world around them. Whenever we were around the house, the radio would be on in the background and it acted like a glue for my family. I enjoyed it. Saturdays, however, the programming would switch.

As we’d have the radio on over breakfast, all of us sitting around a small black table, talking, laughing, I would hear the soft piano jingle of B.J. Liederman indicating that “Wait, Wait…Don’t Tell Me” had come on. We’d laugh and we’d finish breakfast, wash our dishes, and relax and then gather in the living room where, at 4 p.m., we would all sit down together, my mom usually reading the Star Tribune, my dad right next to her and I on the couch adjacent to them.

We would quiet down as we heard the Duke Ellington blues chords of a piano, and then of an accompanying guitar, and then I would hear the lyrics, “I hear that old piano from down the Avenue. I smell the pine trees, I look around for you… Oh, my sweet, sweet, sweet old someone coming through the door. It’s Saturday and the band is playing, honey, could we ask for more.” A Prairie Home Companion was on. I would listen intently, hearing the stories, the characters, the music. Everything from “Guy Noire” to “The Lives of The Cowboys” to “The News From Lake Woebegon.” My parents would laugh and I would laugh along with them.

It wasn’t until I was 13, after I had returned from living in Europe, that I really started to appreciate it. I had a certain amount of pride in the fact that this was a thoroughly Minnesotan show. When I wasn’t there, it would remind me of home. Being thousands of miles away from home in Switzerland made me feel distant and estranged to the only home from I’d ever known. The soft words of Garrison Keillor kept me connected. Even when I was in high school living in California, it still made me feel proud to be Minnesotan. I grew to appreciate the storytelling, the humor, the commentary and the heart of the show. It all connected back to Keillor for me. The show was his creation. Everything about the show flowed through him and he had a presence through the sound waves unlike anything I’d ever felt. He was honest, funny, heartfelt and meaningful. To me, he was the quintessence of what it meant to be a midwesterner.

When I got sick in high school, things got hard. I was in pain, I had anxiety, I was depressed and there were times when I couldn’t help but lay in my bed and do nothing. Listening to Keillor’s words, his poems, it made me feel warm and cozy. I felt some sort of calm listening to his program. It felt good. Naturally, then, it only made sense for me to see “A Prairie Home Companion” performed live to get the full experience. The first time I saw the show live was in 2013 in Paso Robles, California. It was a great show, filled with the stories and music that I expected to hear. The next time I went to see his show live, it was two years later. The venue was Macalester College.

July 4, 2015. It was a beautiful Independence Day in Minnesota: blue skies for miles, a soft summer breeze and smiling faces all around. I was here with my family for a few weeks that summer and after having driven the distance from Fresno to the Twin Cities, we had arrived just in time to see Keillor’s 40th Anniversary show. We got there a few hours early, found a spot on the lawn out in the shadow of Old Main and preoccupied ourselves with getting food and drinks before the show. Some of the musical acts started to play and all around me were the nice midwestern NPR listeners that I would only expect at this show.

My dad then noticed something out of the corner of his eye: while we were eating our hot dogs on top of our blanket on the lawn, Mr. Keillor had come out to start greeting fans.

“You should go see if you can get a picture,” he said. I was apprehensive at first.

I got in line to meet him. To be quite honest, I was nervous. I’d never met someone who, in my mind, had been an American cultural cornerstone for the past 40 years. It was intimidating. There were about twenty people in front of me, and Mr. Keillor’s assistant was right next to him, helping to take pictures on people’s phones and keeping the star of the show on schedule. As I got closer, I noticed that he shook everyone’s hand and took the time to have a brief conversation with each person he met.

Moving further and further up the line, when I finally got to the front, his assistant told him that he needed to get going. He told her, “There aren’t many more people in line. We can see everyone.”

Then it was my turn. I walked up to him and shook his hand. I looked up at him. He had a firm handshake and he was far taller than I was, a truly imposing figure. It was somewhat intimidating.

I gave his assistant my phone so that she could take a picture. After she took the picture, he asked me, “So what’s your name, son?”

“So what have you been doing this summer? Working, or…?”

“Yeah I’ve been working, but I’ve also been writing…”

His face lit up.

“Oh really! That’s wonderful. What have you been writing?”

“Mainly screenplays and stuff, Robert Altman has been an inspiration for me in that way. I know that you did a film with him. That must have been something.”

“Oh, yes, that was many years ago… many years indeed. I do hope you keep writing, Justin. It’s a great thing to do. It takes work, though. Are you up to it?”

I thanked him and ran back to my parents. About a half hour later, the show started.

We sat adjacent to one of the trees along the path from the Campus Center to the library. The late afternoon sun beat down of my face as I closed my eyes and listened to the show. It was peaceful. I felt calm.

Later that year, I applied to Macalester, the place where I met this man. In March of the next year, I heard that I got in. I confirmed that I would attend on May 1, and on July 4, 2016, Garrison Keillor performed his last show. I came here and started studying creative writing. I immersed myself into the liberal arts, sucking the marrow out of life and becoming a person who loves the act of learning. I’ve read everything from James Joyce to Plato, from neuroscience to the physics of renewable energy, from Frantz Fanon to Angela Davis. All of this is with the purpose of being a writer, being a creator of stories.

This brings me to this moment in time.

My grandmother bought me a book for Christmas. It was a book of poetry edited by Keillor, titled Good Poems for Hard Times. It made me feel weird to pick it up. It felt dirty with the name attached to it. But inside were the sonnets of Shakespeare, the free verse of Walt Whitman, the writings of Jennifer Michael Hecht. I looked at it, but I am afraid to pick it up again, simply for the name on the cover. It felt like a weird amalgamation of what I’m feeling now.

I am stuck between the memory of this man, the visage of an honest, down to earth individual who loved the stories he told, and the reality, that of a man who has hurt people, who has hurt women, who has made many women feel gross and disgusted. I think about it and all I can think to do is blame myself, blame the guy who ever liked him in the first place. I can’t know how to feel because to me he was an ideal. But that’s been squandered. It’s been kicked right into the dirt. I cannot support a man who has made these actions. I’ve been lied to. I’m angry that this man who was meant to be an ideal for me, who was meant to be a representation of something great in my life, who was guiding me to be a better person, couldn’t be a good man, couldn’t do the right thing. Now, however, I am in anguish. Because he’s a man who meant so much to me, so much to so many millions of people across the country. Now, he’s just another pervert. Just another man.