Changing Our Culture: Men Can and Must Do Better 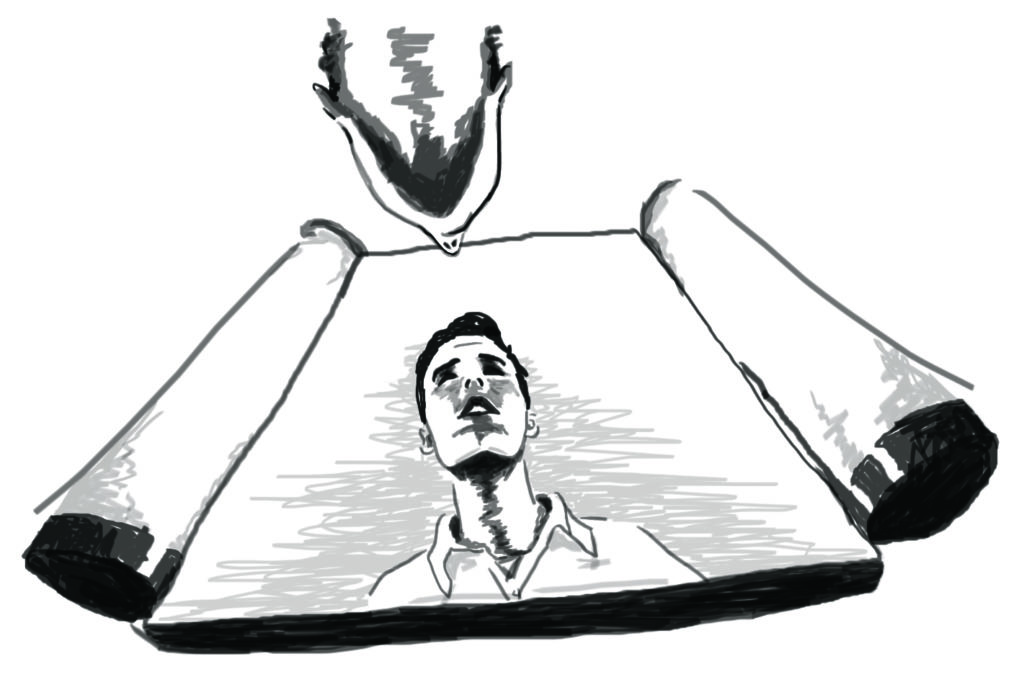 Our culture cannot change until men honestly scrutinize their own behavior. Graphic by Maya Rait ’18.

The #MeToo era is momentous. Many courageous people, the vast majority of them women, have come forward with stories of sexual assault and sexual harassment. They have been believed more than ever before. The consequences for the perpetrators, almost always powerful and prominent men, have been larger and swifter than ever before. Victims now have a level of support that they have never had before. Long overdue progress is beginning.

The #MeToo era, however, has also been as difficult and daunting as it has been hopeful. In addition to the pain, the size of the problem has been revealed to all who had not understood it before. It should now be abundantly clear to all who did not previously understand it that our culture is thoroughly and deeply flawed. If sexual assault and sexual harassment were diseases, they would constitute epidemics of huge proportion, supported by a fertile environment. A huge number of people are victims, and our culture normalizes and condones the behavior that harms them. This behavior cannot be acceptable. The culture needs to be changed, and men to help change it.

There have been two gaping holes in the #MeToo era: men have not spoken out nearly enough, tending to call out the problem generally instead of themselves and each other; and, as a society, we have not talked enough about what the standards for behavior should be. Men need to fill these holes. We need to change how we think, how we behave, and we need to admit that in ways large and small, direct and indirect, we all have been part of the problems of sexual assault and sexual harassment. I have not been perfect, including at Macalester. I have said and done things that are not in keeping with how I should or want to conduct myself. Admitting that is painful and also necessary for progress. The culture will not change until we do. Beyond following rules and guidelines, we need to actively think about the effects of our behavior.

The fundamental standard of what is acceptable behavior is broken and inadequate, and it needs complete renovation. It should be the following: any physical or verbal, sexual behavior that infringes on anyone’s happiness, comfort, feeling of equality, or ability to engage fully in their environment should not be acceptable. Neither should remarks that create a culture where such behavior seems acceptable. We need norms and rules against bad behavior, and we need to follow them and take them seriously.

I challenge all men, and society, to do even better than rules and norms. I challenge us to make a concerted effort to imagine how anything that we might do could have any negative effect, irrespective of whether it would violate a norm or rule. I also challenge us to understand how damaging our failures in this area are, and to err on the side of refraining from doing something when there is any shred of ambiguity. We need to practice empathy and common decency instead of doing the minimum to comply with a rule. Humans have a pretty good sense of what demeans and harms others, and what would hurt us if it were done to us. If every man were to follow this model, our world would be a better place. If every man who did this advocated for it publicly and held other men to the same standard, many more men would change their behavior.

At Macalester, where many students are new to sexual interaction, where some students have had very little quality education around issues of sexual assault and sexual harassment, and where students face new situations that they are trying to figure out how to handle, it is especially important that students think thoroughly about the effects of their behavior. Parties would be better, hook-ups would be better, and the way that we talk and understand these things would be better.

Our culture cannot change if men are not a major part of the change. Men are most of the problem and hold the majority of positions of power. Male commitment to this issue is both the right thing and the most effective thing. Men have a crucial role to play and we need to embrace it.