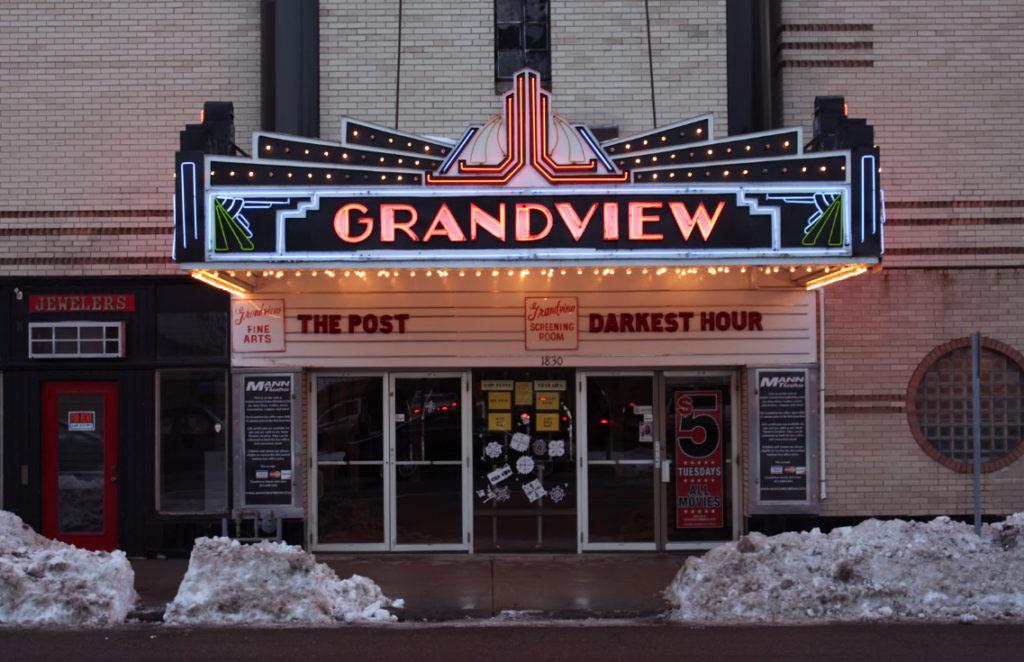 Steven Spielberg revisits the 1971 leaking of the Pentagon Papers — classified documents detailing the extent of clandestine US activity in the ongoing Vietnam War — in this tense political drama. Battle lines are drawn between government and press as the Washington Post decides whether to publish the Papers in the face of legal and financial consequences.

The film opens on the ground in Vietnam with military analyst Daniel Ellsberg (Matthew Rhys) documenting the war for a State Department study. Ellsberg returns to the US disillusioned by the Nixon administration’s lack of transparency regarding the failure of the military campaign, and begins leaking photocopies of the classified study to the New York Times.

The Times publishes the documents, and the response from the Nixon administration is immediate: the Times is accused of violating the Espionage Act, and ordered to cease further publication of classified material.

A day behind the Times, Washington Post reporters working under executive editor Ben Bradlee (Tom Hanks) race to find the source of the Pentagon Papers. At the same time, the Post’s owner and publisher Katharine Graham (Meryl Streep) negotiates the process of taking the paper public. When assistant editor Ben Bagdikian (Bob Odenkirk) tracks down Ellsberg and the classified documents, Graham must choose whether to publish and risk federal retaliation.

Though the film’s ending has likely been spoiled by high school history for most, the strengths of the film lie not in the events themselves, but in the way they are retold – in the depth and development of characters, the breadth of their relationships, the striking allusions to current events. Bradlee ends up the main advocate of publishing the documents and a voice for several of the film’s major themes, including the critical significance of the first amendment rights to freedom of speech and press. However, his morals cost him the memory of a close friend, former president John F. Kennedy, whose culpability is also exposed in the Pentagon Papers.

And the decision faced by Graham is on a different scale entirely. Widow of the Post’s previous owner and daughter of the owner before that, her responsibility is the fate of the newspaper — and the Graham family legacy — as heiress of the Washington Post Company. If she allows Bradlee to publish, the paper could face legal prosecution, causing investors to withdraw their financial support; by withholding the documents, she would be violating the journalistic mission of the paper itself.

But as a woman in 1971, talked over and down to constantly, underestimated and unappreciated, Graham’s decision represents much more than just the fate of a newspaper; also at stake is the publisher’s personal struggle to reconcile her identity as an influential female figure. Streep’s elegant performance as Graham captivates as the publisher agonizes over what to do, fielding advice from the male figures around her — namely Bradlee, the company board, the Post’s legal team, and Fritz Beebe, the Post’s chairman and a trusted advisor — while dealing equally with her own insecurities.

Nor does Spielberg shy away from the deeply personal drive behind the decisions Graham makes. Rather than idealizing her into an unerring Samaritan, the director acknowledges the realistic motivations of a wealthy, high-strata figure; in considering either option, it is always clear that Graham is driven most by her desire to maintain her family legacy. The understated grace of the film’s unflinching commentary on gender inequity is perhaps its greatest strength. It breezes through the Bechdel Test as a legal intern expresses her admiration for Graham, and again during Graham’s moments of vulnerability with her daughter (Alison Brie). One of the most poignant scenes is an exchange between Bradlee and his wife, Antoinette Bradlee (Sarah Paulson), in which she articulates the hardships of life as a woman in the 1970s.

Told somewhat conventionally, the film is technically robust, if occasionally erring a touch to the dramatic. Early on in the film, for example, Ellsberg photocopies the study he is preparing to steal. The analyst is surrounded by sharp-edged shadows as he photocopies classified documents, his face illuminated by the light of a scanner. These visually theatrical cues are somewhat unnecessary; the gravity of the situation is already clear. Elements of Spielberg’s signature style resound throughout the film as well — the quick zooms, high-contrast color grading, subtle long takes, and, of course, a captivating score from composer John Williams.

A clear commentary on the political siege from which modern American journalism retreats, a rallying cry for the freedom of the press, and an elegant commentary on gender inequality, The Post is a strong addition to Spielberg’s long list of movies. For a clear message to take from this film, look no further than the motto inscribed at the top of every issue of the Washington Post:

The Post was released Jan. 12. It is 1hr 56min in length and is rated R. The film is currently playing at the Grandview Theatre.