Bringing Sexy Mac: Hollywood, #MeToo and how we can be better 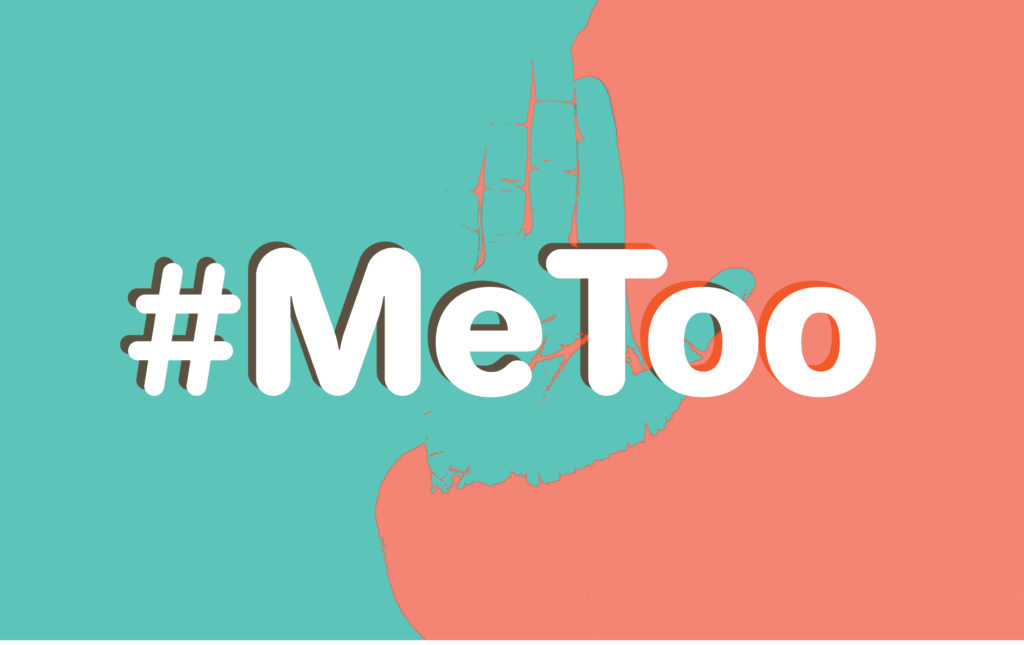 Content warning: this article discusses sexual violence, both in the world and within the Macalester community.

I was hoping to be able to keep this column fun and not-so-serious, while addressing topics and issues that deserve genuine and serious attention. However, I have gotten to the point where I cannot NOT use my platform to address what has been filling Facebook and Twitter newsfeeds: sexual violence — in Hollywood, the rest of the world and at Macalester. Writing with me this week is Madi Taylor ’19, a friend and fellow survivor. While we don’t claim to write on behalf of all survivors of sexual violence, we thought it was time to be louder and use the platforms and resources available to us to talk about our experiences and opinions.

We have, as I am sure many of us have, spent the past few weeks reeling about the Harvey Weinstein sexual assault allegations, the growing number of allegations towards a multitude of high profile and powerful men and the #MeToo campaign that took over Facebook for about a week. As the number of accusations against Weinstein began to grow, more women (and some men) began to expose more powerful men, including Kevin Spacey, Ben Affleck, George H. W. Bush, Louis C.K. and Elie Wiesel, just to name a few. The list has grown tenfold in the six short weeks since the initial Weinstein allegations. And to tell you the unfortunate truth, we’re not surprised — we don’t think most of us are. We’re angry; we’re anxious; we’re tired of victims and survivors having to be the ones who take the responsibility in situations like these, and we’re tired of so many men staying silent.

Almost as tiring, disheartening and just generally infuriating are the men in Hollywood coming out and saying that they knew what was going on all along but didn’t think to say anything because it didn’t affect them directly. Many men, after giving some genuine and some not-so-genuine apologies, go on to make it about themselves. Quentin Tarantino, after issuing an apology and admitting to some genuine remorse for not speaking out against Weinstein earlier, ended his statement with the New York Times saying that he hoped this wouldn’t affect the way his work was perceived by the people. Woody Allen (because someone thought it was a good idea to ask a man who allegedly sexually abused his adopted daughter for his opinions on sexual violence), told the New York Times that he feels for the women involved and feels sad for Weinstein “because he is a sad, sick man,” but at the same time, warns against creating “a witch hunt atmosphere.” The fact of the matter is that men are often separating themselves from their past abusive behaviors, as well as separating themselves from violence against women because they might not have technically “done” anything. This creates a cycle of complacency and normalcy around sexual violence that extends into our day-to-day lives. The men who know that they themselves committed acts of sexual violence but deny it and the men who know friends, colleagues, etc. who commit acts of sexual violence but say nothing are equally contributing to the cycle of sexual violence.

To bring personal experience into this article, I (Madi) was raped in the late hours of the night of my 19th birthday in my Dupre single by a “friend” of mine. While I went through all the “necessary” steps to report and document the assault, I found (and still find) myself facing social repercussions for my choice to speak up.

Though I haven’t been public about it until now, I did proceed with the official process to gain justice for what happened that night. In all honesty, I was naive and misguided in my pursuits. I was under the impression, like I’m sure many of our peers are, that Macalester is an institution that “walks the walk” as much as it “talks the talk.” And for some survivors here, that is the case. For some who come forward, they do gain the justice they deserve, but personally, I was confronted with a harsh reality — that despite acknowledging and admitting that what he did was wrong and punishable, my perpetrator was found “not responsible” for his actions. I was then confronted with the unexpected reality that many of my peers not only “took his side,” but also spread rumors that I made it all up. The problem of not believing survivors is a reality here at Macalester and we need to be better.

Macalester students: these things happen here and we need to acknowledge that. And this is what we ask of you: challenge yourselves, your classmates, your friends, your peers and your teammates to be better humans. Hold each other accountable and believe the testimony of survivors. When one of your friends makes a rape joke or uses “Consent is Mac” as the butt of a joke, call them out and tell them there is no place for “humor” like that, here at Mac or in our lives overall. When a friend of yours is accused of sexual violence, your gut reaction is probably going to be to defend that friend. Temper that reaction. Take a step back and seriously consider that the person speaking out against your friend is telling the truth, as difficult as it might be to realize that. Stop being silent. Stop standing aside and letting your friends and peers get away with violent behavior. Stop hiding behind the guise of “community” or “team” to avoid the uncomfortable conversation that one of your friends hurt someone in an unthinkable way. Use whatever position of privilege you have to elevate the voices of those who are constantly fighting not to be silenced.

The only way things are going to change is if we take action. If we speak up and use our voices to help others and call out injustice. If we have the uncomfortable conversations and disrupt the cycles and systems of violence. Macalester, we need to be better and we can be better.

by By Molly Lloyd & Madi Taylor