Judging a book by its cover in the library 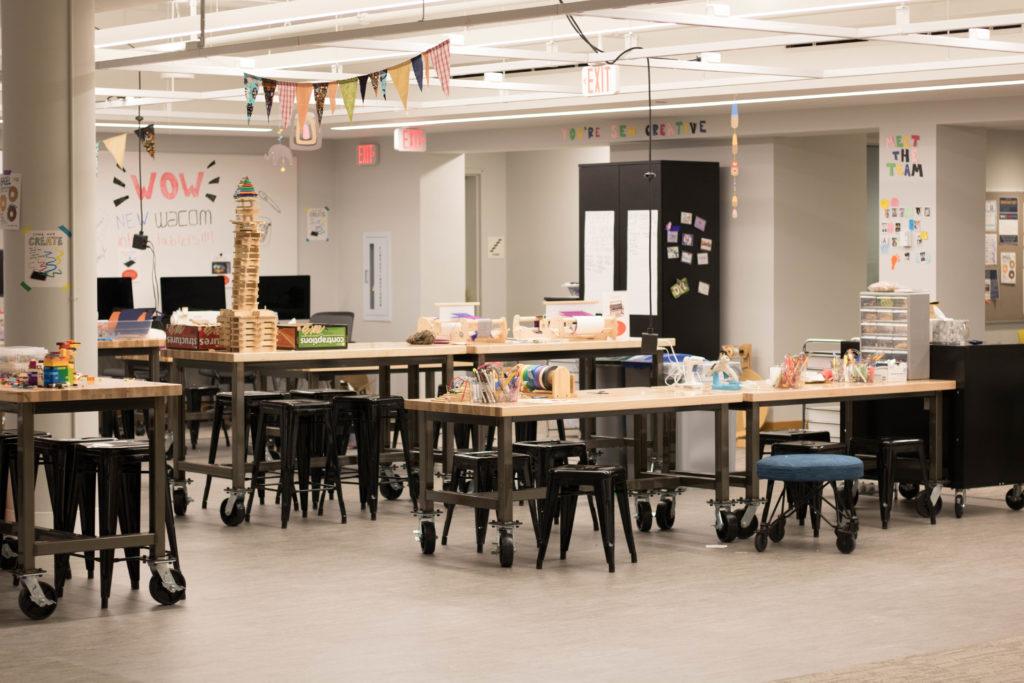 This year, the Macalester library unveiled a new project: the Idea Lab. The space was immediately repudiated by much of the student body.

Why? Why would a major investment in the Macalester library that brought students new opportunities to collaborate, experiment and learn be so thoroughly rejected (at least at the level of public debate)? Unless you’re a first-year, you probably already know the answer.

Some poor soul made the mistake of associating the Idea Lab with Macalester Entrepreneurship, the least Macalester office at Macalester. Now if you know me, you know I stand opposed to capitalism only slightly less than the next political science major. But I still don’t get what all the fuss is about.

While the money probably could have been put to better use in STEM departments where we don’t have enough professors to keep up with student demand for classes, an investment in our shared space on campus seems like it would be a welcome development. The actual result was a flurry of opinion pieces and Change.org petitions denouncing the project and calling for its termination.

The two most widely given arguments were contradictory. First, it was argued that this was a terribly invasive procedure that would allow the evils of capitalism to invade our hallowed intellectual grounds. Immediately after making this point, critics turned right around and said that the space most likely wouldn’t even be that big of a deal, that “they will probably end up sticking some chairs in a room and slapping a placard on it,” so why bother in the first place? Minute changes were expected to bring about the demise of learning for learning’s sake as Entrepreneurship slowly and cruelly transformed the essential character of the school we once held dear.

Then we all came to school. When I walked into the second floor of the library on September 1 to see what had become of my beloved second floor reading room, my jaw hit the ground.

A huge standing desk illuminated with modern-looking light fixtures anchors the room. Beyond that is a kitchenette, and to the right and left are small group work tables with puzzles, games and low book shelves. There are some fine looking couches that you will catch me napping on after my Thursday 8 a.m., new individual and group study rooms and far too many whiteboards. There’s even a 3-D printer.

Contrary to popular belief, books weren’t removed from the library; they were simply moved to the third floor and the basement. No one has lost access to journals or other publications; they’ve been moved online. What we gained in exchange is a spectacular learning space which is aesthetically pleasing, conducive to group work, well-resourced and community-oriented. The negative response to the perceived capitalistic encroachment has been, ironically, reactionary.

So let me ask a hypothetical: if the renovations were no different but had been called the Marx and Sanders Space for Revolutionary Collaboration, Dialogue and the ResistanceTM, would there have been a fuss? Would we still see Facebook comments with cuttingly insightful observations like “bullshit”?

Macalester, we are more clever than this, and we are more aware of our own values than this. If you stand opposed to capitalism’s crushing advance, you have just been handed another tool in your toolkit to build yourself and your comrades. If you believe that collaborative learning is a reward in and of itself, you just got the best playroom ever. If you were worried that the renovation would end up crowding out the third and fourth floors with students looking for study spaces, worry no longer, because no one wants to study there anymore.

Let’s try not to get caught up on labels. The Idea Lab is an incredibly useful space for Macalester students, and even if it was brought to us by Entrepreneurship, are you going to let that convert you into a capitalist? Give a begrudging thanks to BriRo’s other-worldly fundraising skills, and go plot the Revolution in the exact space created by our corporate overlords. That’s what I’ll be doing.