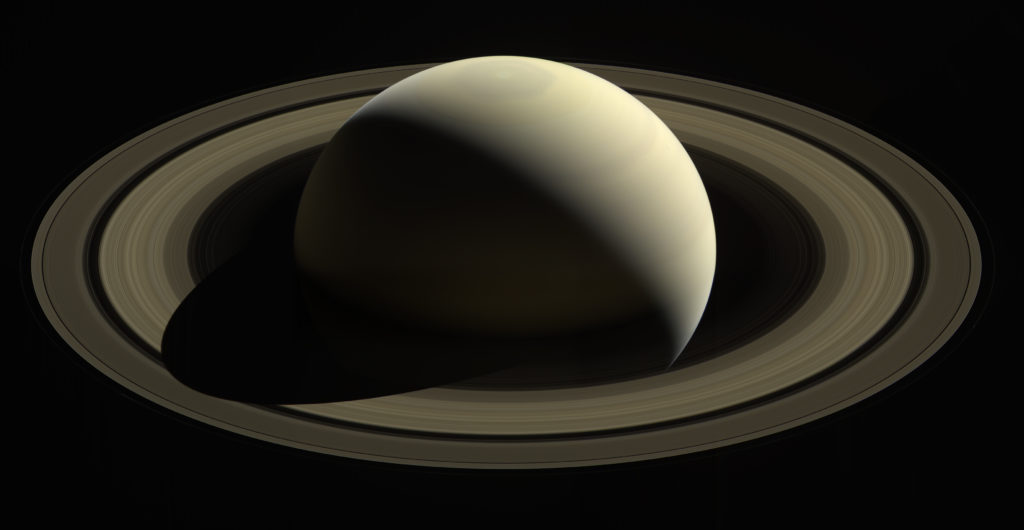 The Cassini spacecraft, aged 19 years and 11 months, died in a powerful display of heroism. The late astronomer, author and science communicator Carl Sagan once said that “for small creatures such as we, the vastness [of the universe] is bearable only through love.”

Cassini’s life mission was to bring a pocket of that vastness just a little bit closer to our hearts — reminding us that love is what matters most.

Cassini was launched on a Titan IV rocket from Cape Canaveral on October 15, 1997. A collaboration between 17 individual countries funded through NASA and the Italian Space Agency, Cassini transcended borders and called us to consider our place in the solar system and in this cosmos we call home. Upon launch, Cassini’s mass was more than 50% fuel. Cassini was the first to enter orbit of the planet for whom the Roman God of Liberation is namesake. Saturn’s majestic rings, abundant moons, rich atmosphere and intoxicating weather liberate and inspire the inner astronomer in all of us.

Despite a long career of observing various features of Saturn and flying by various moons (of which Saturn has 62), perhaps Cassini’s most valuable and unexpected contributions come from its exploration of Enceladus —Saturn’s sixth largest moon. Thanks to Cassini, we now know that Enceladus contains a vast, global, salty subterranean liquid water ocean situated comfortably between a rocky core and an icy crust. Plumes extending from geysers near Enceladus’ south pole contain water vapor, carbon dioxide and various hydrocarbons hinting at geological activity and reminding us of home. The conditions beneath the surface of Enceladus are no more extreme than the harsh conditions where microbial life thrives here on Earth. I suspect it is only a matter of time before we find similar creatures thriving on Enceladus.

Cassini represents the greatest sacrifice. After years of service to humanity and contribution to the bulk of scientific human knowledge, Cassini was committed to ending its life in the most valuable way possible. Through the Grand Finale phase of its mission, Cassini performed a number of death-defying maneuvers between and around Saturn’s rings, maximizing the expansive suite of data taken and recovered. With a dwindling fuel supply, a difficult decision had to be made. Retiring as space junk was not an option. The risk of collision with and contamination of Saturn’s moons was too high. So, Cassini made the brave decision to complete one final heroic mission — diving headfirst into Saturn’s hostile atmosphere and inner layers, Cassini was destroyed. In that process, Cassini collected and sent to Earth every bit of science possible, in a region never before visited, and one we may never visit again. Cassini represents the will that drives us forward, the spirit that pushes us onward and selfless heroism that defines greatness.

We must also remember Galileo, who in 2003 performed a similar mission to Jupiter with a similar fate. Cassini is survived by Viking 1 and 2, who are enjoying their retirement on the surface of Mars, and Voyager 1 and 2, who have left the Solar System and are traveling through interstellar space, faster and farther than any other human-made object before.

For those who seek either a space to mourn the loss of Cassini, or wish to talk passionately about how incredible the universe is, join Physics and Astronomy club for public observing every Monday night (weather permitting) from 8-11p.m. at the Macalester observatory on the roof of Olin Rice. All are welcome. Like us at facebook.com/MacObserving for more details.