Modern and irreverent, Vietgone explores the meaning of “home” 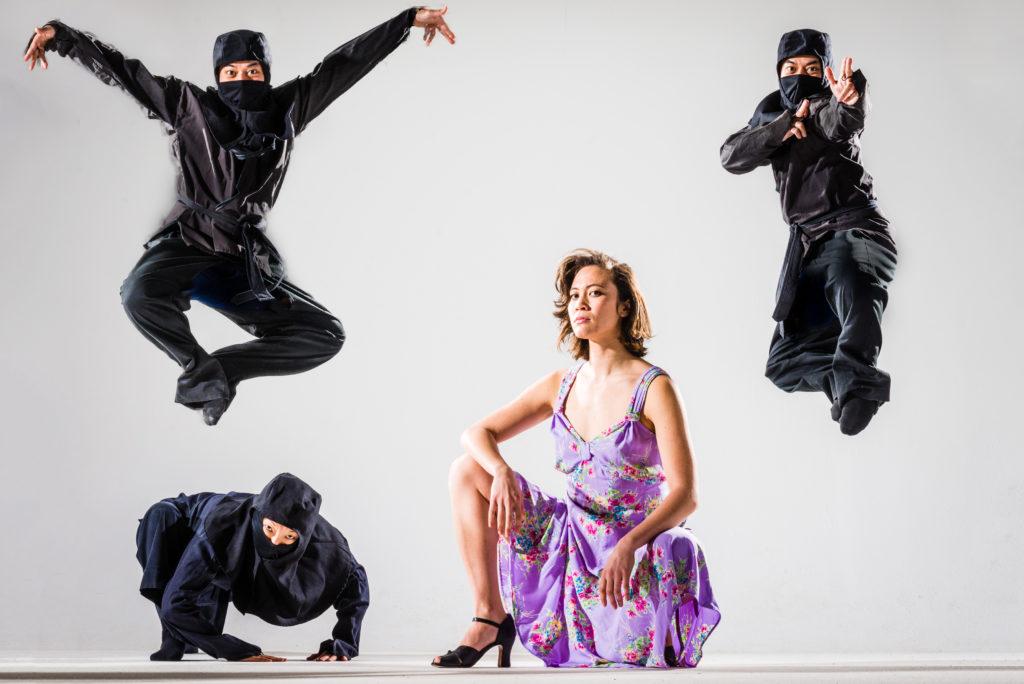 Fantastic show. Unless naughty language bothers you — then Vietgone probably isn’t for you. The play by Qui Nguyen is a potty-mouthed, hilarious and poignant reimagining of the real-life love story between the playwright’s parents, who met in the 1970s at an Arkansas camp for refugees of the Vietnam War. Mark Valdez directs the play, which is showing at Mixed Blood Theatre in Minneapolis through April 30.

So who is this story for? Well, Hamilton fans will probably like it. The story centers around Vietnamese refugees to America in the 1970s, but the tone of the work is firmly 21st century, and by that, I mean: there’s rap. The lead actress, Meghan Kreidler, has that down. As Tong, Qui’s future mother, she owns the stage when she solos, and her confidence fits her character. Tong is a self-proclaimed bitch — she’s got a sharp tongue even around her mother Huong (played with comedic prowess by Sun Mee Chomet) and frequently reminds her boyfriend Quang (played by a handsome David Huynh) that their relationship is just sex. But although she obviously cares about her mother and Quang, Tong might come off as all bark and no bite if it weren’t for her rap numbers, which give her the chance to show the true toughness of her character. Tong may be in love, but that’s only one aspect of her existence — she’s also a woman building a whole new life for herself.

One of the best rap sequences in the show overlaps Tong and Quang’s contradicting uses of the phrase “make it home.” Tong, who practices her English and has applied for placement with an American host family, is determined to make a home for herself in America. Quang, who left behind a wife and kids when Saigon fell, is desperate to make it home to Vietnam and find his family. Quang’s best friend, Nhan (played by an exuberant Flordelino Lagundino), tries to convince Quang that there’s no home to make it back to. Nhan does his best to point out the benefits of America — the not getting killed, the scenery and the burritos are all on his list — but Quang struggles to admit that Vietnam as he knew it no longer exists. This exploration of the phrase “make it home” shows the opposing but somehow connected desires of immigrants to a new country, especially refugees pushed out by war or other conflict, might experience.

The linguistic aspects of the play are ripe for analysis. For one thing, the lines are given in English, even though most of the characters would have been speaking Vietnamese in real life. What makes that choice actually interesting (and so different from the abundance of Hollywood movies in which everyone – everyone usually being played by white actors – conveniently speaks English in countries where few usually do) is that when American characters speak, their English is terrible. An example of what a Vietnamese character in the play might hear from an American character: “Yee-haw! Get ’er done! Cheeseburger, waffle fries, cholesterol!”

But even as the play critiques America(ns), it took an American to write this story. The character of Qui Nguyen (played by Sherwin Resurreccion) briefly frames the play at the beginning, then reappears for a final scene at the end, when he tries to interview his father Quang about the war and gets a talking-to instead. Qui, Quang insists, is Vietnamese, and just being born and growing up in America doesn’t change that. Vietgone reflects a melded identity; it is a story about Vietnamese refugees that those familiar with American pop culture will feel right at home with. The play includes a ninja fight scene and various teasing references to iconic rom-com moments, like the boombox heft in Say Anything and the tabletop kiss in Sixteen Candles. There’s even a group dance number!

So just because it’s about refugees of the Vietnam War, don’t expect a war story. As Quang tells Qui in the final scene, if that’s what you’re looking for, you’ll have to go watch another movie.

P.S. This play is also for you if you’re a college student: Mixed Blood, as part of its many accessibility initiatives, offers free tickets through the Radical Hospitality program. Radical Hospitality tickets must be picked up in-person, but the box office opens two hours before each show, so you can ask for a ticket as long as there are seats available. Shows are Friday, April 28 at 7:30 p.m., Saturday, April 29 at 8:00 p.m. and Sunday, April 30 at 2 p.m.