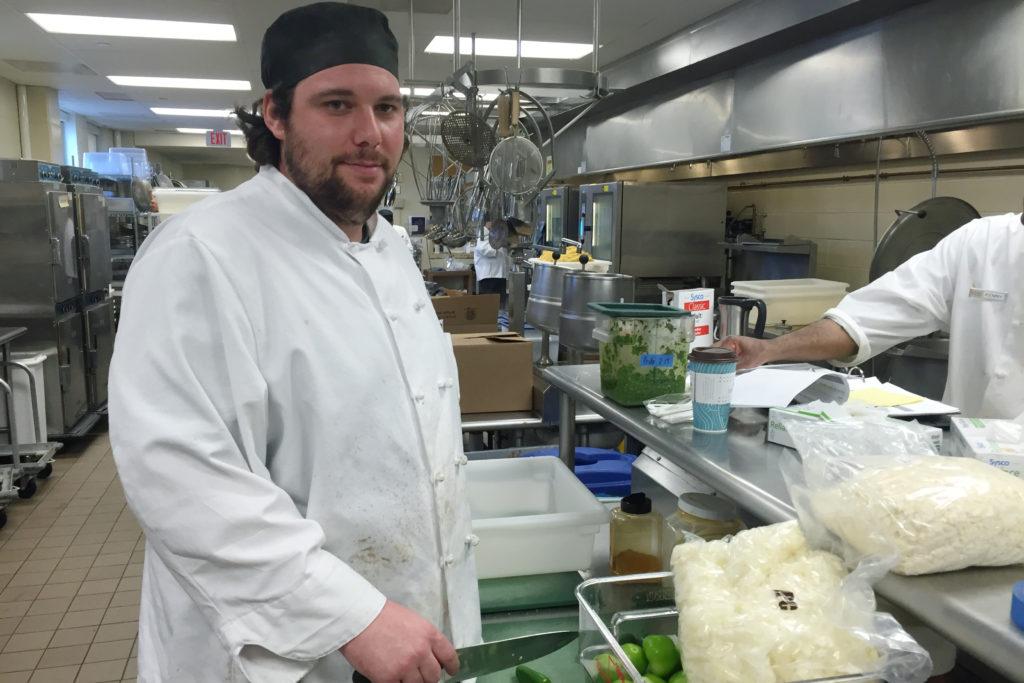 Bon Appétit has named cook Jake Eyers its first Employee of the Month. Eyers has been with Bon Appétit since August 2015. Before coming to Bon Appetit, he spent seven years as a kitchen manager at Z-Pizza. Eyers’ expertise in the pizza industry has been invaluable in improving both the pizza and the pasta stations at Café Mac, stations where students will often see lines waiting to be served the ever-changing assortment of options.

Eyers recently started working on catering events as well as continuing his work in many other areas of the kitchen. “Jake is a team player. You will often find him helping out a task in the kitchen or retail outlet before ever being asked,” said Amy Jackson, the Catering Director at Macalester.

Eyers credits Bon Appetit with allowing him to broaden his skills in the kitchen. One day, he aspires to become a sous chef or own his own restaurant. The Employee of the Month program will select one employee to be spotlighted each month based on three criteria: safety, attendance and productivity. Congratulations to Eyers, and keep checking back to see biweekly updates from Bon Appétit.