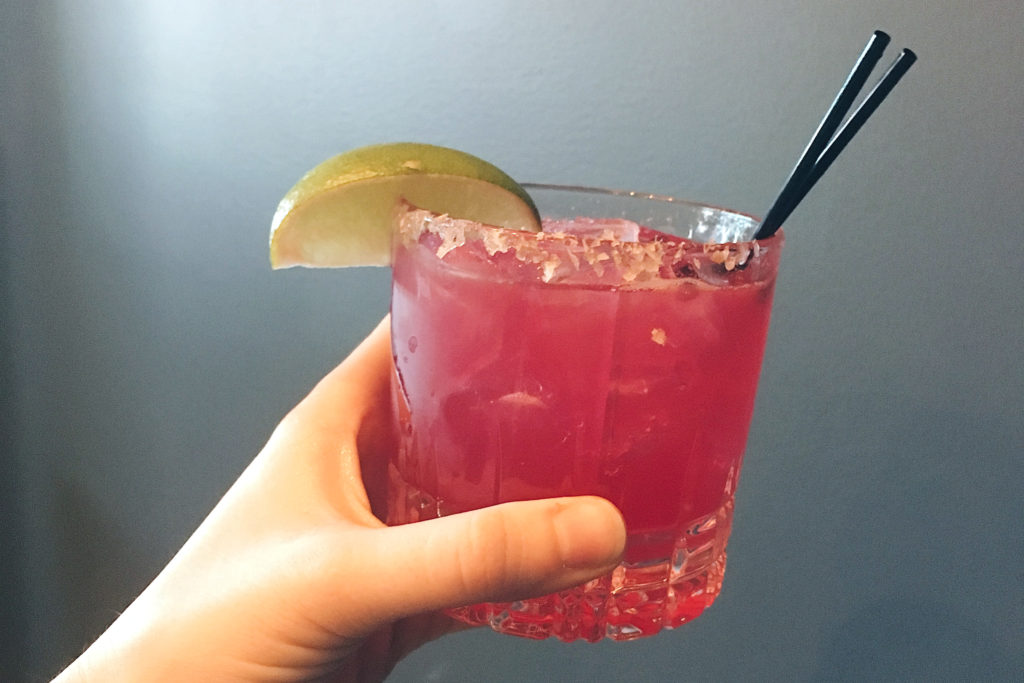 For students who complain about the lack of walkable, affordable restaurants that are not on Grand Avenue, look no further. Bottle Rocket, the 10th and newest restaurant from Blue Plate Restaurant Company — which owns the Groveland Tap, Longfellow Grill and The Lowry amongst others — opened February 14 at 1806 St. Clair.

The concept for the restaurant, and for the name, comes from the owners’ desire to take “people back to a time where they all played more, relaxed often, and worried less,” according to the restaurant’s February 8 press release. The restaurant is intended to be approachable. Unlike the restaurant that previously held the space, Scusi — also owned by Blue Plate Restaurant Group, it was an upscale, small-plate Italian restaurant known as a go-to for special occasions — Bottle Rocket aims to be more accessible in price and ambience.

Located directly across the street from the Groveland Tap, the newly renovated space helps to facilitate this idea of approachability. The entire street-facing wall is lined with floor-to-ceiling windows, flooding the open seating area with light, even on gray Minnesota winter days. The aesthetic is chic and modern, with geometric lighting fixtures and a mix of white tiles and wood paneling lining the walls. Bottle Rocket is comfortable and welcoming. The kitchen is open to the dining room, so hungry patrons can watch their food being made.

A narrow hallway by the front door takes those interested in libations to a cozy bar area. One can sit at the bar, where a dimly lit wall of bottles is bookended by televisions, or lean upon the rail that lines the remaining wall space. Although the bar is separated from the restaurant, a variety of craft spirits, 12 tap beers and an assortment of wines are available regardless of where one is seated.

According to Anna Mailliard, the Marketing Manager for Blue Plate Restaurant Company, Bottle Rocket aims to deliver “comfort food with a twist.” I got the opportunity to eat at Bottle Rocket during the mock service, so my menu contained just a sampling of what the full menu will have. For my appetizer, or “Bold Bite” as it was labeled on the menu, I ordered the Shrimp Toast, which was lightly-fried shrimp sprinkled with herbs, double barrel sauce, daikon and spicy mayo. The dish was quite large, and could have easily been my entire lunch. The bread was sweet, which was a nice contrast to the spicy mayo and sliced jalapeños.

For my entree, I ordered the Booster Salad. Listed as having “power falafel balls” on a bed of mixed greens, a variety of vegetables, wild rice, olives and jalapeño cream, the salad was a vibrant array of colors and flavors. The falafel was warm and soft; the jalapeño cream was a deliciously tangy substitute for a more traditional dressing; and the mixed greens consisted of crisp, finely-sliced kale.

Other items on the menu ranged from the Hangover Helper — a seared turkey patty with fried wild rice, an egg, “loco” sauce, mushrooms and jalapeños — to Barbecued Salmon with a “Seattle glaze,” rocket slaw and roasted potatoes.

The cocktail menu is labeled as “dangerously delicious,” which is no exaggeration. I ordered the Root Down Margarita, which blended blanco tequila, lemon juice and grapefruit juice with ginger beet agave syrup and demerara. A smoked sea salt rim topped off the glass. The drink was sweet, but not overpoweringly so, and refreshing.

Much like the Groveland Tap, Bottle Rocket will have Social Hour. On Mondays through Fridays from 3 p.m. to 6 p.m. and from 10 p.m. to close, Social Hour will include buy-one-get-one-free single-pour cocktails and tap beer, $5 red and white wine by the glass and bar snacks that range from $2 to $5. The Social Hour deals apply in the bar area only.

Bottle Rocket opened to the public on Valentine’s Day. The no-reservations restaurant (parties of eight or more can call ahead) is sure to be a welcome addition to St. Clair. So if you are looking for a change of venue, or an assortment of cocktails, head on over to Bottle Rocket.