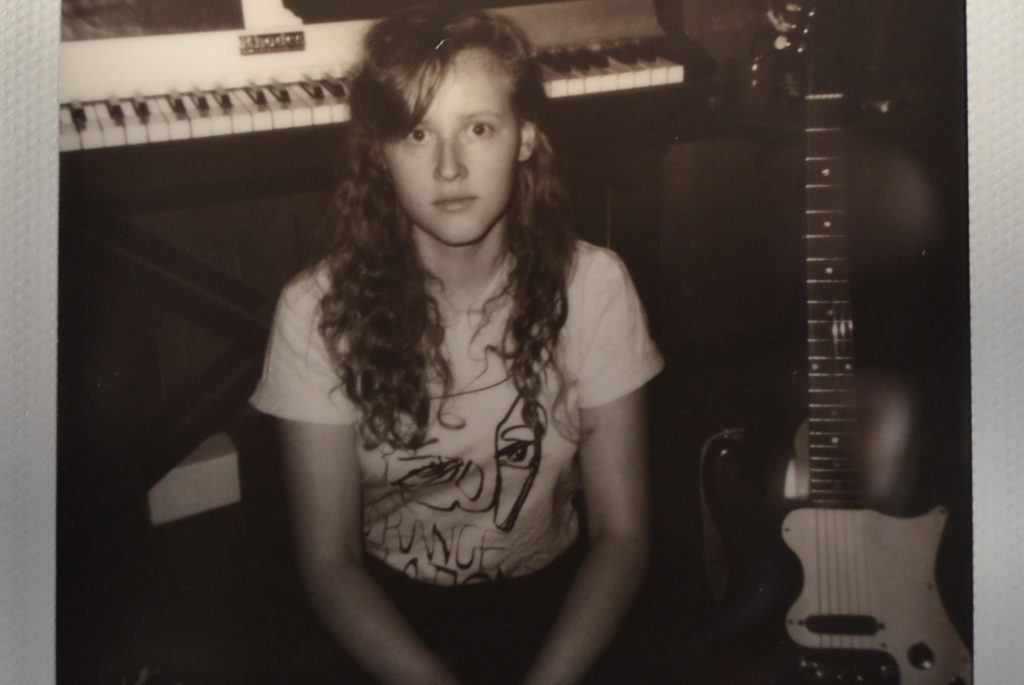 Kerry Alexander ’12 poses with her guitar. Photo courtesy of Alexander.

Between 2007 and 2016, Macalester graduated 617 theatre and dance, art, music and English majors, but pursuing a career as an artist is notoriously difficult. Kerry Alexander ’12 is one of those graduates. She’s the self-described “brains” behind the Bad Bad Hats, an indie rock band started at Macalester that has since gone on to national touring. She spoke with The Mac Weekly last November about what it’s like to work as a professional musician. The interview has been edited for length and clarity.

TMW: Let’s start somewhere simple: how did the band form?

KA: All three of us played music in high school and middle school. When I came to Macalester I started playing open nights at Dunn Brothers on Sundays. I was pretty active in music in college, and Chris [Hoge] ’12, who plays drums and guitar, was also recording his own demos. I wrote a song that I wanted to be a duet and Chris sang in Scotch Tape, so I asked him to sing on it.

When we came back to school our senior year, we started seriously thinking about putting a band together. Noah [Boswell ’13] actually transferred in our senior year and we quickly learned that he played music. Noah came up to us and was like, “You guys, I just bought a bass!” and Chris and I gave each other a look like, “He’s the one.”

When do you write? Is it when you want to have fun? When you need to process something?

Songwriting is a joyful activity for me. I really love music and want to write music that is enjoyable to listen to, so a lot of times I write when I have the day to myself. It’s fun to sit down with the guitar and see what happens. I think it takes me longer to write songs when I need to say something. The process is harder for me when I have a very specific thing that I feel like I need to express. I think that’s because I want the song to feel as important as my feelings feel. When it’s just like, ‘What cool melody can I come up with?’ that’s when it’s easy.

If I want to write a song about a specific feeling I’ve had or a specific moment in my life, it feels harder for me, because I want the song to represent that feeling as accurately as possible. If someone else has gone through that, I want that song to resonate with them as best it can. When I write songs, a lot of them come from my own experiences, but I want the songs to be for the listeners, in terms of helping them get through the same sorts of things. I need it to feel universal.

I love to go on walks and listen to music, as I’m sure many people do. I also love the cinematic quality of music, like the “soundtrack to your life” cliché. But I really feel that’s what I’m trying to do. I’m hoping to write songs that people will make part of the soundtrack to their life, put on a mix CD you give someone or play at your wedding—the kind of songs that you want to be a part of your life for a long time.

I write love songs. Even though I’ve been in a relationship for almost seven years I still enjoy writing about heartbreak. There are small moments of heartbreak even within a relationship, and I’m trying to write more about that. Breakups and new love are familiar territory for me, just sort of like classic romantic comedy moments, that feeling of “will they, won’t they.” That’s my favorite kind of songwriting to do, just like being around the edge of love. When I write I do sort of feel like someone on the outside looking in, imagining a scenario, imagining a relationship or just looking back on my past. I think a lot of Psychic Reader was looking back at past relationships and just thinking back to what you could have said or what you didn’t say.

It seemed like Psychic Reader had a lot of variety. Is that something that you as a listener appreciate in an album?

I go back and forth on this. No one can deny a band like Red Hot Chili Peppers has their own sound. When you hear the start of a Red Hot Chili Peppers song — that base line, the vocal intonation — you know what it is. Sometimes I feel like I should be working towards the Bad Bad Hats sound. But I love that there’s a song like “Shame” and there’s a song like “Midway” on our album, even though we could make a whole album of songs that sounds like either one. It’s fun for me to be able to dabble in those vibes. When I hear bands that I really like, it’s my instinct to say, “Can I write a song in that style? Can I write a song that feels like Cate Le Bon or feels like Angel Olsen?” I like trying on those different coats.

What do Mac students entering the music world have to look forward to?

The Twin Cities music scene is, I like to think, one of the best. I’ve never lived in another music scene, but take it from me, folks. The New Yorks and the LAs of the world, obviously that’s where all the resources are, but you’re a small fish in a big sea, and I’ve heard it’s really hard to get your name known. Minneapolis feels like a balance of great venues and arts publications, but it’s not so big that you get buried. If you have some noteworthy music, it’s very likely it’ll be heard by the Twin Cities’ population. And then the next hope is that you can break out of the Twin Cities.

What should women who want to go into music know?

We’ve met a lot of bands, we’ve done some touring, we’ve seen a lot of things, and, for the most part, being a woman in the music industry is like being a man in the music industry. We’re all working on our art and doing good things and touring and doing the same sorts of stuff. There’s certainly sexism in some corners—you get written about in a certain way, sound guys treat you a certain way, the sort of stuff that’s the same for woman in any other industry.

Rock music feels less inclusive than other genres, even though I think that’s changing every day. I was reading a review of a band, all white dudes playing classic rock music — whatever, that’s fine — but something in the review was like, “It’s great to hear a band that’s really getting to the heart of rock and roll.” It was this feeling of, “Oh, classic rock and roll should be four white dudes playing guitar.” I think with my contemporaries no one really thinks that way anymore, but I think the industry at large perhaps still has some of those feelings. That’s a tough mold to break for a lot of people.

I think if anything it’s probably a harder road for people of color, people of the queer community— for the same reasons, just access and being visible to the world at large. But I think more and more you’re seeing bands — Pwr Bttm is the one that comes to mind, just a band that is very boldly who they are — and I think their fans love it, and I think they’re getting on the national stage in a great way.