There and back again: stories from study abroad 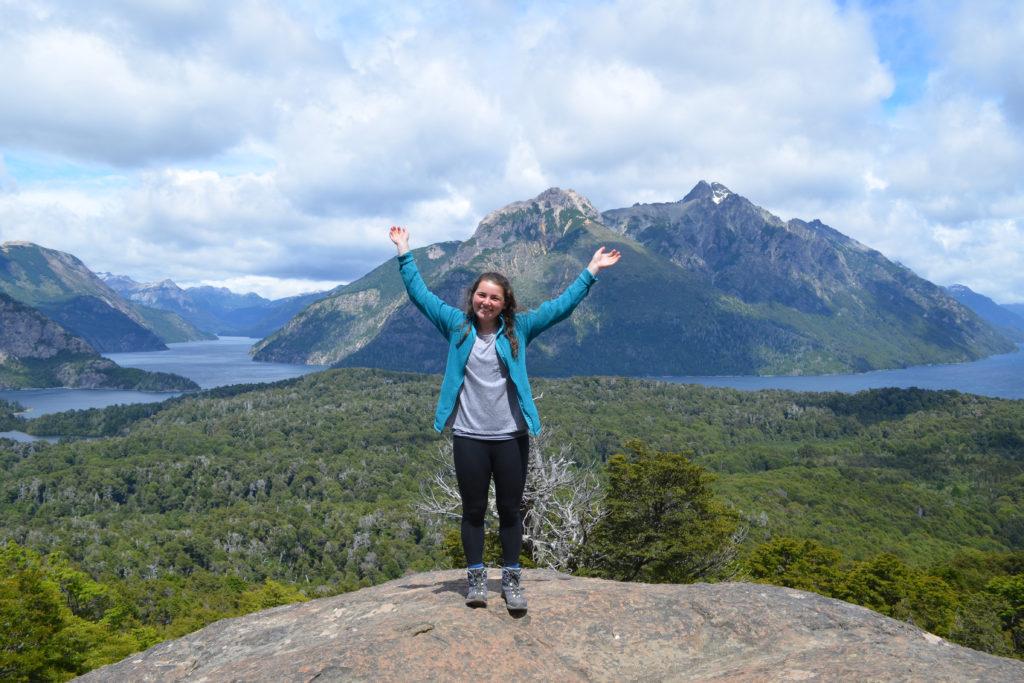 One of the troubles of spending half a year in another country is the difficulty of relating the depth of the experience to others. While some juniors were studying abroad last fall, life at Macalester continued on. To hear all the stories of returnees would fill a hundred Mac Weekly articles; the following snippets represent only five student experiences—but they may inspire you to get a returnee talking, as you may be surprised at how much they have to say.

Logan Stapleton ’18 (St. Paul, MN) lived in Budapest, Hungary, a city he says is always in the middle of everything.

“Geographically, historically, politically — it’s caught between a lot of things,” he said.

Though he lived on the Pest side of the city, his favorite place was a hill in Buda called János-hegy. There’s a folk song about the hill, which Stapleton will sing for you, about a woman speaking to a man named János on top of the hill. “His lover is yelling at him to stay there and just wait so she can come up.” It took Stapleton about an hour and-a-half to reach the hill’s lookout, called the kilátó, which is the highest point in Budapest. From there, Stapleton could see the whole city, golden and often covered by fog, then turn around, and see the fields of the countryside.

Sarah Fee ’18 (Denver, CO) went to Dunedin, a city on the South Island of New Zealand. There, she did some of the longest hikes of her life, including one five-day trip along the nearly 40-mile Abel Tasman Coast Track. Though she never saw a kiwi bird, she often watched seals on the beaches and occasionally glimpsed yellow-eyed penguins at dusk. As a souvenir, Fee brought home her first tattoo: a stick-and-poke on her instep in the shape of a koru, a spiral that represents the form of a fern before it unravels.

Morgan Malatesta ’18 (Brookfield, WI) studied in Mendoza, an Argentine city near the border with Chile, where she could see the Andes Mountains every day. The climate was desert, the land, dusty. She remembered the viento zonda, a powerful wind that can knock down power lines or trees. It was grounds for cancelling school or calling in sick to work, as some believe it causes headaches and other ailments. “I don’t know if that’s actually true,” Malatesta said, adding that people saw it as an unexplainable phenomenon.

Rebecca Kline ’18 (Sudbury, MA) went to Strasbourg, France, a city near the border with Germany in the Alsace region of France. Alsace has a history of going back and forth between being French or German territory. Tarte flambée, one of Kline’s favorite foods there, reflected the overlap of German and French tastes. “There’s nothing like in the U.S,” she said, but her closest approximation is a light pizza with thin crust, crème fraîche in place of tomato sauce, topped with onions and bacon.

Kline bought a postcard, an inexpensive and portable souvenir, from each place she visited in France and Europe. About twenty of them now hang above her bed.

Andrea Kvietok ’18 (Lima, Perú) travelled to Dakar, the capital of Senegal. She started to sweat as soon as she stepped off the plane at 3 a.m. She remembers street vendors, colorful car rapides buses, buying West African fabrics at markets and eating lots of rice — in particular ceebu jen, the national dish. Ceebu jen is a Wolof word that translates to rice and fish, and includes many other ingredients, like cabbage, eggplant, carrots, tomato paste, garlic and cumin.

Though the official language of the country is French, Kvietok found most people, including her large host family, used Wolof in casual settings.

“I feel like you can be more funny in Wolof,” she said. Speaking in English now feels strange, but she hopes to return to Dakar this summer. Kvietok plans to live with her host family again while continuing her research project, tentatively titled “Gendered Perspective of Returning Migrants.” Kvietok left Senegal in December, but it’s only goodbye for now. Babeneenyou, a Wolof word for parting, means “until next time.”