Macalester sophomore Jen Katz to star on Jeopardy! this February 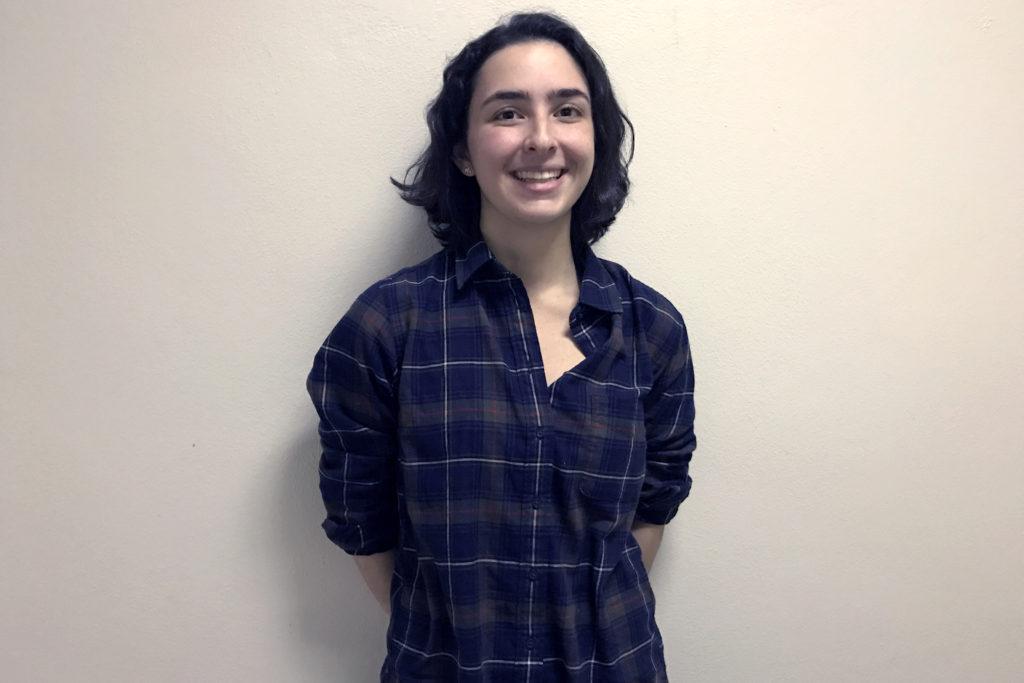 Jen Katz ’19 is many things: an English major, a religious studies minor and, now, a representative of Macalester College on Jeopardy!. Katz told The Mac Weekly that she found her way onto Jeopardy! through a series of fortunate events.

Katz recalled how she got wind of the preliminary tests: “I was on a Jeopardy! newsletter for a while that sent me occasional updates [about] the next time they were going to hold the test.” The first round of tests are held at the same time across the United States, and the test consists of “a bunch of trivia, like geography and literature questions you would expect for Jeopardy!.”

Katz had always been interested in one day trying out for Jeopardy! “I took [the test] because watching Jeopardy! in my family has been important for a long time… We would sometimes watch three episodes of Jeopardy! a day. I would always answer along at home, and my mom would say, ‘Jennifer, you need to go and make us some money!’”

Katz took the first test back in October. “I didn’t think anything would probably come of it. I sent it off, and a few weeks later I get an email saying that I passed and they wanted me to come to the in-person interview in New Orleans,” Katz said.

Katz again thought nothing would likely come of the second round of testing, but went down the weekend before Thanksgiving. Katz had a lovely time in New Orleans; she was excited to stay in a hotel and participate in the next round. Katz said the second round of elimination consisted of “another test [of] game simulations.”

Katz found the game simulation surprisingly fun and low-stress. “They kept the atmosphere really relaxed, which I thought was really nice.” Katz said.

All the participants in New Orleans were told they would hear back if they passed the test by the first week of December, but nothing if they had not. In December, Katz got a phone call from an unknown number in California. Katz said, “I was not going to pick that up, and so I just let it ring… Then I got an email the next Monday saying to call the number back and I was like, ‘Oh, oh God.’”

Jeopardy! officially confirmed that she will represent Macalester in the Jeopardy! College Championship. Katz is looking forward to the experience. “I’m so excited to meet Alex Trebek,” she said. “I think he’s fantastic and hilarious, and I can’t wait for him to ask me a fun fact about myself.”

When asked what fun facts she was considering, Katz said, “I might talk about my extended family, which spans five continents… I’m not sure, I need to think of some more fun facts about myself.”

Regardless of what happens on the Jeopardy! College Championship in February, Macalester and Katz’s friends and family will be excited to watch how she performs.