Updates from the Liaison to the Board of Trustees 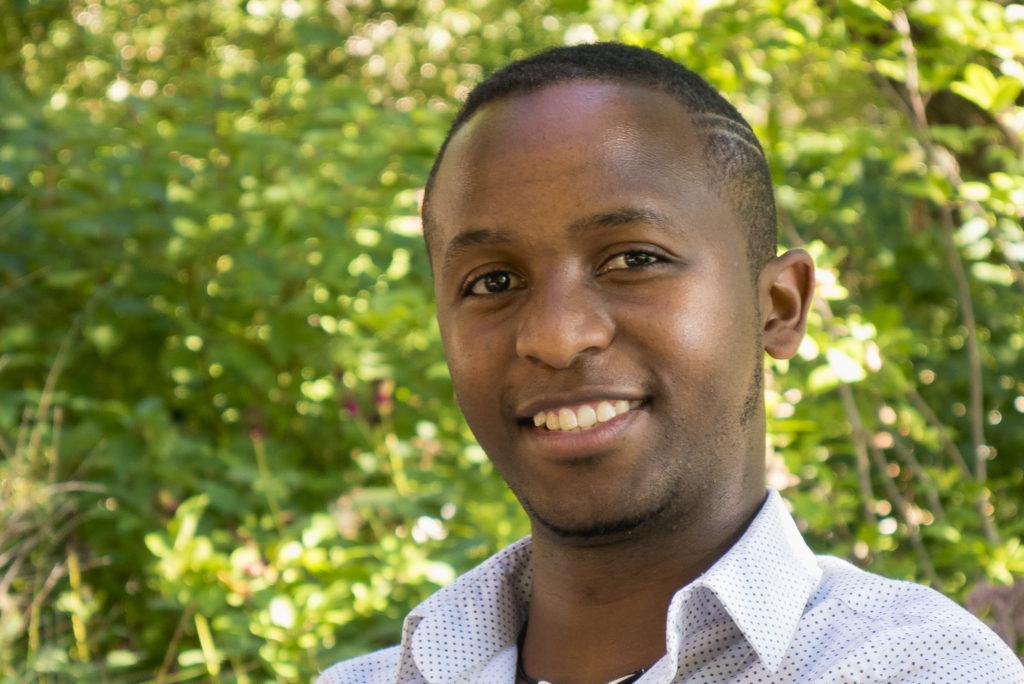 The Board of Trustees (BoT) is Macalester’s overall governance body. The board does not actively manage the college on a daily basis, but delegates that responsibility to the president. The board’s primary responsibilities are to hire and evaluate the president; set broad policies and goals for the college and evaluate its performance against those goals; actively participate in fundraising and philanthropic support to advance the college’s mission; approve the president’s tenure decisions; and oversee college financial affairs and investments. The BoT typically convenes three times a semester and is organized into committees focused on various parts of the college.

On October 6–7, the BoT met for this session. A delegation of students, faculty and staff represented the Macalester community; the following report is a summary of points gathered by me, the Student Liaison to the Board, a position designed to facilitate a channel of communication between the BoT and students.
For information regarding the BoT’s structure and membership, see http://www.macalester.edu/trustees/.

Lorne Robinson, Vice President and Dean of Admissions, gave an overview of the Class of 2020 and admissions trends, stating that it is the most diverse class since 1970, and offered a broader breakdown of the class. We admitted 506 first year students and 16 transfer students, fewer than last year.

Jeff Allen, Director of Admissions, gave reports on QuestBridge, a strategy to enhance diversity on campus. He also gave an overview of the new SAT.

Brian Lindeman, Director of Financial Aid, explained the implications of the new, earlier FAFSA deadline. He explained that while some changes will occur, especially for returning students, it will not have a significant impact on admissions practices.

Discussion – Test Optional. Merrit Stüven, MCSG President, brought up a study done at Bates College, the first school to go test optional, on the benefits in increasing diversity of student body since implementation of test optional admissions. Board members raised questions about whether test scores are indicators of how students will do academically at Macalester. Jeff Allen brought up the new SAT and its potential ability to compensate for inequalities in Admissions caused by the current SAT. Stüven and Gingras raised points about test optional having the impact of increasing diversity within the student body, the barriers to the test that cause many marginalized groups to be unable to take it or do well on it and a Macalester Honors Project from 2013 which claimed that SAT/ACT scores are not predictive of academic success at Macalester. They also outlined the outreach to students they did about test optional policies, during which they spoke and heard personal testimonies from about 10 students who expressed support for test optional policies. Discussion of test optional tabled for specially-scheduled spring meeting.

Discussion – Campaign planning. Macalester hopes to raise around $100 million over the course of four years. Some trustees questioned whether fundraising campaigns were better than ongoing fundraising. President Brian Rosenberg concluded fundraising campaigns generate greater momentum, which encourages a wider array of donors and larger gifts. Trustees also discussed how they might ask young alumni to make gifts after college.

Donna Lee, VP for Student Affairs, gave an update on residence hall enhancements: Kirk and Dupre are going to be remodeled over winter break and GDD over the summer.

DeMethra Bradley, Associate Vice President for Student Affairs & Dean of Students, discussed her first months at Macalester, the need for more focus on student spaces, and connecting students to the resources they need on and off campus.

Mindy Deardurff, Dean of the Career Development Center, gave an overview of the CDC’s goals and plans, including bringing career development to students, helping them earlier in their Macalester careers and improving services for alumni. She also discussed a project by students to examine student perception of the CDC, which will be used to make changes.

Merrit Stüven, MCSG President, discussed student space on campus and the need for student input in discussions on space, the current shortfall of student activity fee funds due to a large rise in org numbers, and the need for Macalester to follow through on its strategic plan and have a serious conversation about the possibility of going test optional. Merrit also cautioned the board to be aware of how much students who attend board meetings are allowed to give input, since this is the only committee during which students report to the board.

Peace Madimutsa discussed entrepreneurship on campus, broadening the reach of entrepreneurship on campus and making it more accessible to international students. He also brought to light the Fossil Free at Mac (FFM) campaign, but was not able to complete his presentation because of the meeting’s time constraint and the fact that the topic prompted some board members to talk over him, discussing the history of FFM. Some board members will also be returning to campus during the first week of November, to meet with some members of Fossil Free at Mac. After a follow up on the fossil free discussion, it was seen worthy to continue building dialogue around this issue.

Renovation of Olin-Rice: Currently 48 percent of students have a major held in Olin-Rice, and the building was designed to hold 18 percent. Although there are no plans for any additions to the building, they are planning on doing some internal redesign in order to create more classroom space to relieve some of the pressure professors are currently feeling.

Renovation of Theater: A 15 million dollar fundraising campaign for the Theater Building was also approved.
The committee also discussed the need to keep Macalester student enrollment at 2,000 students for financial aid purposes. Several BoT members mentioned trying to admit more students with no financial need, but President Rosenberg rebutted arguing that Macalester should continue to admit the best students, and have enough students to reach capacity with flexibility in resources such as residential space.

Discussion – Data Security
Tour of Theater and Dance Department led by Harry Waters Jr. and Tom Barrett: The theater building is one of only two campus buildings (the other being the Chapel) that has never been renovated. Much of the building’s infrastructure including the heating, cooling and air handling, safety, and accessibility needs renovation.

The session is an opportunity for the entire board to delve into one or few critical issues. It is then followed by the Business meeting where all necessary actions are taken, and committees can share information. This semester’s session was focused on pitching the proposed capital raising campaign and approving it. The discussion was developed further from where the Advancement committee left, highlighting the reasons behind the campaign and its focus points. The campaign is a result of the current strength brought by President Brian Rosenberg’s leadership, the engaged board rotation, and vision of the advancement committee. The focus of this campaign is access and excellence within the college. Aiming to improve the quality of financial aid and access to resources that students need to thrive. This was followed by the Business meeting, where the capital campaign was approved.

The Student Liaison to the BoT, in partnership with the student committee representatives, is committed to finding ways to facilitate communication between the BoT and students. As a next step, we hope to host a community-wide Trust-Tea—a discussion space for matters the student body may want to discuss further or potentially bring to light for future board sessions.