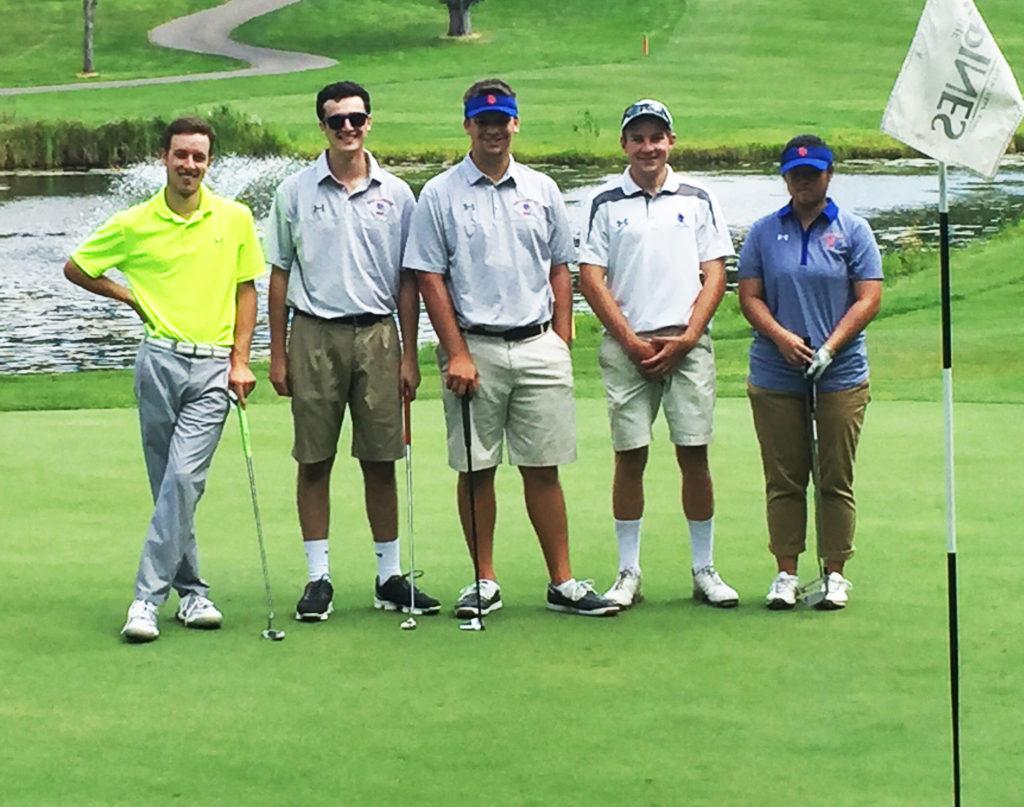 Troy Ikeda
troyThe beginning of this year’s golf season represented a time of uncertainty for the Macalester golf team. The team, which competes at the varsity level in both men’s and women’s divisions, had just hired a new coach and lost all but one member on the women’s side. Moving forward into the new season was a daunting task for this small program, yet a competitive attitude instilled by the new head coach has helped the Scots carry on despite their disadvantages.

To date, the team has struggled to compete in MIAC play. The men’s team finished 13th of 18 and 14th of 16 at the Augsburg College Fall Invitational and the UW-Eau Claire Invitational respectively. Furthermore, the Scots failed to post a qualifying score at the St. John’s Fall Invitational after Josh Wingardner ’17 was disqualified due to his group mistakenly teeing off from the incorrect tee box on the 13th hole. As the women’s golf team has only one member, Ji Sue Song ’19, Macalester has been unable to enter in team play in the women’s division. However, with the MIAC Championships yet to come, Head Coach Tucker Weisman hopes the team can exceed expectations and surprise spectators.

“Every one of the players has had a round or two where they played very well; we just have not been able to have that happen with all players during the same round,” Weisman said in an email. “All of our players are capable of playing well and if we can all play well on the same days we will definitely surprise a lot of people with how we finish [in the MIAC Championship].”

Drew Gumlia ’17 has been one of the top golfers for the men’s side this year. Particularly notable was his performance at the Augsburg Invitational two-day tournament over Labor Day weekend where he placed 11th with 151 points after earning an even-par score of 72 in the final round. This was one of the best performances seen by a Macalester golfer, putting Gumlia on Mac’s top 10 list for individual 18-hole and 36-hole play.

Weisman was not hired until late July, relatively late in the summer for a fall sport. Thus, one might expect a difficult period of transition for the coach and the team. However, thanks to Weisman’s experience and coaching style, the team has been able to make the coaching transition as smooth as possible.

“Coach Weisman is very direct [with his feedback],” Sam Brancazio ’19 said of the new coach’s style. “He also has experience playing on many professional tours, so it’s good to know that he really understands the game of golf and what it takes to succeed in a competitive environment.”

Weisman also had some familiarity with the Macalester golf program before his appointment to the coaching position that he said helped him bed in. “Being that my younger brother, Blaze Beecher, played golf [at Macalester] for the past two years before transferring this year, I had a little idea of what to expect and how the golf team operated,” Weisman said.

As Weisman continues his first season as Macalester golf coach, the team is optimistic that results will improve not only this season, but in the seasons to come as well. “Long term, I want the Macalester golf program to be one of the top programs in the MIAC and eventually in the country,” Weisman said. “Macalester has a lot to offer its student-athletes, and I believe that by recruiting the right players I will be able to make this into a successful golf program.”