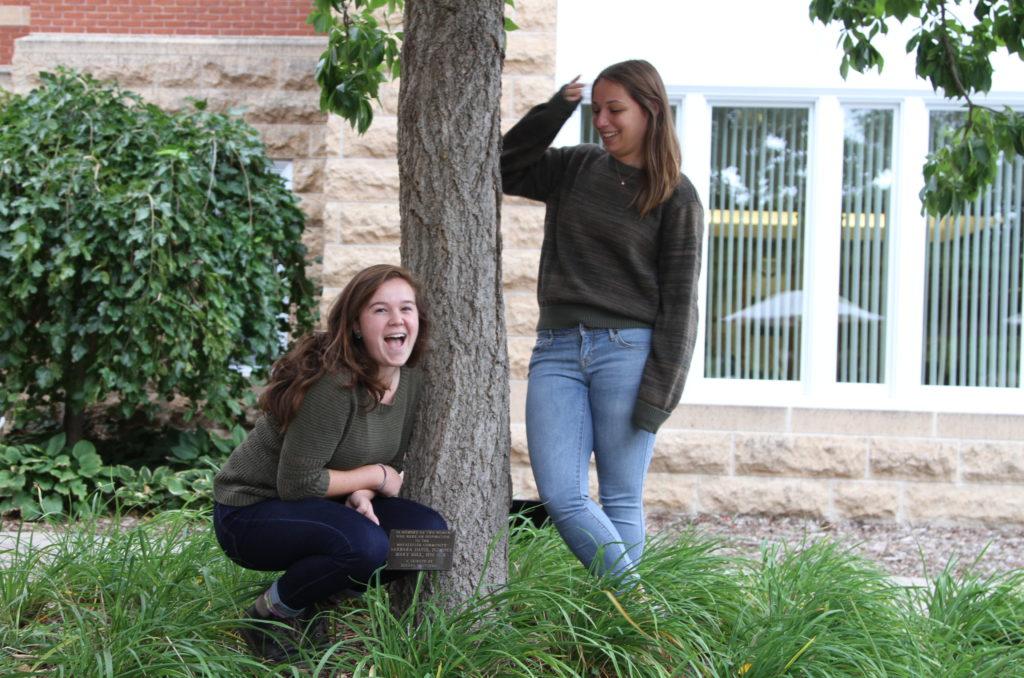 Each week The Mac Weekly speaks with a DJ on Macalester’s radio station, 91.7 WMCN. This week we sat down with Elena Santarella ’19 and Zoe Beriss ’19.

TMW: What is your show and what can a listener expect when tuning in?

Elena Santarella: Every week we profile a band, and we’ll play three to five of their songs. The rest of the playlist surrounding it is either other bands or music styles that have influenced [the band we’re profiling], or music you can find their influence in.

Zoe Beriss: Sometimes we incorporate different themes within the grand theme. So, for example, last week we did Beirut, but it was also a travel-themed show. All the songs were named after cities.

How do you select your music?

ZB: Usually the artist or band we pick is someone within the music genre we both like, and then we go from there and pick from artists we know about or artists similar to them, and do a little research on the interweb.

ES: It’s usually something that I’m interested in at the moment or something I love. Sometimes there’s a band you come across, and we’ll profile them!

ZB: Especially because it’s cool to profile bands that you just found out about, and tell the rest of the Macalester community to be like, “Hey, listen to this.”

If a listener tuned in at random, what would they hear?

ES: I hope they can get the theme, because I try really hard to pick things that have a musical motif happening. I hope they come away with more knowledge about something.

ZB: For example, we had a playlist based off of Vampire Weekend, with other artists such as Hippo Campus and Paul Simon.

ES: In college, Ezra Koenig (lead singer of Vampire Weekend) got really into South African guitar music, so it’s everywhere in his music. Interestingly enough, the lead singer of Hippo Campus said he found that kind of music all by himself.
ZB: But they were inspired by Vampire Weekend.

ES: So after being inspired by Vampire Weekend, they started listening to South African guitar music, and were like, “Oh wow, what do you know?” That was fun because I got to discover music from another part of the world.

What was the last song you listened to, and does this reflect what you play on your show?

ES: I listened to Lucy Dacus. She’s my new obsession.

ZB: I’ve been listening to this album by Billy Joe Armstrong and Norah Jones, two very prominent people in my childhood. They released an album together in 2013. I recently found out about it. It’s the most beautiful music I think I have ever heard, and I’ve been listening to it for like 48 hours. Who knew they would come out with an album?