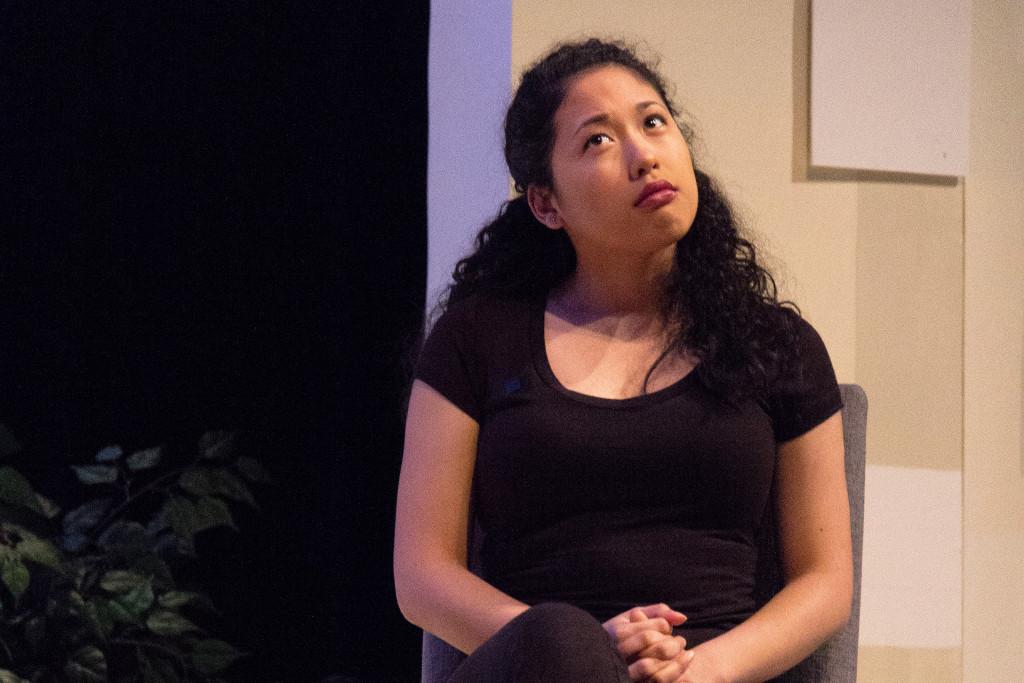 The Theater and Dance Department put on a production of Sarah Ruhl’s The Clean House. Performances took place this past Thursday, Friday and Saturday. Photos courtesy of Josh Koh ’18.

To put on a show is an exercise in world-building and empathy and The Clean House, performed this past weekend on Macalester’s Mainstage, has both in spades. Written by Sarah Ruhl, The Clean House tells the story of four women as they navigate their experiences living up to the expectations set by their partners, parents and most importantly themselves as they struggle with relationships, jobs or lack thereof, medicine and the role of empathy in their lives. Constructed to look like two intersecting houses, the stage felt almost too large for the intimacy of the content, and yet over the course of the performance the actors use the largeness of the space to construct a world of sensitivity and separation that they begin to play in – throwing apples down from one house to the other, imagining their lost loved ones laughing and crying in a world very removed, and at the same time very present, in their own homes. This is in sheer testament to the incredible ensemble, as well as the director Stephan Yoakam ’75.

Gillian Gold ’18 gives a stunning performance as Lane – a woman fraught with unhappiness who at the outset is brash and uncomfortable. ver the course of the performance, Gold finds deep vulnerability that is equally hilarious and heartbreaking. Lane’s sister, Virginia (played by Jessica Stone ’16), serves as her foil. Stone plays her with a deadpan hilarity, utter sincerity and brings out the humanity in her sister and their relationship. Yet another foil is Ana, a 65 year-old cancer patient (played with subtle peace and strength of will by Lía Hansen ’16) who falls in love with her doctor – and Lane’s husband – Charles and who becomes central to question of how we love the ones who have hurt us most deeply. And then there is Richard Graham ’19 who is in the same breath at the center and very much on the outside of this play: Charles is both the instigator of these circumstances (he leaves his wife when he falls in love with Ana, his patient). And yet Charles is the least interesting character in the show, by no fault of Graham who is quite funny and very present on stage. At the center of this production is Kassandra Munguia ’18 as Matilde, who opens the production telling a joke in Portuguese without translation. Munguia proves in this moment and throughout the production that she does not need any assistance;she soars with confidence from her deliberation on the construction of jokes and humor to her ability to bring these women together in empathy and compassion.

The Clean House is advertised as an evening of heart-warming whimsy. I could not be more pleased to say that that is a gross mischaracterization of the world that was so expertly built on stage. While there are moments of hilarity and whimsy, it was the moments of heartbreaking authenticity that made this production memorable. I am thankful to have seen such a production, and I look forward to the Macalester Theater and Dance Department’s next piece.