Who? Who? Who?: A Conversation with the Baha Men 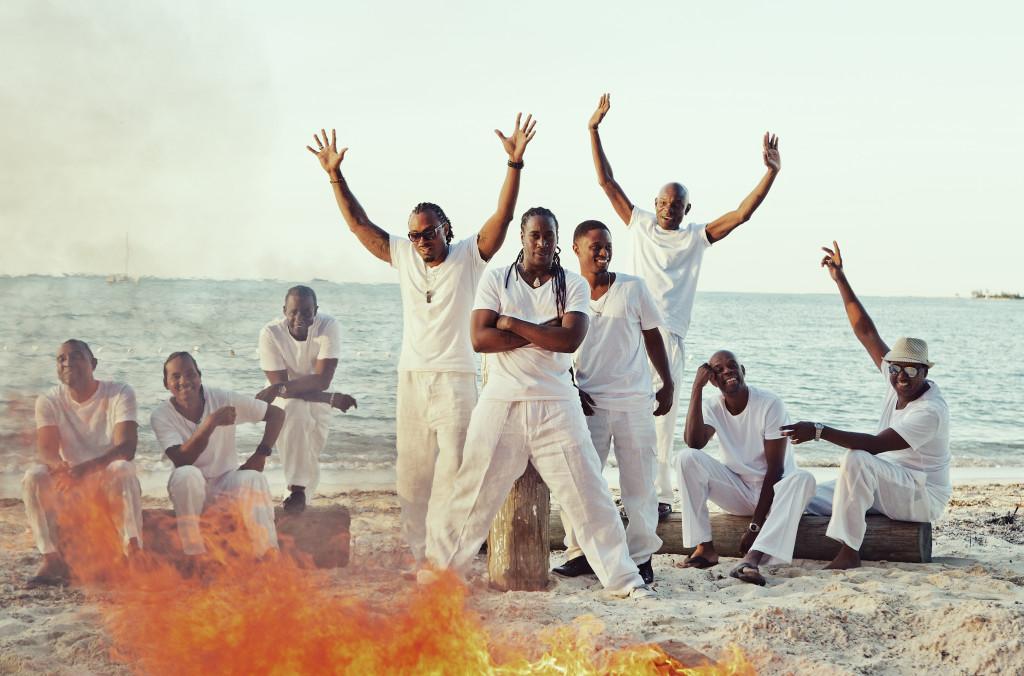 About a week ago, I was overcome by a wave of musical nostalgia. Seeking to relive earlier days soundtracked by “Now That’s What I Call Music” CDs, I soon found myself in the presence of a group of men from the Bahamas with infectious rhythm and a simple question. Recalling the former ubiquity of those half-barked “Who? Who? Who?”s, I sought to find out what the Baha Men of “Who Let The Dogs Out” fame were up to.

Propelled into the mainstream by the song’s seamless ability to play over movie montages of dogs wildly running through the streets, “Who Let the Dogs Out” and the Baha Men burst into global pop culture in 2000. Appearing on blockbuster movie soundtracks, their songs blasting over the speakers at sporting events, the Baha Men became the go-to band for quasi-novelty, Caribbean-flavored pop songs. The group’s meteoric rise culminated with their winning of the 2001 Grammy award for Best Dance Recording with WLTDO.

A decade and a half from their peak, the group has more or less faded into obsolescence, their cultural relevance living on only in the old copies of the Shrek soundtrack or the bright orange VHSs of Rugrats In Paris collecting dust in our parents’ basements. But to my surprise, if not to all our surprise, the Baha Men have continued their career as a band. Not only did 2015 mark the 15th anniversary of WLTDO’s release, but it also represented the release of the Baha Men’s first album since 2004, “Ride with Me.”

Through the extensive connections of The Mac Weekly, I was fortunate enough to talk on the phone with vocalist Dyson Knight of the Baha Men while he was on vacation in Trinidad. We discussed the origins of “Who Let the Dogs Out,” the group’s new music and alluding the pop cultural purgatory of “one-hit wonder”-dom:

TMW: So how exactly was “Who Let the Dogs Out” conceived?

DK: The song actually comes from the original artist, which is Anslem Douglas. He’s Trinidadian. Steve Greenburg — who was with the label that signed us at the time — was on vacation in Trinidad, and he heard the song, which is a totally different version, and he felt that it would be great for the band to record it. They didn’t really want to do the song because it was a Soca song, and Soca is totally different from the Bahamian sound, but they decided to do it anyways and it blew up. “Who Let The Dogs Out” became historic as far as pop culture goes in the industry. And we’re very happy to have that song as a part of our repertoire even though we would like to move on from it. It is what it is.

Do you guys still play the song live?

Does a bear still take a crap in the jungle and wipe his butt with a furry white rabbit? [laughs] Yeah, definitely. When we walk on the stage, people say, “Ladies and gentlemen please help us welcome the Baha Men!” and then the person at the front of the stage says, “Sing ‘Who Let the Dogs Out!’”

Are you tired of playing it?

Heck yeah! But it’s a great song, you know? It’s so funny, every time … here, let me see if I can explain the emotion that I experience when it’s time to do “Who Let the Dogs Out.” Everything up to it is like “I really do not want to perform the song,” and then when you’re performing it, you have so much fun. We’re really in the element.

Fifteen years removed from the song, do the Baha Men still feel bounded by the legacy of WLTDO?

Actually, you know, it’s a happy-sad story when it comes to post-“Who Let the Dogs Out.” We really enjoy the time when we perform the song, but we really want to get beyond the song because it has been so big it swallowed up everything that we’ve done, so to speak. And that’s a difficult place to be as an artist that actually does not want to accept being that one-hit wonder type of artist. Knowing that there are people that are vocalists, that there are people that are world class level guitarists and bass players and drummers. It’s a difficult place to be in, but we have to roll with the punches.

Being lazy. [laughs] Being extremely lazy. But you know, growing up. Time doesn’t wait on anyone. Some members have started families, started residual businesses, producing things for the local market. We have members in the band who have small music schools where they teach guitar lessons and keyboard, and we have carpenters in the band too. People just really slid back into normal life. After that, you know, “Rock ’n Roll culture,” so to speak — the travelling and the touring and the … I don’t know if I can’t tell all of the personal information because they’re all married now — but it’s still fun. It’s all been very comfortable.

With the new album out now, are you guys prepping for a tour soon?

Oh, heck yeah. So we’ve been making a pitch to be a part of different already … I can’t say established because Baha Men are already fairly established, just not as relevant, but pitching to relevant artists that are popular now, and we’re trying to get on these tour circuits. Me, personally, I focus on the music. I focus on creating ways by which we can make the performances better, creating ways by which we can get people to see us on a personal level as opposed to the typical, generic presence of being a megastar artist. We just want people to know that we’re real people and that we do what we do for the love of it and we want them to appreciate that as well.

The Baha Men have a lot of songs in big motion pictures. Do you have a favorite movie with Baha Men music in it? It is definitely The Hangover. I mean who does not love that movie? [laughs] That movie is crazy. It’s like all three of them! They’re these crazy movies, and to be a part of that … But I think probably the one that I would boast most about also is “Shrek” because I was on another really really cool movie. So, as an adult — The Hangover. The child in me says Shrek. And Garfield was another great movie too, but Shrek was like jeez … that thing is epic!

Finally, I’ll apologize in advance for asking this… you know what I’m going to ask.

Who let the dogs out? [laughs]

Yeah, who let the dogs out?

Well, let me see. I try to come up with new ways to answer this question every time I answer it, so I figure since you’re in Minnesota and you’re already dealing with the cold … Do you guys have any snow on the ground right now?

We have about 7 inches on the ground right now.

Oh crap, I can’t even make fun of that then. I take it back. [laughs] But it’s the same person who made it so frickin’ cold in Minnesota, that’s who let the dogs out. I feel sorry for you, man!

The Baha Men’s latest album, “Ride with Me,” is out now via Sony Latin Music.