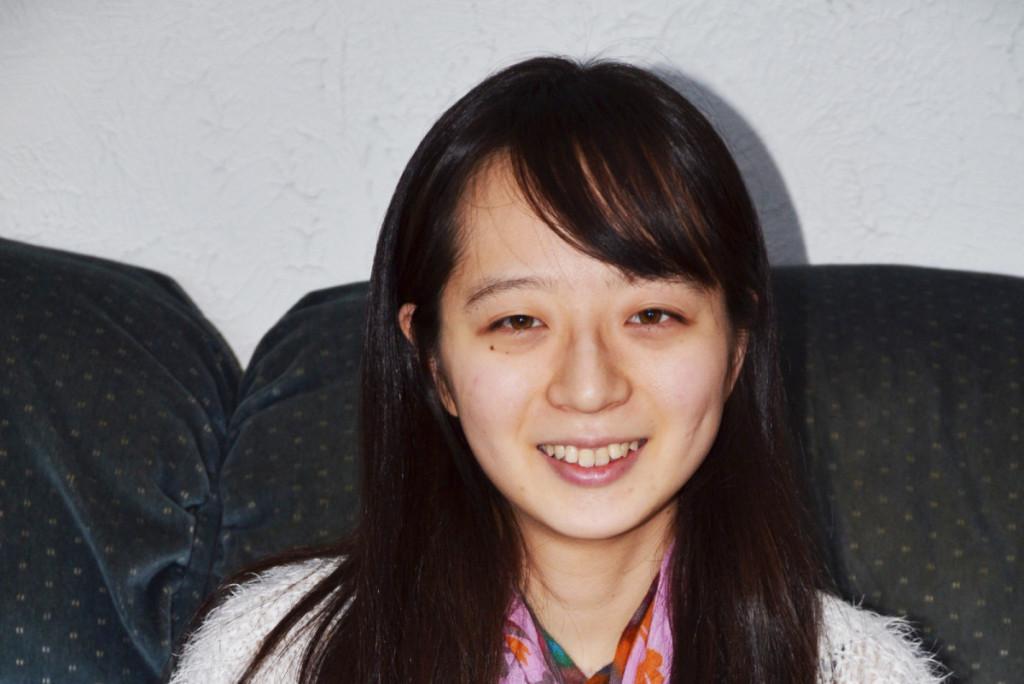 Every week, The Mac Weekly sits down with a senior arts major. This week we caught up with studio art and economics double major Kyoko Sakai. She hails from Tokyo, Japan.

Shortly before college, I realized I wanted to design products. I knew I should major in economics to learn the marketing and business aspects of product design. But I was debating over also majoring in psychology to learn about consumer psychology or focusing on the visual aspect of product design. I became a studio art major after learning that I had to have an art degree to apply for some design jobs. However, my dream of working in product design is in the past now. Through research, I realized it’s really difficult to be a top designer; the option of being a product designer seems too risky to keep pursuing.

What kinds of art have you enjoyed making?

My favorite class was textile design, which I took while studying abroad in Denmark. I was curious about fashion design at the time, and I liked seeing my own design on actual fabric. Besides that, I like charcoal drawing.

What do you most enjoy about making art?

I like doing detailed work. I think it’s kind of meditative to do art that requires a lot of detail. I can just focus on one thing instead of something else that might be going on in my mind.

I start with a very abstract idea and I see what works as I proceed, instead of thinking of the final product first and then trying to get closer to that point. When I have an assignment that doesn’t really click with me, I think of what kind of dance I would perform on the topic; I think about what kind of costume and lighting I would use, and I use those colors in my art. I think I’m more creative with dance than with studio art.

Can you tell us more about your interest in dance?

I’ve been dancing for many years. When I was three years old, my mom put me in a dance studio, but I only started liking it once I was ten or eleven. When I first came to the US, two years before I came to Mac, I didn’t speak much English. Dancing was one of the ways I could be myself and face my emotions. After coming to Mac, I became more creative with dance because I started improvising, which I had never done before. Modern dance has always been my focus, but I’ve also tried a little bit of other kinds of dance like jazz and hip-hop.

You mentioned you studied abroad in Denmark. What was that experience like?

It was really great to take some art and business classes in Copenhagen that I wouldn’t have been able to take at Mac. Copenhagen was kind of similar to Tokyo, which I miss all the time. I really appreciated that I could travel everywhere by train. Also, the people and culture in Denmark were a little similar to Japan. For example, some people talk to strangers in the US and that doesn’t really happen in Denmark or Japan. But Danish and Japanese people are also more willing to help strangers and tend to realize that someone needs help quicker than Americans do.

What activities are you involved in at Mac?

What are your plans for the future?

I have job offers in Japan, although I haven’t decided on a job yet. In the long term, I’m interested in robots. Specifically, I’m hoping to be involved in making and distributing a robot that helps elderly people move, since as you get older your muscles become weaker. I want to use my economic background to help make robots more available to consumers. Right now, there are some robots that help people move, but they are too expensive. I want to reduce the cost of robots and increase the value that consumers see in them.

What advice would you give to someone thinking about majoring in studio art?

It’s important to have a reason to major in something beyond thinking that it sounds fun. I am a person who doesn’t want to turn a hobby into a commitment. That’s why I didn’t choose dance as my career, and maybe why I didn’t become a dance minor. You may be overwhelmed by the time and effort you have to put in to complete a major. There will be times when you have to work on a project that you don’t like, even in a field that you love. To get over such moments, you need something more than pure passion. For me, that was my dream of becoming a product designer. I am not saying that you can’t major in something you like, but it’s good to have other reasons when choosing a major.