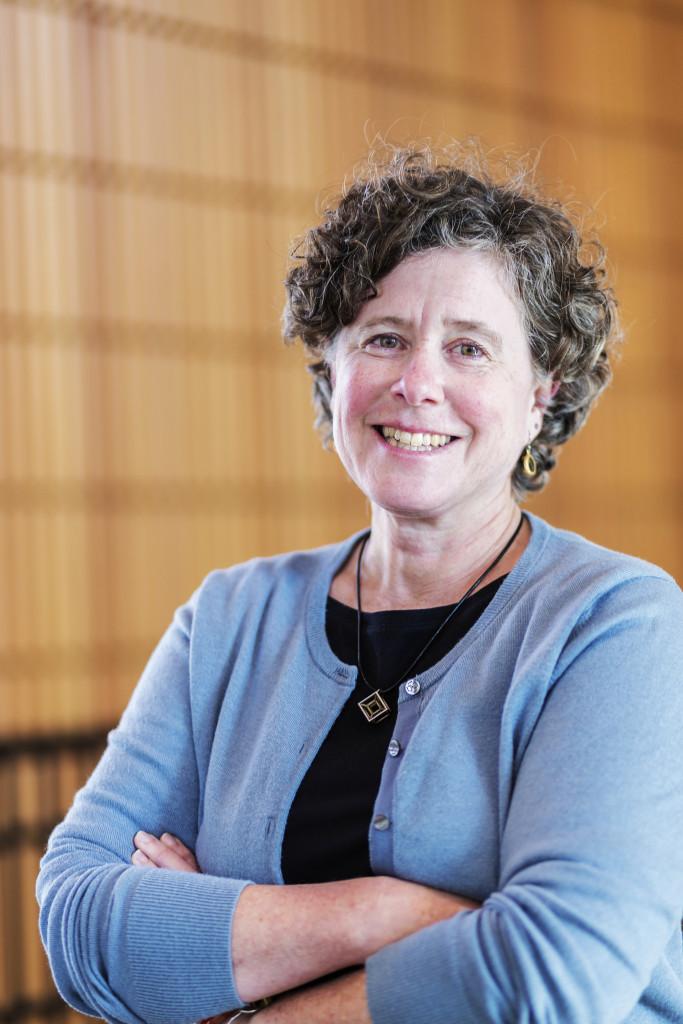 TMW: You were recently made a DeWitt Wallace professor. What does that entail?

KS: It’s basically an honor, that’s all it is, really. It’s recognizing the contributions that one has made to the college over the past decades and there’s nothing aside from prestige attached to it. So if you look at the list of professors who have name chairs, it’s pretty distinguished professors … and me.

Well, congratulations! That sounds like a very special thing to become.

It is. It’s a nice thing. Oh yeah, and you get a chair, an actual chair. So I’ll get a rocking chair that’ll go over there in the corner. But you don’t get anything else. It doesn’t come with a huge raise or anything like that.

And how long have you been teaching at Macalester?

What courses do you generally teach?

I teach all calculus, I teach real analysis a lot, I teach the 400-level analysis course and then complex analysis. So everything in the analysis sequence in the pure math part of the curriculum. And I have taught statistics, many times, but hopefully I’ll never have to teach that again. Oh yeah, and then I teach — the most interesting class to me — I team-teach with Julie Dolan in the political science department and we team-teach a course on political participation. We’ll be offering it in the fall, for the third or fourth offering. It was a first-year course last year. And I’m excited about that.

Does your research also focus on something interdisciplinary?

[It is] interdisciplinary, I would say. My latest really mathematical research is on measuring compactness of Congressional districts, which I will talk about in my DeWitt Wallace talk [on] February 3rd at 4:45.

What’s your general teaching philosophy? And does it differ for the different levels of courses that you teach?

It does differ for the different levels. In calculus courses, I guess what I’m trying to do is get students to understand some calculus but also understand the connections to other disciplines. And a lot of students really like math and have no issues, but there’s a lot of students who have huge psychological and emotional sort of issues with math, so much that it’s a barrier to them learning. And you can see it in class! They’re closed off, so I really try to get them to just open up a little and be able to learn some math.

Now when I teach real analysis, there might be a little bit of that because it’s a first real proof-writing class, but most of the students in there are not so much in that camp. They have at least some positive experience with math. And usually, a lot. In there, I focus a lot on writing mathematics, really learning to read and write proofs.

And then in the poli-sci class, it really is trying to show that math has applications. I mean, everybody knows math has applications to physics and economics, but it’s got a lot of applications to other fields and I try to show that, and try to get some people realizing that doing some quantitative work — no matter what your field is — can really help you to have another approach to that subject. So again trying to show that algebraic manipulations and symbolic manipulation isn’t all that math is and there’s a lot more about how it can be useful.

How do you try to help students overcome their fear of math?

First, I try to be nice. And then I try … I think students really need to understand that they can try things, and if it doesn’t work out so well, it doesn’t matter. That’s what learning’s all about. By showing the connections to other subjects too, a lot of students haven’t seen that. That can really help them get over their — well, I don’t know if their bad feelings about math have to do with the math itself. I don’t hear students saying “I hate adding fractions so much” or “I hate doing math,” that that’s what makes them negative. It’s more like they feel stupid because they’ve not understood something in the past or not thought it was interesting. So there’s getting over that feeling inferior somehow.

Have you seen the way that you teach change in the time that you’ve been here?

Sort of yes and no. On the bad side, one thing that’s happened is our class sizes have increased tremendously. Now I’m teaching Math 237 and I have 34 students in each section. It used to be that you’d teach those classes to twelve, thirteen, fourteen students. That’s just a huge difference in terms of the work handed in, but also the group dynamic in classes. So that’s sort of bad.

On the other hand, because of the way things go, I put a lot more effort into trying to have group activities in class. There’s a lot more of that in a more organized way. And also, personally, when I started, there were computers, but there wasn’t really software in the same way. Software was very … for experts, really. There wasn’t software that students could use. So that’s been a huge change, using Mathematica and R in the classroom. And students come now and are totally fine with computers. But it used to be the case in the early 90’s, if you were trying to have a computer lab, you’d go in the lab — first, no one had their own computers — and really students did not know how to turn [the computers] on. And language like what a mouse is, students didn’t know that. Students didn’t know how to type, unless you took typing classes. No one knew how to use a keyboard.
Obviously there’s no issues now with that. Students now know how to move around software and things like that, and I’m telling you, that’s a huge battle to be had. It’s just the software you’re focusing on.

A lot of the new calculus classes have been integrating technology. Do you think that helps students with their understanding of the material?
I do, definitely. It teaches you to think algorithmically. If you’re trying to think about, “do I differentiate and then set this thing equal to zero or do I differentiate first?” If you’re writing code for it, you’ve got to think about the order for it. And of course, visualization of surfaces in Calc Three, it’s obviously quite helpful.

How have you seen Macalester change in the time that you’ve been here?

In some ways, the faculty, not too much. There’s the same excellent faculty. The people who were young are now old, there’s new young people who are great, the old great people are gone. The physical plan has changed a huge amount. It’s fancier now, like way fancier. We didn’t really have a gym before. The campus itself is more beautiful. But the biggest change is probably the students. I would say you guys are much more serious and career-driven. There’s also a lot more anxiety about jobs, careers and “what am I going to do over the summer?” All that stuff didn’t happen 20 years ago. That’s been gradually changing, and changes with economic times.

What are you looking forward to most with this upcoming semester?

Teaching my two classes. I love teaching Calc Three, actually; it’s one of my favorite classes to teach. And then I’ve got a few trips planned — for giving talks — one to Oregon State and one to a student research conference, and I’m excited about that. I’m [department] chair this semester. I don’t know if I’m looking forward to anything in that. Actually, finishing our computer science search is really exciting; to hire a new colleague is great. That’s a lot of fun.

And what do you do when you’re not doing math?

When I’m not working — well, I work all the time. But I like hanging out with my kids, except they’re all in college now so I call them and annoy them on the phone. And I like to ski, this time of year, and I like to watch football and I like to cook and eat. And drink wine. And beer. And in the summer, the skiing gets swapped out for biking.

Is there anything else you’d like to tell our readership?

My [DeWitt Wallace] talk on February 3 will be comprehensible for everybody. Well, the mathematics won’t make it incomprehensible, but I might, just speaking. The math will be understandable for everybody. The talk is about math and social justice. One example of things I will be talking about is gerrymandering and redistricting. For the rest of it, you’ll just have to come see!