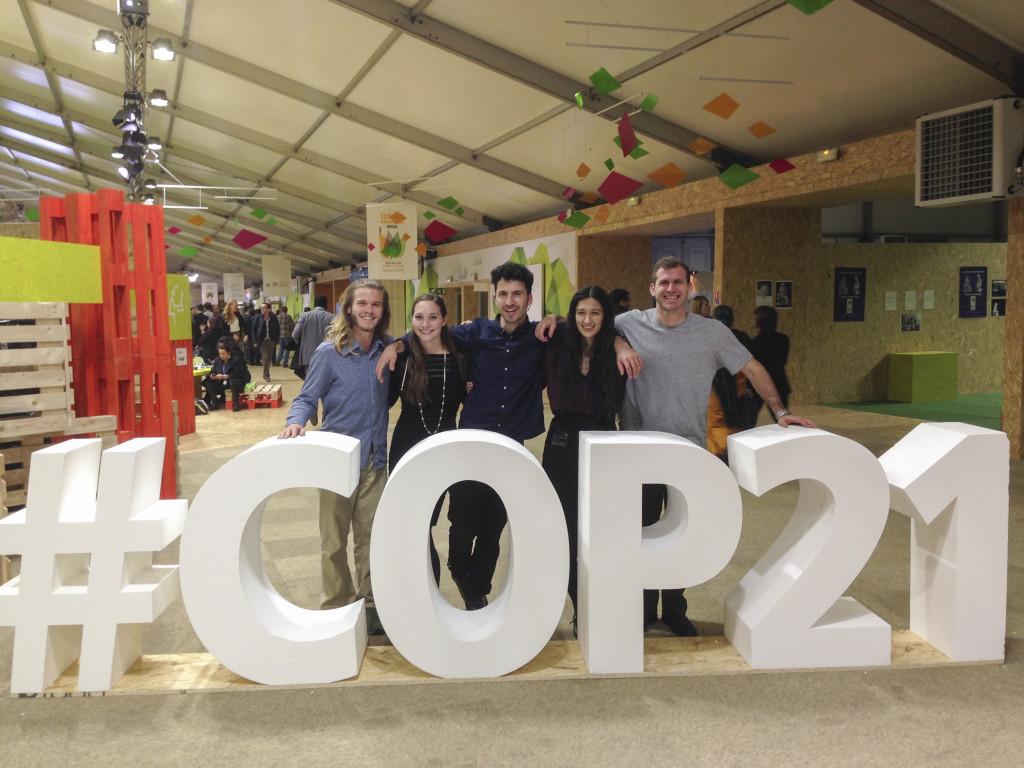 Members of professor Roopali Phadke’s “Climate Talks: Dispatches from Paris” class at the COP21 climate conference in Paris this week. The students have been observing press conferences and plenary sessions and interviewing leaders and delegates.

This past weekend, as Macalester students came back to campus after Thanksgiving, the 10 students in Professor Roopali Phadke’s environmental studies class about the COP21 climate change conference boarded a plane to Paris.

The class, entitled “Climate Talks: Dispatches from Paris,” has been working all semester in preparation for the conference that many have said is “our last chance to save the environment.”

Throughout the semester, the class has largely functioned as a seminar where students broke off into groups to research different topics affected by climate change, such as sustainable development initiatives across different sectors and climate related displacement and human mobility.

“In a way we acted as a media team as opposed to a course, informing one another of new developments that would influence the negotiations,” said Forest Redlin ’17.

In order to equip the students with tools to conduct their field research in Paris, the course also emphasized instruction in event ethnography, interviewing techniques and technical audio and video skills.

“In Paris, students are actively interviewing leaders and delegates and observing press conferences and plenary sessions,” Phadke said. Isabella Soparkar ‘18 is conducting research on displacement due to climate change and has attended panels geared towards members of the civil society. “I was also able to go down to the Tara, which is a boat that has traveled the world doing ocean research,” Soparkar said. “I went to attend a panel about adaptation by small island nations, since my research is on displacement from small island nations, and was able to hear from many experts, including the President of Palau.”

Redlin is focusing his research on the power and influence of interfaith leadership and communities present at COP21. “This focus included a video project on those participating in the Fast for the Climate event, myself included, which took place on Dec. 1st.” Redlin’s video project was shared through the MN Interfaith Power and Light and Redlin was subsequently interviewed with Phadke about his experience on Minnesota Public Radio.

Overall, the students expressed their hope and optimism about the outcome of the COP21. “It’s clear that COP21 has become more than about just climate. It’s become about humanity’s shared future,” said Laura Humes ’16.

However, the excitement of the event and the encounters students on the trip have had with high-profile personalities such as former vice president Al Gore have not erased from memory the recent Paris terror attacks.

On the eve of their arrival, the students visited the Place de la Republique, a monument in the heart of Paris that has become a memorial for the victims of the attacks.