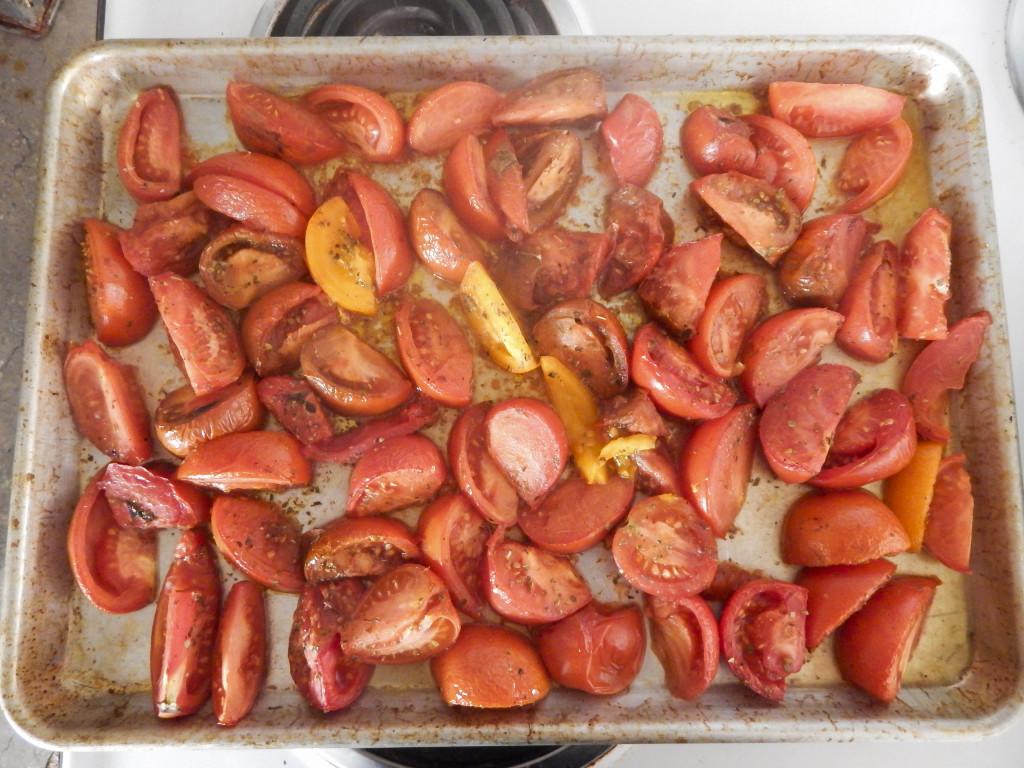 Slightly older foods are still perfectly edible, such as these tomatoes. *Photo by Joanne Johnson ’16.*

Slightly older foods are still perfectly edible, such as these tomatoes. Photo by Joanne Johnson ’16.

Preventing food waste is a big national and international issue that is informing policy worldwide. According to the Natural Resources Defense Council, the U.S. loses up to 40% of our food along the production chain of farming, packing, processing, distributing, retail, food service and household consumption. One source of waste that is doesn’t often jump to mind is from unsold produce at local markets. Yes, we have all heard about adventurous dumpster divers invading Whole Foods under the cover of night, but what about less formal institutions of food trade?

One group working to alleviate the environmental, economic and social costs of food waste is the Food Group, a local hunger relief nonprofit that supports over 200 partners, including food shelves, on-site meal programs and mobile food shelf sites throughout the state. The last few weekends I had the pleasure of volunteering with the Food Group’s food rescue program at the Minneapolis Farmer’s Market. Every weekend, volunteers in bright orange vests walk around and ask vendors if they want to donate extra produce at the end of the market day. The Food Group provides boxes and transport to their distribution centers, and volunteers pick up and load boxes. The program lets market vendors unload extra produce that would otherwise be thrown out and fills up an entire truckload with fresh fruits and vegetables for local food shelves.

Not all produce can last a day in the Food Group’s distribution center, however. So when a crate of questionable tomatoes came through, the volunteer coordinator offered them up to us, the volunteers, to go through and pick out any salvageable fruits to take home. Being a savvy market plunderer, I plucked out a couple dozen soft or lightly bruised tomatoes for roasting. Roasted tomatoes are rich and juicy and great on their own as a sandwich topping, over pasta, fish or eggs. They can also be easily blended into a sauce or watered down into homemade soup. Either way, no one will know about their less than stellar appearance after a slow roast in the oven.

Preheat oven to 425°F. Chop tomatoes into quarters then in half again and spread out in a thin layer on a baking sheet. Drizzle oil, salt, pepper and herbs over tomatoes then gently stir to coat. Roast tomatoes in oven for about 1 hour, stirring every 15-20 minutes, then let cool. Store in the fridge plain, or transfer to a blender and blend into a freezable sauce, adding a little water or vegetable broth if necessary.