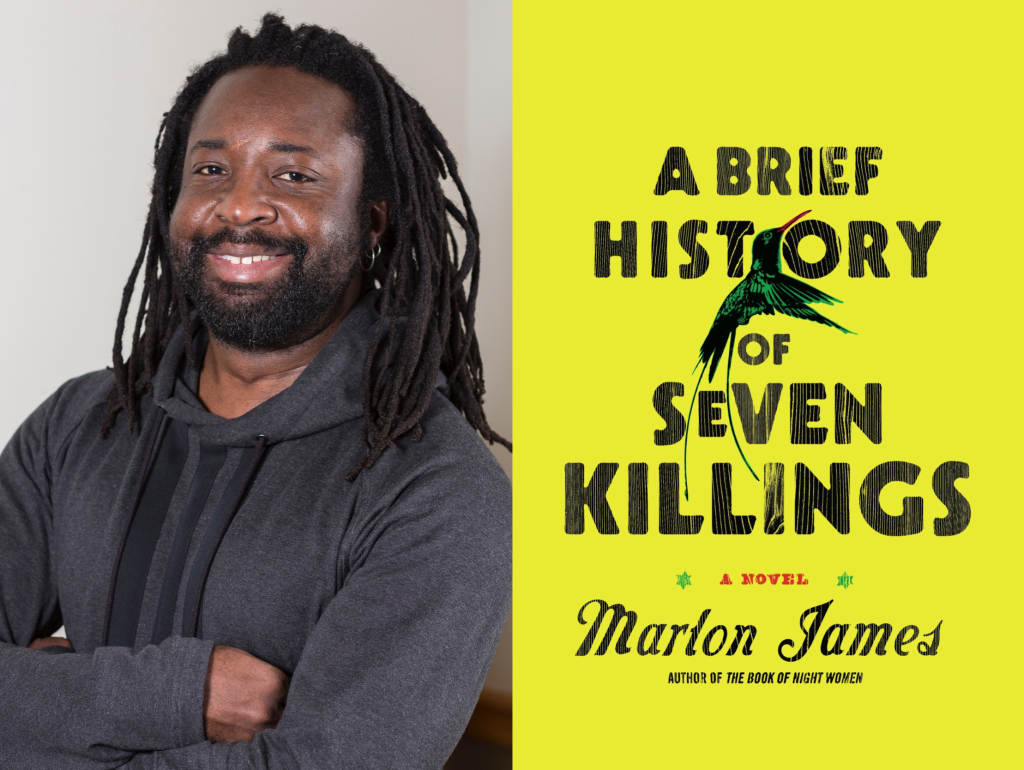 On Sept. 15, the Man Booker Foundation announced that, alongside five other contemporary novels, Macalester creative writing professor Marlon James’s novel made the shortlist for the Man Booker Prize for Fiction. This prestigious literary prize is awarded every year to the “very best book of the year,” according to the prize’s official website.

James is the first Jamaican writer whose work has been nominated for the Man Booker Prize. The Prize was first awarded in 1969, but until last year, the award was only open to writers from the United Kingdom and Commonwealth, the Republic of Ireland, and Zimbabwe. All novels eligible for the Prize must be written in English and be published in the UK.

James’s novel, which revolves around the unsuccessful attempt to assassinate Bob Marley in 1976, is one of only six books to have been shortlisted for the prize this year. The longlist for 2015 included 13 authors. According to the Prize website, the judges of the award were particularly struck by the “international spectrum of the novels.”

The chair of the Prize is Michael Wood; this year’s judges are Ellah Allfrey, John Burnside, Sam Leith and Frances Osborn. The other 2015 shortlisters are A Little Life by Hanya Yanagihara (US); A Spool of Blue Thread by Anne Tyler (US); Satin Island by British writer Tom McCarthy (UK); The Year of the Runaways by Sunjeev Sahota (UK); and The Fishermen by Chigozie Obioma (Nigeria).

“That’s the company that Marlon belongs in,” Daylanne English, chair of the English department, said. “It’s hard to overstate how big a deal this is. This is so exciting—for Marlon, for the English Department, for Macalester. The Man Booker award is the single biggest award for a novel in the world. And being shortlisted is all by itself a tremendous accomplishment.”

English cited, among other authors in James’ company, internationally renowned Canadian writer Alice Munro, who won the Prize in 2013, after having previously been shortlisted in 2007. Munro has been publishing short stories and novels since 1968, but was not nominated for the Prize until she was in her seventies.

She won the Man Booker, as well as the Nobel Prize for Literature, at age 82. Born in 1970, James is nearly half her age.

James’s novel was published by the UK publisher Oneworld Publications. According to the Star Tribune, HBO optioned A Brief History in April for a potential miniseries, which James will adapt with the oversight of “Forrest Gump” screenwriter Eric Roth.

In a short interview with the Man Booker Foundation in August, after James had been longlisted, he described receiving the nomination as “fantastic and surreal.”

English provided more insight regarding James’ reaction: “While he’s very ‘cool,’ he’s not ‘cool’ about all the attention this novel is getting. And that’s delightful to see.”

When asked about the reasoning behind the novel’s use of roughly 75 characters, James said, “That’s just it, reason had to go out the window! I had to get the point where my inner critic stopped questioning my moves, because often I was moving without a second thought or even a first one. It was the riskiest thing I had ever done and reasoning had nothing to do with it.”

James is currently on sabbatical, but will return to campus to teach in Fall 2016.