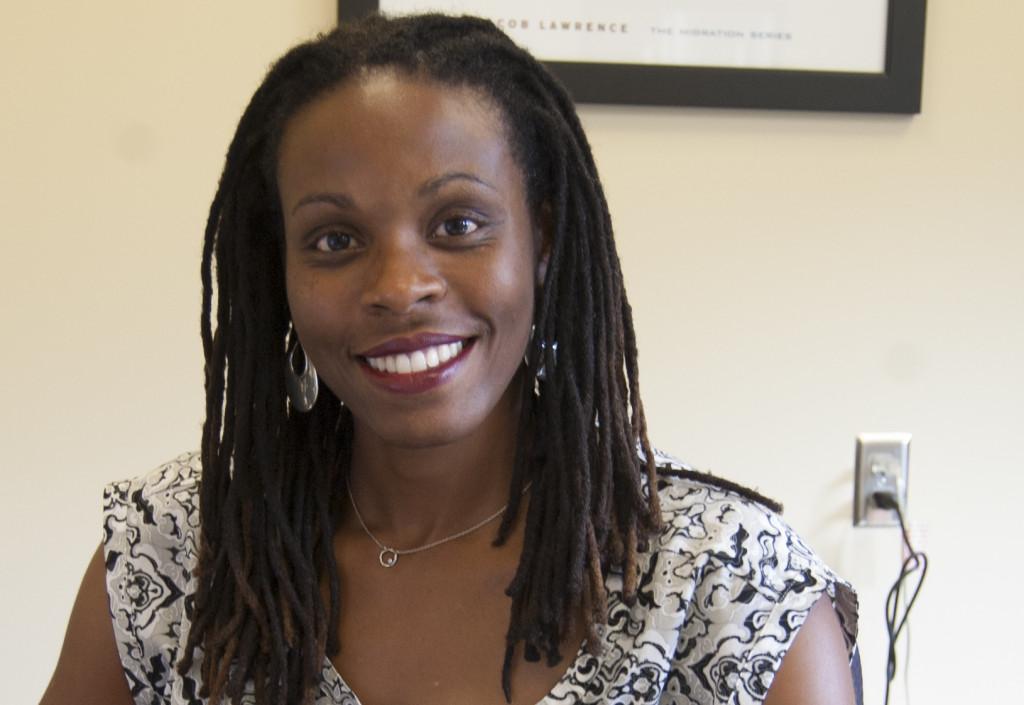 You may have previously known Karla Benson Rutten as Director of the Lealtad-Suzuki Center in the Department of Multicultural Life (DML). Now, after thirteen years on campus, she has taken on the new position of Title IX Coordinator and Director of Equity.

Benson Rutten has been working for years to improve life on campus. As Title IX Coordinator and Director of Equity, her goals have evolved along with her duties. She said, “What I hope is that within five years everyone on campus knows what Title IX is, that everyone is aware of the sexual violence prevention efforts on campus, that the campus is aware of our sexual misconduct policy and that everyone is plugged into the importance of being knowledgeable about sexual violence prevention.”

Benson Rutten’s office in Campus Center room 243 overlooks a swath of land between Old Main and Kirk Hall, where students walk and intermingle. It’s fitting, seeing that the inclusivity and safety of those students is what Benson Rutten strives for, and the diversity of the student body is what drew Benson Rutten to Macalester in the first place.

Benson Rutten has looked for diverse communities since her childhood growing up on an Air Force base in North Dakota. On the ethnically diverse base, families lived in indistinguishable houses with big backyards, free of fences. “It was an idyllic way to grow up as a kid, particularly as a kid of color,” Benson Rutten said. Then Benson Rutten’s father retired from the Air Force. The family relocated to the small town of Minot, North Dakota. The population there, says Benson Rutten, was ninety to ninety-five percent white at the time.

“I knew that environments could exist with difference—difference in class, difference in identity,” she said. “Even though there was a culture shock of moving to an all-white environment and facing blatant racism for the first time, I always knew that it was possible to be in a diverse community and thrive and have great relationships.”

Her whole life, Benson Rutten continually searched for the type of community present at the Air Force base where she grew up. She found that diverse community in her undergraduate experience in Iowa, her graduate school in Maryland and in Washington D.C., where she worked for several years.

When Benson Rutten was offered a job at Macalester, she was initially turned off by its location in the Midwest, a region of the United States she had vowed never to return to. A visit to Macalester made her reconsider. Benson Rutten recalled of the experience: “I was so excited to see so many students of various backgrounds both from the U.S. and from international countries. They had so many different friendships across so many different lines that I just hadn’t seen in a really long time. That was definitely a draw for me.”

Benson Rutten took the position at Macalester in 2002. While working with the DML, she brought speakers to campus, did programming around identity and community, and worked with the identity collectives and the Allies Project.

In May of 2015, Benson Rutten accepted the position of the Title IX Coordinator and Director of Equity. The position owes its existence to Title IX, one of the Education Amendments of 1972. Though most know Title IX solely for ensuring equity in sports, the federal law extends far beyond that. It reads: “No person in the United States shall, on the basis of sex, be excluded from participation in, denied the benefits of, or be subjected to discrimination under any education program or activity receiving federal financial assistance.”

“Many folks don’t know what Title IX is, outside of athletics,” Benson Rutten said, “That’s what most people who identify as women think about it, because it allowed women to have varsity sports teams on college campuses. The piece of Title IX around sexual misconduct education is not as widely known; however, it has always been included in its scope.”

As Title IX Coordinator and Director of Equity, Benson Rutten leads the college’s efforts to ensure compliance with Title IX and other civil rights laws as they pertain to equal employment opportunities and affirmative action. She also oversees handling of Title IX reports and complaints, revises policies for responding to sexual misconduct, and oversees sexual violence prevention efforts, among other responsibilities. As of last year, Macalester’s efforts towards informing students about the college’s policies surrounding sexual assault looked promising, according to responses to a campus climate survey on sexual assault conducted in the spring. Over ninety percent of Macalester students said that they had received sexual misconduct information and over seventy percent reported that the information they received was helpful or very helpful.

Yet the results were not entirely positive–only thirty-four percent of respondents said they had received information about the procedures for investigating sexual assault and how to report sexual violence on campus. “So that’s what I’ve been working on over the summer and this semester,” Benson Rutten said. “Educating not just what sexual assault is, but how to report and what the complaint resolution process is.” Macalester revised its sexual misconduct policy over the summer. Students can find it online as well as a new Title IX website. Benson Rutten believes that as far as education surrounding sexual misconduct, Macalester is doing well.

“For colleges like us, I think we are in good shape. I think we could be a model for what the policies look like because we’ve just revised it to be better in compliance with Title IX. We’re up to speed now,” she said.

While trends are promising, Benson Rutten wants students to know what Macalester is doing in regards to Title IX and sexual assault prevention. She encourages students to see her with any questions. For Benson Rutten, the willingness to discuss difficult issues is the foundation on which to build a more inclusive and safe campus.

“I know some people are like, ‘If we talk about race, then racism happens.’ No, it’s happening anyway. Talking about it doesn’t make it happen more, it just brings it more to the forefront. It’s the same when we talk about sexual violence, or sexual misconduct, what have you. Sometimes we think, ‘I don’t want to worry about it until it impacts me.’ But it impacts somebody, and if it impacts someone in our community, then it impacts all of us.”