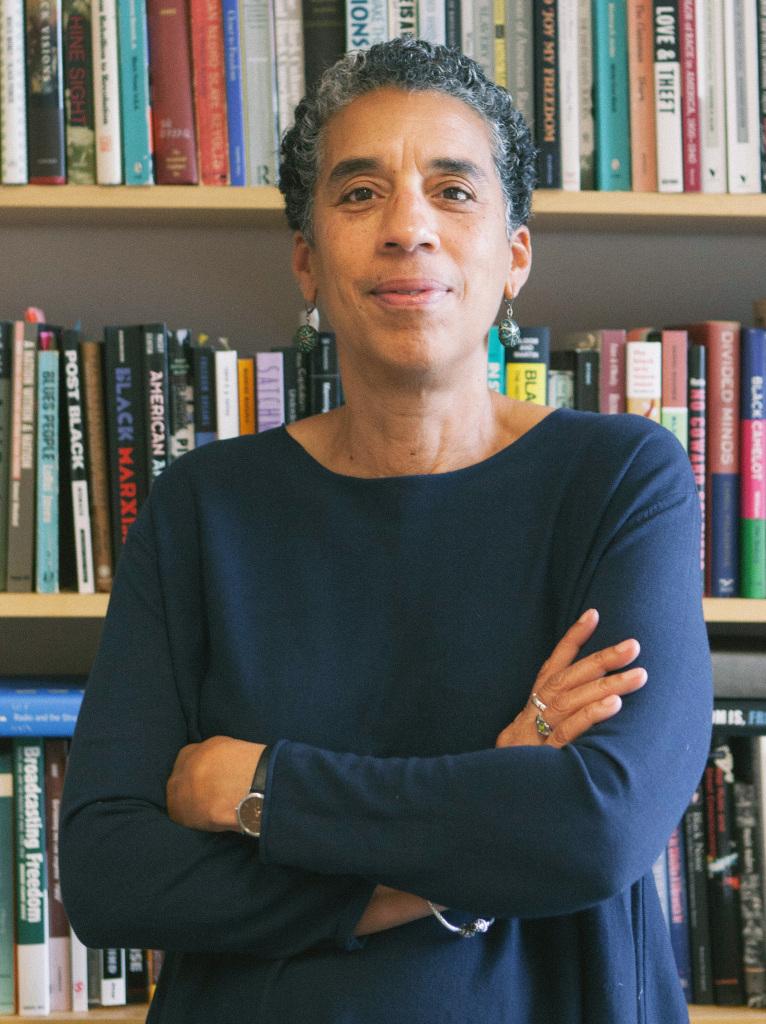 Dean for the Study of Race and Ethnicity Jane Rhodes. Photo by Will Matsuda'15.

Jane Rhodes, Macalester’s first Dean for the Study of Race and Ethnicity and American Studies chair, will leave Macalester at the end of this semester to take a new position at the University of Illinois at Chicago (UIC).

Rhodes first came to Macalester approximately nine years ago to fill the then newly-created Dean’s position. She arrived from the University of California-San Diego, where she taught in the department of ethnic studies. The College conducted a two-year search to hire a Dean, and by the fall of 2004 Rhodes was one of three finalists for the position. She accepted the College’s offer and began teaching in the fall of 2005.

Macalester created Rhodes’ position, along with that Dean for Multicultural Life, to further emphasize
multiculturalism at the College. A few years prior, the American Studies department had officially been created, as well as the Department of Multicultural Life. According to environmental studies professor Dan Hornbach, who helped hire Rhodes and was formerly the Provost, the creation of this position went hand-in-hand with those other priorities.

“The College was trying to find ways to support students, faculty and the curriculum as they related to the College’s mission [of] to multiculturalism,” Hornbach said.

In her time as Dean for the Study of Race and Ethnicity, Rhodes has held many responsibilities. In addition to serving as the American Studies department chair and teaching classes in the department, Rhodes has seen her role as an opportunity to further discussion on race, ethnicity, multiculturalism and identity on campus.

According to Rhodes, she was “responsible for the intellectual and academic pursuit of the study of multiculturalism and difference, particularly within a United States context.” To fulfill that objective, Rhodes worked with faculty hiring and curriculum development as well as creating various programs on campus.

In the spring, Harris will be the acting department chair, and the rest of the department
will absorb her teaching requirements. Rhodes was scheduled to teach one section of Race, Cultural Politics and Social Movements.

After leaving Macalester, Rhodes will become the Head of African American Studies at UIC. There, she will oversee a program that designates 25 faculty positions to exploring issues of social justice, identity and inequality. Rhodes will help coordinate and oversee the implementation of those positions.

“This is pretty unprecedented,” Rhodes said of UIC’s program. “Many colleges and universities are cutting back in those areas: ethnic and gender studies departments are struggling, and here’s a university that said, ‘this should be a signature of our institution, and we want to support it.’”

During Rhodes’ time at Macalester, the College has made progress on exploring multiculturalism from a more global and transnational perspective, and Rhodes is proud of her leadership on that front.

“Multiculturalism is a global matter, and global issues affect everything that happens within the United States context. We really should be studying across and between and within those categories,” Rhodes said. “I would like to see every Macalester student … have a more substantial exposure to, and grounding in, the ways in which difference is constituted in the United States and the ways in which that is a global process.”

Rhodes’ departure is prompting the College to look at her position and explore how it can be reshaped going forward. Provost Kathy Murray has convened a working group to explore how the position should be structured, and said the College is open to changing the name and description of the position to better reflect the responsibilities of the job.

“Going forward, we need to consider, given that this was the first iteration of this position, whether that’s exactly the right title to have,” Rhodes said.

According to Murray, the College hopes to have a job description posted by the end of the month, and have hiring completed over the summer. Macalester is looking at other schools and how they structure their leadership on multicultural issues, to get an idea of other institution’s practices. The Consortium for Faculty Diversity conference, held at Macalester last month, was a strong chance to build those connections, Murray said.

“We need serious and substantial institutional leadership around the academic study of race, ethnicity and multiculturalism,” Rhodes said. “We’re still a long way from fully integrating that subject matter across the curriculum. One general education requirement doesn’t really accomplish that.”

After almost 10 years at Macalester, Rhodes is sad to leave, but excited for her new opportunity.
“I’m sad in a lot of ways. I have good friends here among the faculty and staff, a lot of people who I admire, and I think there are some amazing and talented faculty and staff at Macalester,” Rhodes said. I’ve worked with a lot of students over the years, and Macalester students have this amazing combination of intellectual engagement and social and political commitment. They try to live out their values, they work hard, and that’s been a joy to work with. I’ll miss that.”