Internships in the Interim 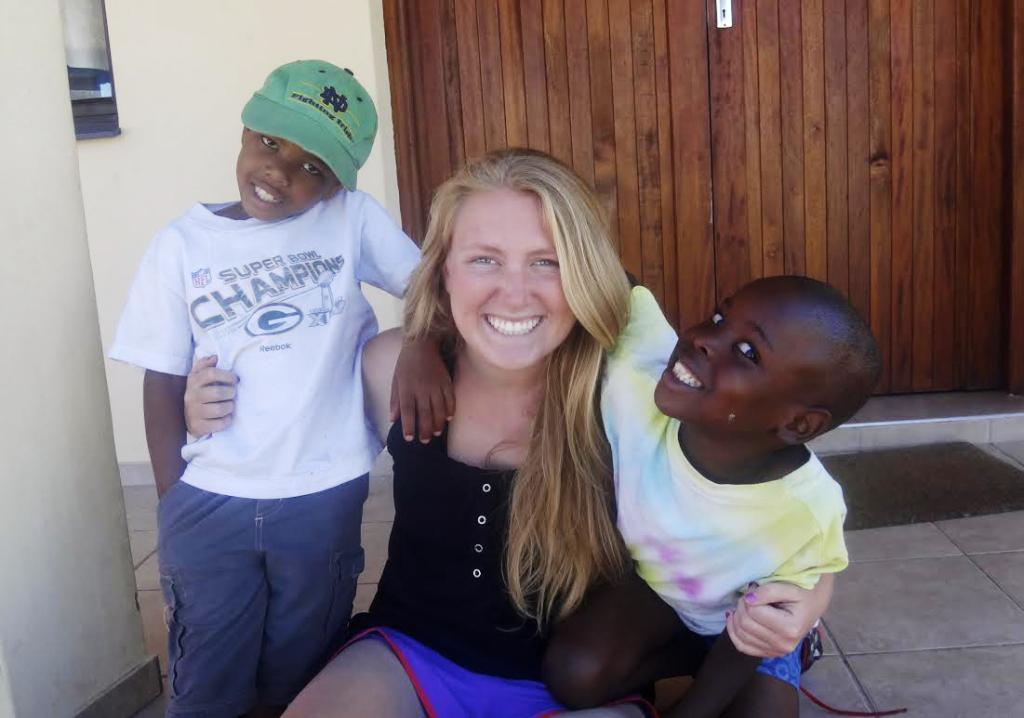 Jessica Yost (center) with two of her students in South Africa. Photo courtesy of Yost.

Macalester students are well-known for their civic engagement. Each year, 250 of us complete an internship, while even more seek out jobs, fellowships, and volunteering opportunities throughout the world. Our long summer breaks are an especially popular time to get involved. With the academic year just getting started, the question “what did you do this summer?” is still fresh on our lips.

Given our campus’ activist leaning, it seemed natural for many students to get involved in politics. This summer, Alexander Joel Watson ’17 completed a paid internship with Congresswoman Betty McCollum in Washington D.C. He noted that his lack of experience kept him from doing high level work, but he valued the experience nonetheless. “I didn’t get to do terribly intensive things,” said Watson, “but I was giving tours of the Capitol, which I loved. I was going to briefings and taking notes. I was organizing materials and doing research for other staff members. It was a very very fun time.”

As a political science and philosophy double-major, Watson was pleased to find such a relevant and engaging internship. But the opportunity didn’t come easily. After having his resume edited by the Career Development Center, Watson connected with some alumni who pointed him to idealist.org, a job and volunteer website. This resource was crucial in his internship search. And all the work paid off.

“[My internship] definitely changes what I think when I read the news now,” said Watson. “In Congress, you see what’s going on. And then because it’s D.C., you also read about it the next day. It does change how I view our political system. It is certainly not as effective as it could be, which will affect what I think while I’m studying.”

Watson does not intend to let the experience go to his head. “Be proud of any internship you might have,” he advised, “but also remember that you are just an intern. Keep that modesty.”

Other students chose to stay close to the Minneapolis-St. Paul area. Alex Webb ’17 interned at the headquarters for Al Franken’s campaign in Minneapolis. Work was divided between administrative duties and scouring the Twin Cities for exciting local events the campaign could visit, such as Rondo Days and Stillwater Log Jams.

However, Webb had mixed feeling about the experience. “It kind of turned me off from politics, to be honest,” he admitted. “It seemed like a huge amount of money and effort that went into things that didn’t matter. There was a lot of overlapping of people’s jobs and a lot of running in circles. I think that’s the nature of campaigns.”

While the internship was not a great fit, it did help Webb explore his academic interests. “It made me decide I don’t want to do politics,” Webb said, “But I still might do policy at some point.”

To find his internship, Webb researched extensively early in the year. In his own words, “The best advice I can give is to start early. I started looking in December or maybe November. Offers come up and get taken before you know it!”

Not all students worked in the U.S. Dagmara Franczak ’17 had an internship at the Polish Ministry of Foreign Affairs in the Department of Development Cooperation. As an intern, Franczak carried out administrative tasks, completed translations and evaluated companies affiliated with the department.

“I loved it! It was something I want to do in the future so that kind of reassured me that I do love diplomacy,” Franczak said. “Even the boring, administration part of the job didn’t discourage me from that. Being able to get to know people who work there and do that was also part of the learning process.”

As an International Studies major and Political Science minor, Franczak was also excited for the perspective this gave her, which she intends to use in her future studies and internships. She hopes that her work will continue in a similar field, whether at the Ministry of Foreign Affairs or at an embassy.

No matter what she chooses, Franczak is certain her summer experience will help. “I keep in touch with my mentor,” she said, “who said no matter where I apply, she’s going to help me!” However, even for veteran interns, finding future endeavors is not simple. It is important to send in applications as soon and as frequently as possible. “Start looking for options really early and don’t limit yourself to one institution,” Franczak advised. “Definitely send as many emails as possible because you’re only going to get 10% of responses.”

Some Mac students get started on their internships before they even set foot on campus. First-year Jessica Yost has worked in a South African children’s home for several summers and is the president of her own non-profit organization, The 1530 Project. “It changed my life, as cliché as that sounds,” Yost said. “That was the fifth time I’ve been to that specific home, so the children are like my family now. It doesn’t feel like volunteering.”

Yost got started in this work through a personal connection: her mother’s friend was the director of the children’s home. What began as a fun vacation in the eighth grade soon became Yost’s personal cause. However, she has acknowledged that her work will take her elsewhere. “The specific children’s home I worked with [will] always have a place in my heart, but I also understand that there are others who need help,” she said. “Once I’m out of college, I want to really expand my organization. I would love to start my own children’s home.”

This experience has also shaped Yost’s academic intentions. Despite being new to the Mac community, she is quite certain that she will be an International Studies major with a double concentration in Human Rights and Humanitarianism and African Studies.

But Yost is most confident in her advice for other Mac students. As she said, “Get involved because you’re truly passionate about something and not just something you feel obligated to do. If you really want to make a change, then absolutely do it. But make sure you have the time to invest in it.”