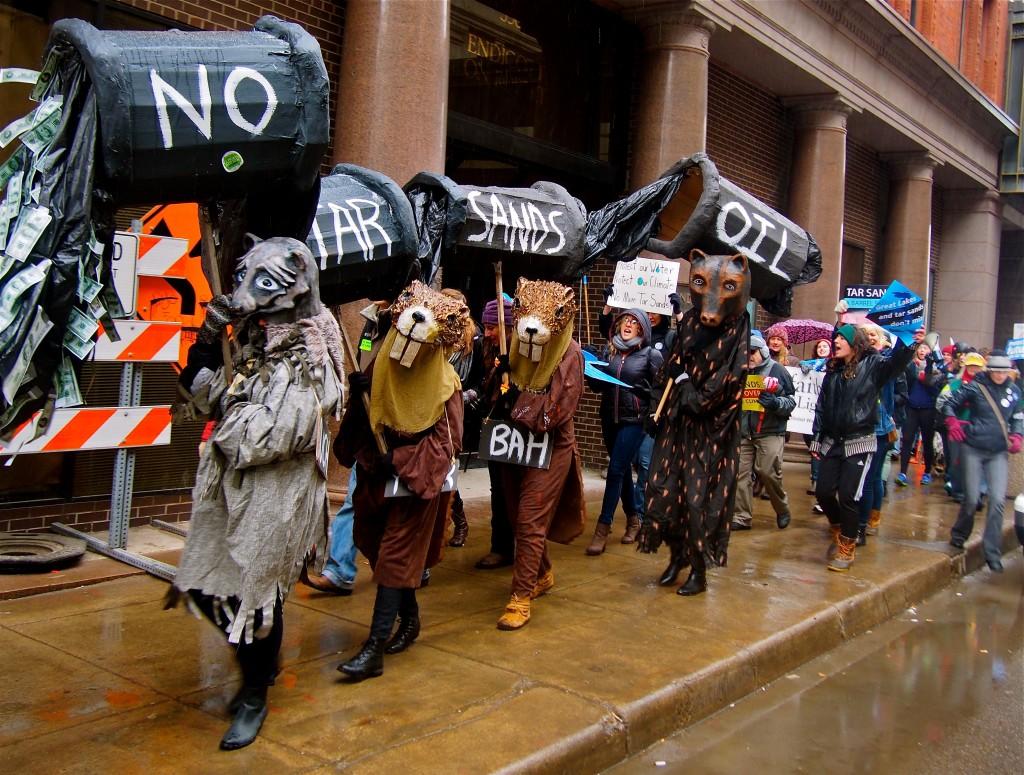 On Thursday April 3rd, approximately 75 Macalester students helped MN350 lead a protest to the capital against expansion of the Alberta Clipper Pipeline, a pipeline which would move tar sands. David Baldus ’16 constructed the paper mache pipeline and provided costumes for protest leaders from Heart of the Beast Theater. Public comments regarding the Alberta Clipper will be accepted until April 12th and a decision on the pipeline can be expected by June 12th. All photos by Jesse Meisenhelter