Snatchers’ Frisbee and Fun in Georgia 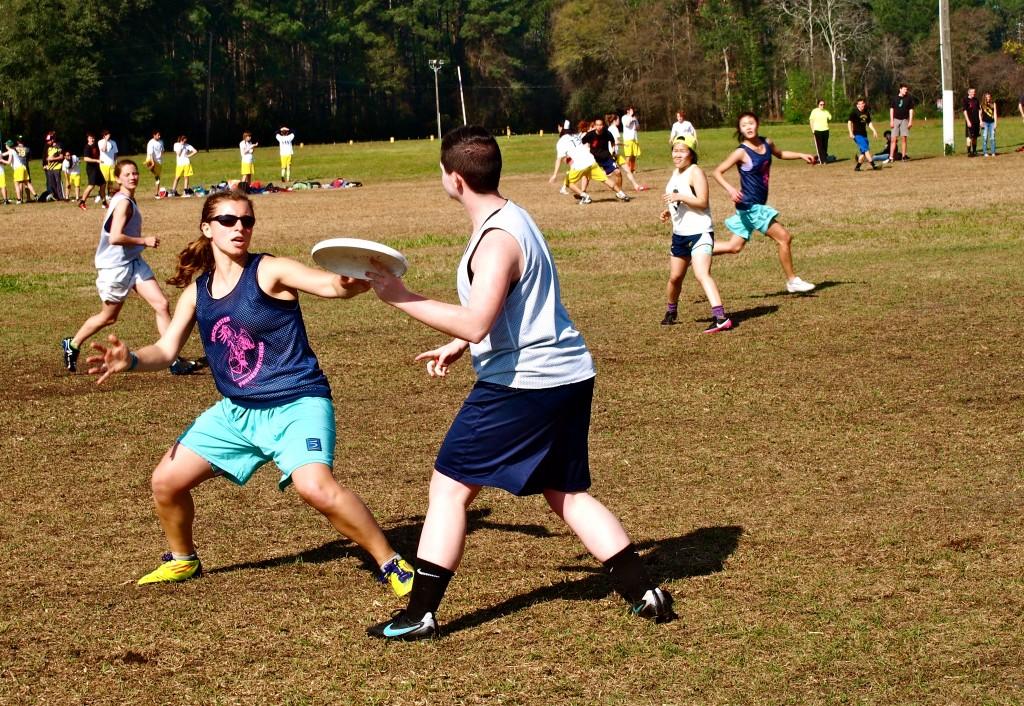 Team captain Sasha Lansky ’14 tries to outfox Smith College’s offense. Despite losing to Smith in the end, the Snatchers ended their week-long trip to Georgia with a winning record of 5-2, beating UConn, SUNY Rockport, Colgate, NYU, and Smith in a separate game.

The journey from the Twin Cities to Brunswick, Georgia for spring break is a longstanding tradition for the Macalester women’s Frisbee team. They make the trek for the High Tide Ultimate Tournament, a convergence of over 60 teams from across the country for a week of Frisbee games, beaches and debauchery.

“It’s a perfect combination of our favorite things,” Allison Gerber ’15, one of the team’s captains, said of the week.

During the week, the team’s schedule follows a pattern: Each morning starts with a homemade breakfast to fuel the players for a long day. The team rushes to the fields and begins playing. After three games, they go out for lunch and head to the beach for the late afternoon. Different girls cook dinner each night and the team eats and chats. Finally, the girls meet up with the Macalester men’s team for the night.

This year, the team finished with a 5-2 record in the tournament, beating teams from Smith, UConn, SUNY Rockport, Colgate, and NYU. They lost to Mount Holyoke and to Smith when they played the team for a second time. “In my three years this was the best performing team of spring break,” Gerber said.

However, the wins and losses held less importance than the overall experience. “It’s really nice to have that bonding time with the team,” said Sasha Lansky ’14, a senior captain of the team. “We get to focus on the community instead of the outside stressers during the school year.”

This year’s tournament marked Lansky’s fourth trip to High Tide. As one of the team’s captains, Lansky was a large part of the planning process of the trip and made sure the team was happy and healthy during the actual week.