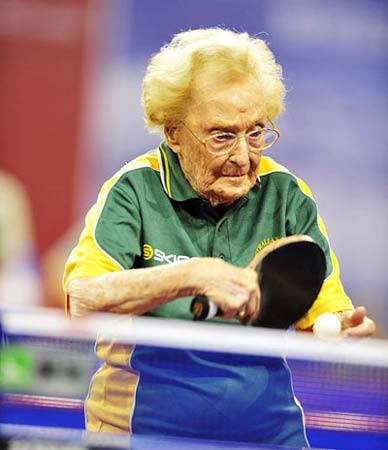 Dear reader, have you ever dreamt of Olympic glory? After extensive research, I have compiled a list of the easiest Olympic sports ordered from easy to extremely easy. Capitalize on this opportunity to be a national hero before the International Olympic Committee wakes up and realizes these sports still exist! There’s something for everyone. No skill, strength, or athleticism required!

Hockey is nothing but an easier, simpler, colder version of soccer. The games are shorter, the field/rink is smaller, and rather than running, players just glide across the ice on their skates. In soccer, players play for most of the match, but hockey players play for just one to two minutes at a time, before they come off the ice needing a break.

The NHL’s average shot-goal ratio is usually around 9 percent, which means shoot away, but expect to miss. Then hope for a lucky deflection that slides the puck past the goaltender, whose size is just about doubled thanks to his or her ridiculously large pads. Where hockey does differ from soccer, and just about every other sport, is that each game has three periods. Those pesky Canadians just had to have THREE periods, not the standard two halves or four quarters. Given hockey’s unwillingness to conform, perhaps it may be a wise choice for the hipsters among us.

Not really sure how this sport works, but if it’s anything like waterboarding, the US should dominate.

What’s that? You feel a slight breeze running through your hair? Time to fall over! In soccer, you are rewarded for losing your balance with free kicks and penalties. Those involved in theatre will fall in love with what the misguided refer to as the “beautiful game.” The more dramatic the flops, the better! Soccer is the perfect sport for actors and actresses who are looking for something a bit more competitive. The “world’s game” does not come without its flaws, unfortunately.

Like some of the other sports on this list, soccer is just plain boring. Who wants to sit through a 90 minute game to see just two or three goals scored, or even worse, the match declared a tie? If that isn’t bad enough, just when you think its over, they add a seemingly random amount of time to the clock, which counts up instead of down for some reason. Still, if you have patience, you and your compatriots could be crowned Olympic champions.

Bonus: If the drama and panache of soccer is your thing, you can be a multi-sport medalist! The IOC has been kind enough to include two near carbon copies of soccer: platform and springboard diving. At the 2012 London Olympics, the gold medalists in men’s and women’s soccer (USA and Mexico) also earned seven diving medals (USA: four; Mexico: three). Coincidence? I think not.

Are you lazy? Looking for a chance to call yourself an athlete? Come out for crew! There aren’t many sports in which you can sit down while playing. To name a couple: cycling and rodeo (until you fall off). I wouldn’t exactly consider those strenuous. Nonetheless, rowing isn’t for the faint of heart. The water is often at a mildly unpleasant temperature and occasional splashing may keep all but the most dedicated away from the sport. If you are not afraid of a little water, you should have no problem coming away with a medal in 2016.

If the sitting down element of rowing appeals to you, equestrian offers this and much more! In addition to sitting, you get an animal to play the sport for you!

Enjoy tennis? Too much work to run around? This is the sport for you. With a table just five feet wide, seldom is it necessary to lift your feet off the ground. Guitar Hero players will find themselves right at home as reflexes are the only tangible skill required. Table tennis does require a strong cardiovascular system, however, as players are required to stand for the entirety of a match. It will be the survival of the fittest at the Rio De Janeiro games in 2016, where the finalists will have to grind through as many as six matches in only six days.

Ski jumping is essentially the Winter Olympics equivalent of the high jump, without the difficult jumping part. Instead, a hill builds your speed up to 80 miles per hour, and then shoots you off to float in the air for a few seconds as you travel over 200 feet. Then the chairlift brings you back to the top and you let the hill do all the work again!

Struggle with responsibility? Like blaming others? In volleyball, you have five other teammates in the small 12-meter x 9-meter area to share the blame for your mistakes. Few team sports have this many players per square meter, so you can forget about accountability.

If hitting the ball over the net is too difficult, do not fret. All you need to do is make contact and your teammates can take care of the rest. It’s almost as if volleyball acknowledges its inferiority by allowing players three tries to hit it onto the other side of the court, whereas virtually all other net sports (tennis, table tennis, and badminton) allow just one chance.

Just about every sport involves running. Can you put one foot in front of the other? Congrats! You’ve made the cross country team! There is virtually no skill involved in this “sport.” While running may be a great way to get in shape and evade the cops, how do runners get enjoyment out of running around in circles at moderately fast speeds? Nevertheless, this is a very real Olympic sport, with 24 men’s, and 23 women’s events to take your pick from in all of track and field.

Consider this: Kenya’s Wilson Kipsang recently set the world record in the marathon, running 26.2 miles at an average pace of 4:42 per mile. Impressive, until you realize that over 500 high school freshman ran faster miles than that in the last year alone.

Bonus: There is an event called the “race walk.” That’s right, you can win an Olympic medal for walking. Be careful though. If the judges deem that your toe leaves the ground before the opposite heel lands, you will receive a red card. Three red cards and you’re out! Considering the average time for the 50km race walk at the 2012 Olympics was just under four hours, I’m not sure an early disqualification is really the worst thing that could happen.

Enjoy traveling at fast speeds but don’t want to work to attain them? Strap on some skis and find your nearest hill! If alpine doesn’t become discontinued from the Olympics like tug of war and croquet, there’s no reason the sport can’t give you a lifetime of gold. I have no qualms with downhill skiing. It looks quite fun to slide down the slopes at speeds approaching 100 miles per hour. You know what else is fast and fun? Rollercoaster rides. But we don’t go around pretending that they are a sport. So grab your gear and head to Sochi this winter, where you can attain fame, and a G-Force up to four times your body weight as you fly down the Caucasus Mountains.

Curling earns an honorable mention due to a severe lack of competitors. Minnesota is just about the only place in the U.S where you can find serious curling, and the estimated number of non-Canadian curling players is smaller than the population of Anchorage, Alaska. Despite small numbers, it would be an insult to put curling in the top 10 given the combination of speed, strength, endurance, and skill needed to be a successful curler.

Football is so awful it can’t even get into the Olympics. Yikes!