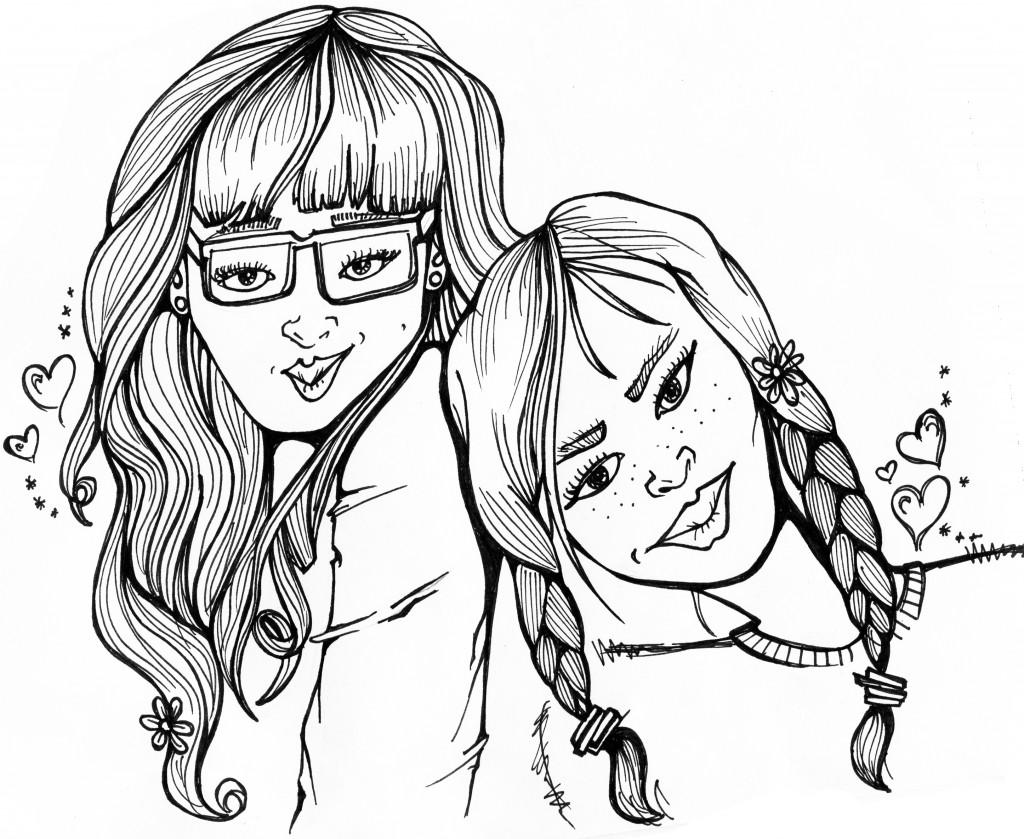 We all have our guilty pleasures. There are reality TV aficionados, who know the names of every Real Housewife and have watched the entire spread of the Discovery Channel’s options. There are Facebook gamers, who always seem to be in the middle of waiting for a new life in Candy Crush or other King games. We can excuse them by labeling them hobbies, but there are those few that happen to be so out there, or so guilty, that we have to give a disclaimer before we dare admit to liking our pleasures. My guiltiest of guilty pleasures is my love and utter fascination with the Manic Pixie Dream Girl.

The Manic Pixie Dream Girl (MPDG or Dream Girl, for short) is a character trope that has silently crept into our consciousness without realizing that was her name. If you watched the likes of Bringing Up Baby, Ruby Sparks (an attempt at “subversion” that ends up presenting a sick twist on the trope), or any of Zooey Deschanel’s recent works, you’ve encountered the Dream Girl. Considering how often she’s portrayed in romantic comedies and how she’s moved from movies to TV shows, spending some time thinking about her is, I believe, a valuable project for sex positivity.

The trope was named in a review of Elizabethtown by Nathan Rabin in 2007, and he describes the Dream Girl as a fantastically whimsical girl who “exists solely in the fevered imaginations of sensitive writer-directors to teach broodingly soulful young men to embrace life and its infinite mysteries and adventures.” MPDGs are quirky and strange and colorful and somehow Different Than Other Girls. Their romantic counterparts are conceived as boring or bored men who do not realize how their closed-off attitudes have hindered their ability to fully engage with the world. By loving a Dream Girl and taking risks alongside her, the guy learns about love and life and happiness. Eight times out of ten, both characters would most likely be aggressively annoying in real life. Nine-point-five times out of ten, both characters are white, straight and middle/upper-class.

Criticism of MPDGs focuses on her and the false expectations of femininity that arise from such a simple character. And as a lover of the trope, I can attest she usually is simple, or at least incredibly flat as a character in comparison to the guy. Her vapid energy and peculiarity make her a tool for her romantic counterpart’s growth without ever presenting her as an independent agent capable of her own arc.

This is a vitally important concern for sex positivity as it relates to gender liberation because media matters. Widespread media like Hollywood movies are how a society suggests cultural expectations, and to constantly provide flat characterizations has real impact on how we conceptualize women and femininity. The MPDG pushes this further by urging us to define girls as interesting only if they are into things like floral tea sets, The Smiths, organic yarn, and somehow have enough capital to support their spontaneous misadventures. All of these interests are fine on their own; I mean, I have know plenty of people who act similarly enough to Dream Girls at Macalester College. But to have her idealized as much as this sets up beauty in this weirdly middle/upper-class bubble that fetishizes the vintage aesthetic drenched in pale blues and yellows.

But it is not just about her. By focusing on the Dream Girl, what a lot of otherwise good criticism loses is an analysis of why the masculine protagonist needs her in the first place. I believe Garden State is the best site to explore the complications of characters needing the Manic Pixie Dream Girl. (Beware, there be unmarked spoilers here on out.) In the film, Andrew returns to his childhood home in a well-to-do New Jersey suburb to attend his mother’s funeral. He is on anti-depressants, he is a busboy after a failed entry into acting, his painfully silted mannerisms read as too stiff for his body, and he feels a tremendous amount of guilt for his role in the accident that paralyzed his mother when he was younger. His involvement with his Dream Girl, Sam, lets Andrew heal and present a firmer, more impulsive self. He even stops taking his medication: he believes he does not need it anymore because he feels happier and more whole after being with her.

Andrew is situated as a character that needs saving from his life. I respect that. A lot of people feel that way at any given time, whether or not they are in a sexual and/or romantic relationship. To say otherwise would erase the experiences of just about anyone: people overwhelmed with everything from mental illness, to stress from school, to acts of oppression on a frequent basis, to the general tumult that is living day to day.

But, what Sam and the MPDG trope creates is a representation of a truly unhealthy level of dependency. While we know all about Andrew’s childhood and issues and we see his growth, Sam does not get to be a fully formed person: she doesn’t have a last name, she has a disability that is glossed over or played for cute, and she gets no development other than tending to ebbs and flows in her insecurity. I believe there should be space in relationships to bring our whole selves, and sometimes by doing so we reveal our problems and insecurities and personal hang-ups. It can be amazing if you can have a relationship where you can grow and learn from each other. The conflict comes when like MPDGs and their partners, you only define the relationship in terms of how it is helping you and you no longer recognize your partner(s) for their wholeness and their potential for growth. This perspective is a measure of dehumanization, and it can easily turn to situations of codependency, emotional abuse, or physical or sexual violence on either side. An abuser may demand more from their partners because they do not value them as individuals with needs, wants and bodily rights. People may stay with abusive partners because abusers support them in ways that matter emotionally.

While the jump between this dehumanization and movies with Manic Pixie Dream Girls may not be readily evident, it is there. Ruby Sparks, the movie I mentioned earlier that tried to lampshade the trope, illustrates the connection perfectly because it is pretty much 104 minutes of a man abusing his Dream Girl and then giving him a second chance with the same girl when he becomes a better person when he (kinda maybe sorta?) realized the error of his ways. So perfect an example, in fact, I chose not to use it as my main example because it sickens me and I don’t want to spend any more time than necessary on it other than to suggest against watching it.

Which of course leads to the fact that I did watch it, because it was suggested as a good MPDG trope and, as discussed, Dream Girls are my guilty pleasure. If I go by most scripts around deconstructing media in advocacy, I think this is the point where I should renounce MPDGs forever. I can’t make that pledge. I will continue to watch them in hopes of a true subversion (or at least until I find a good MPDG/not-MPDG couple that is queer and/or has people of color) and because I like them. Most media is problematic, and there are unfortunately extremely few examples of “good” works that do not stink of oppression. I can say I have made and will continue to make decisions with my purchasing power that are relatively less problematic. To me that means not adding Ruby Sparks for my collection. Does this mean I am subscribing to the failed neoliberal notice that I achieve agency as a consumer subject through my capital? Unfortunately yes, but at least I can watch Garden State whenever I want.