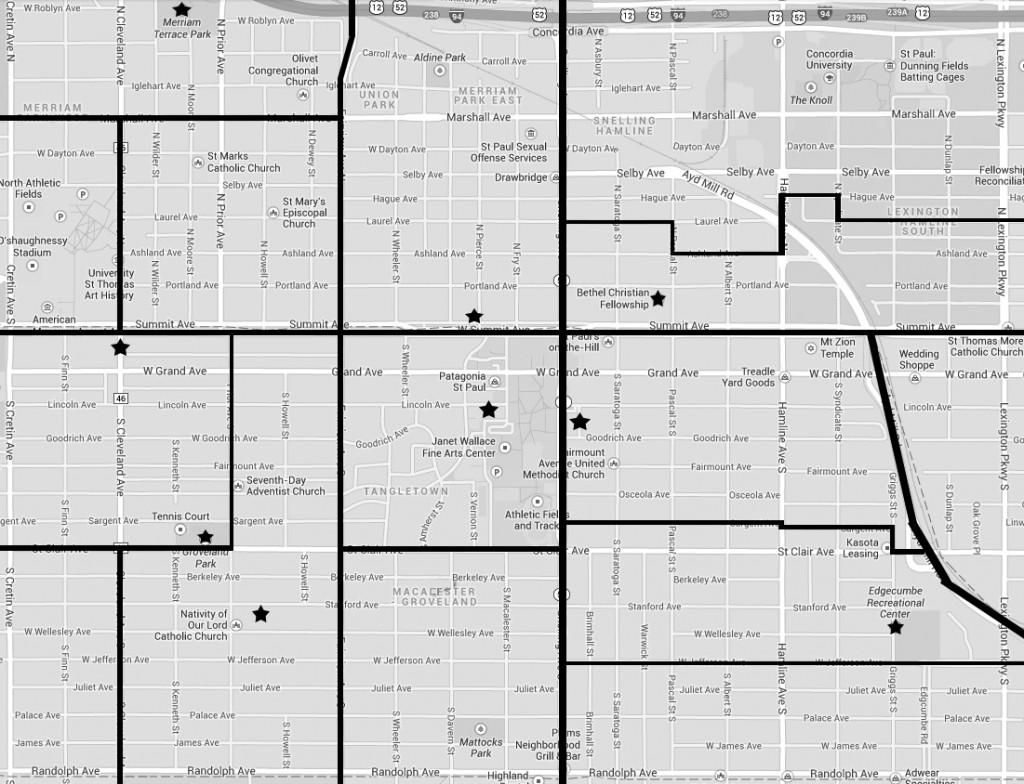 This Tuesday is Election Day, and St. Paul has many races on the ballot. Mayor Chris Coleman is facing three challengers in his bid for a third term, three members will be elected to the St. Paul School Board, and a special election will be held to elect a new City Councilmember in Ward 1. Below, get information on all the candidates on the ballot, and when and where to vote. Information for biographies obtained from the Twin Cities Daily Planet and The Villager unless noted.

Sharon Anderson — No party endorsement. Perennial candidate who has run for various offices (many as a Republican) in the past 20 years. A biography on her website describes her as a “Widow, Whistleblower, Learned in High Tech, Blogger, Real Estate Entrepreneur, Home-Grown, Hometown, St. Paul Central Grad, School of Hard Knocks, Understands Separation of Powers, Mayor Executive must expose the City’s Case Fixing Issues to deprive the Average Citizen of Equity and Tax Relief.”

Tim Holden — No party endorsement. Obtained a degree from St. Cloud State in criminal justice. Worked with St. Paul and Newport police special task forces. Has worked as a realtor and general contractor. Concerned with small-business environment in St. Paul and disruptions from the Central Corridor light-rail line.

Kurt Dornfeld — No party endorsement- A St. Paul native, his campaign tag is “I don’t walk their walk or talk their talk.” A street maintenance worker who is listed on the ballot as Kurt “Dirty Kurty” Dornfeld.

School Board (vote for 3)

John Brodrick — DFL-endorsed. Incumbent, first elected to School Board in 2001. Attended St. Paul Public Schools, worked as a teacher and coach at Como Park High School for 34 years. Endorsed by the Star Tribune.

Jean O’Connell — DFL-endorsed. Incumbent, first elected as School Board Chair in 2009. After a career at 3M, she retired to work as a tutor and ran for the School Board. Led the initaitive to pass the 2012 school funding referendum. Endorsed by the Star Tribune and Pioneer Press.

Chue Vue — DFL-endorsed. Attorney and resident of the Frogtown neighborhood. Former research chemist who immigrated from Laos at age 10. Has three children enrolled in St. Paul Public Schools. Endorsed by the Star Tribune.

Paul Holmgren — Republican-endorsed. Retail associate at OfficeMax. “I pay my bills and balance my checkbook,” he said. “We need that in government.”

Johnny Howard — Green-endorsed. Community organizer. “[I have] deep knowledge of the strength and resilience of people here,” he said.

Dai Thao — Active in Hmong organizing circles and progressive action organizations. “I know what it means to struggle for survival, to work hard to get ahead, to be determined, and to have hope,” he said.

This Tuesday, voters will have the option to rank candidates for mayor and Ward 1 city council by their preference. Ranked voting provides six boxes with lists of candidates. The boxes correspond to a ranking and voters fill in a bubble next to the name of the candidate that corresponds with the box. New ballots are available upon request if a voter makes a mistake.

If you’re already registered in Minnesota, you don’t need to register again.

If you live on-campus, all you need to bring is a student ID.

If you live off-campus, bring a student ID as well as proof of address, such as a utility bill or other document that has your address.