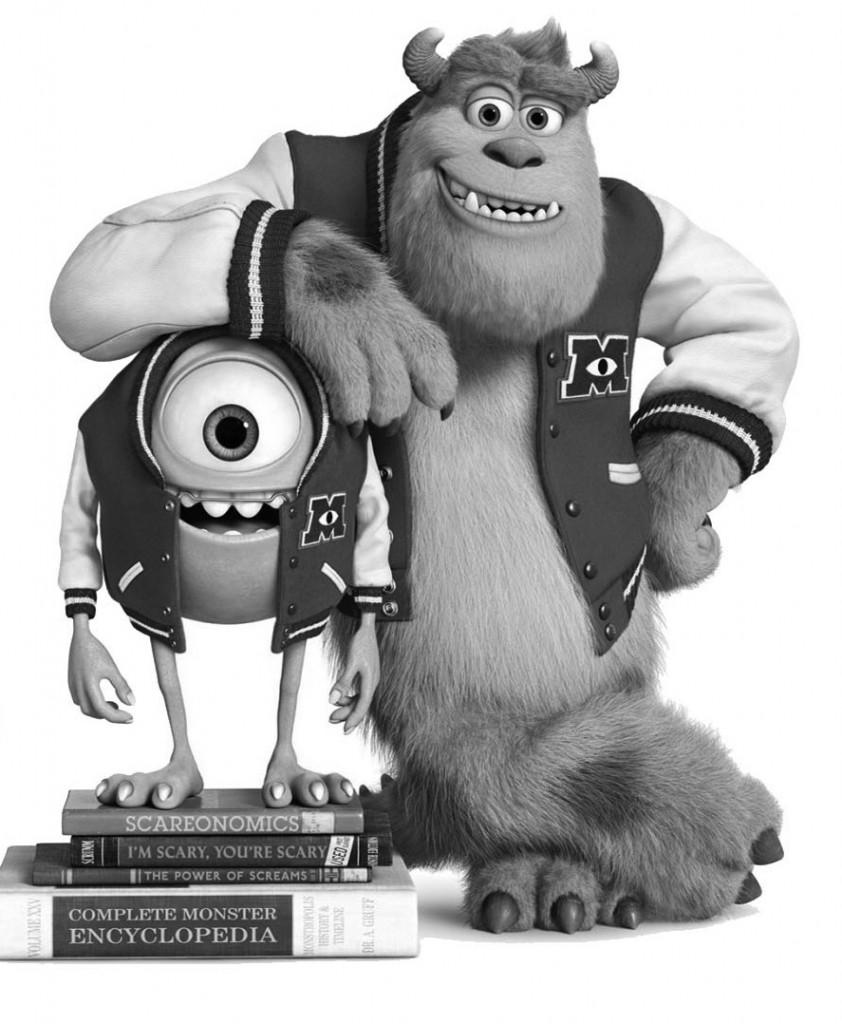 Sully and Mike make a reappearance in Monsters University. Photo courtesy of Disney*PIXAR.

If you somehow grew up without seeing Monster’s Inc., the lovable Pixar hit that chronicled monster pals Mike and Sulley–and then missed it again when it was re-released in 3D at the end of 2012 (come on, Pixar)–you have one more chance to catch those memorable characters in Monster’s Inc.’s prequel, Monster’s University, to be released this June.

My perception of the folks who work at Pixar has changed over the years–and after hearing two of them, director Dan Scanlon and producer Kori Rae, talk about their newest work on a conference call, it has changed again.

For a while, Pixar was the magical place where people created some of my favorite characters growing up. But as I noticed the growing trend of creating seemingly less thought-through sequels and three-quels and prequels to these childhood classics, apparently just to rake in a few extra million, it became the home of money-hungry industry people taking advantage of my favorite stories. Now, though, Pixar more closely resemble my original idea. Mostly because Scanlon and Rae made it clear that they don’t just throw these films together.

Scanlon and Rae called up Billy Crystal and John Sullivan, the vocal talent behind Mike and Sulley, to reprise their roles in the film. “They were super excited about the movie,” gushed Rae. “Billy, in fact, I think, had been waiting and waiting for some other installment of Monsters Inc., he loves this character Mike Wazowski so much.”
To get in the “college student mindset,” Scanlon said, artists visited gross dorms and fraternities. “A lot of us went to art school, which is apparently nothing like real college,” he said laughingly. They wanted to create an archetypal school that every college grad could relate to in some way.

Even after all of the “maddening” and “terrifying” story-developing work—the research and the brainstorming and the “awkward teenage phase” that every Pixar film goes through, according to Scanlon–is finished, lightning designers and animators come in and do work that Scanlon called simply “genius.”

The classic Pixar tug-on-the-heartstrings effect is sure to take hold of at least some of us (and by us I mean me. I cried at Up and all three Toy Stories).

“This film is very much about what happens when you come up to a kind of a closed door , and how you, how you get around that,” Scanlon remarked. “And how you let go of the thing that you think you absolutely have to be to be happy in order to find out who you truly are.”

It’s also about self-discovery. And friendship. Sound familiar? Sure, but that doesn’t mean that Monster’s University won’t make a killing at the box office when it is released this summer. Because as repetitive and hokey as the film may turn out to be, everyone loved a feel-good story about two ingeniously-animated, endearing monsters the first time. And everyone seems to love Pixar enough to let them tell it.