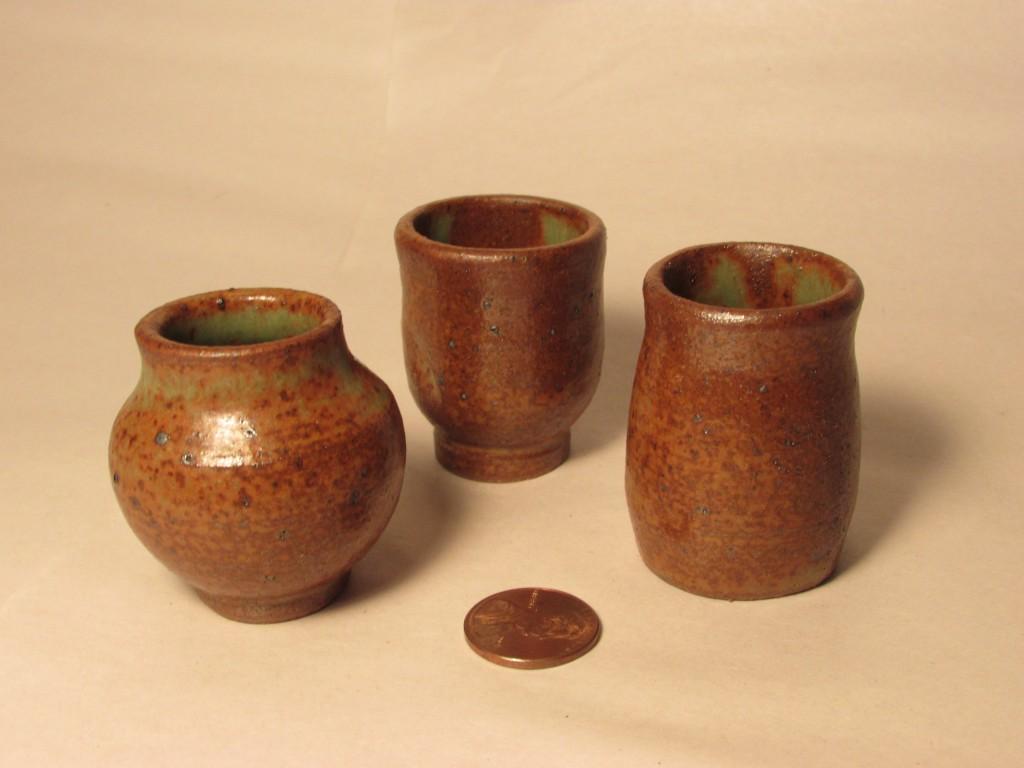 These three small ceramic pieces were created by Julia Gartzke ’13. They are featured in the Student Exhibition currently taking place in the Law Warshaw Gallery.


The Mac Weekly sat down this week with senior Julia Gartzke two weeks before the senior show opens to talk about her time as a Studio Art major at Macalester.

Where are you from?

Besides the art major, do you have any other majors or minors?

Besides your double major, are you involved in anything else on campus?

I’ve been getting a lot of flack for asking this question, but do you have any favorite artists, visual or otherwise, that you draw inspiration from or just like looking at?

On a more personal note, when did you first become interested in art?

Well, I took the required art classes all through elementary and high school and after it wasn’t required anymore I kept taking it, because I liked it and it was fun and it wasn’t, you know, an English class where you had to read Hamlet and write a paper about it, which I found really frustrating. It was a way more fun way to express myself. I didn’t really know I wanted to do it for a major here until, like I said, just last year.

How did you end up at Macalester?

I don’t really know. I applied to ten different schools and I got into half of them. And then only three of those gave me good financial aid, and so I was picking between Puget Sound and Lawrence in Wisconsin and here. And of those three [Macalester] gave the best financial aid and I could play volleyball, so it was sort of the perfect fit.

How do you view the art that you do in relation to the Macalester community or the Twin Cities community?

I haven’t been super involved in the Macalester art community. I mean, I went to a couple Art Alliance meetings and now that I’ve taken this more seriously, I’ve gotten to know some of the professors. But I don’t really know the Twin Cities art scene so much. And when I make art it’s not so much for other people as it is for me. I don’t make it to be political, I don’t make it to make these grand statements, I make it because I enjoy it and because the subject matter is usually important.

What media do you work with mostly?

For the senior show I’m working in ceramics, I’m making tiles mostly. And ceramics is sort of the most experience I’ve gotten here, it’s the only upper level art class I’ve taken.

Could you talk a little more about your senior seminar project?

Originally I wanted to just make utilitarian stuff. I spent last semester throwing all the time. It felt so cool to have something go through my hands and feel it totally malleable. And then fire it and glaze it and have it be this cool, utilitarian thing that people were like “Oh, this is so cool I could put soup in here and actually use it,” and I thought that was so awesome. And that’s kind of what I wanted to do, but I got a little bit shut down for that being totally non-conceptual. So I decided to do tiles instead. So the project I’m doing is a series of tiles, big ones and little ones, no real order to them. They’re portraits of people in my family who are artists but that don’t label themselves that way. It’s for me, getting to spend time with these people and my memories of them and my medium as a way to sort of honor them but express it in my medium.

How do you see art taking a role in your life in the future?

I don’t know. I guess in doing this project, I’ve thought a lot about how I have gone through this education and I come from this place of privilege where I can call myself an artist. I have the leisure time and resources to do that and I can do this full time right now. And it would be awesome if I could keep this up in the future. My like dream for when I’m retired is to go live on a hippie farm and go be a potter, I think that would be the best thing ever. But until then I really want to work in museums. Either with a collection or in the education department developing programs for kids. So with this background I think I would be well prepared for an art museum, so that’s a way that it could possibly fit.