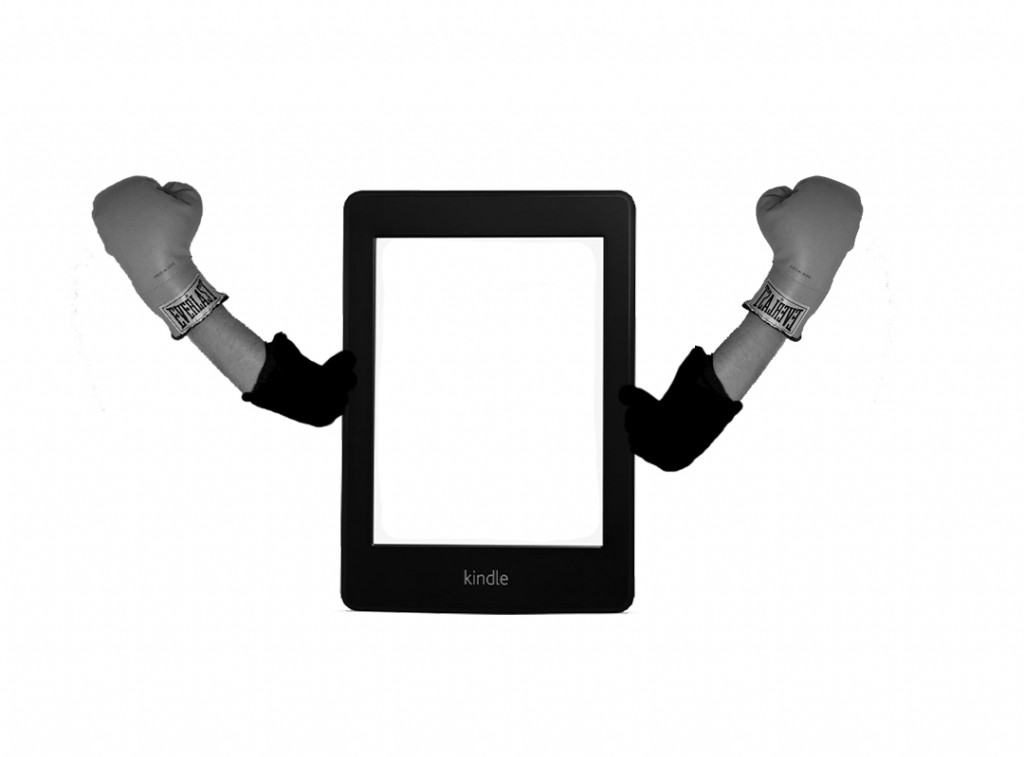 The debate is one that reaches far and wide. Even if you don’t own an e-reader, you’ve probably had to contemplate the pros and cons of using one at some point in your professional or college career. Many professors assign readings online, and textbooks are often cheaper and easier to get in electronic formats. So what exactly are the benefits of technology in terms of reading? And how do we know what’s better? How likely is it that books and libraries will soon be a thing of the past? And which do people prefer?

The easiest and most diplomatic answer is that it depends. It depends on the person, the setting, the circumstances, and of course the text itself. Not everyone can stand to look at a screen while reading, and many feel more comfortable with a book in their hands and a real highlighter or pencil for annotation. Others dig the ability to click on a word and instantly find out what it means, and the convenience of having millions of books one click of a button away.

So what do Mac students think about electronic reading?

“I love the idea of using technology versus the paper option, but it is a hard transition to make having grown up reading from physical papers and books,” said Lizzy Magnuson ’14. She fully supports the switch, noting it is “the inevitable future, and we either ignore or embrace it.”

“I find myself very partial to tangible paper—articles where I can scribble little notes in the margins—and often have trouble reading too much text on a screen,” said Lily Robbins ’16. She also enjoys “Post It-ing” her notes in books.

Alex Ward ’14 prefers traditional, tangible forms of media like books and newspapers. However, in the long run, she foresees technology dominating traditional forms. “When you can get any news or book on the device that fits in your pocket, convenience trumps nostalgia for books and such,” she said. “I do not think that books and libraries will disappear in the near future, but they are increasingly a secondary resource.”

The trajectory can’t be denied. In November 2010, six percent of Americans said they owned an e-reader; now it’s up to 19 percent. Amazon’s Kindle is the most popular model, owned by 62 percent of e-book readers; Barnes and Noble’s Nook is in second with 22 percent.

James Aviaz is a self-described “Gen X and Y mongrel” and author of “Everything is Fucked, Everything is OK,” a print zine that attempts to address modern struggles like that between the “addiction to digital life and a nostalgic appreciation for a more analog time.” He said, “don’t get me wrong: I’m as addicted to Facebook and 25 GIFs You Have To See Or You’ll Spontaneously Combust as the next guy, but I also remember what it felt like to actually talk on the phone or get my LOLs from pieces of paper. OH, HOW QUAINT!”

Nostalgia is a major factor in the books vs. e-readers discussion. “I think if there was a type of technology that gave you the freedom to take notes like you can on paper, I would be more inclined to use it if—it weren’t too expensive. I know you can do this to some extent on iPads, but I’d rather not buy one,” said Charlie Birge ’15.

Nola Pastor ’14 also wonders about cost, but she also worries about losing the nostalgia of books she likes so much. “I also really believe in re-use of books, book-sharing, and think used bookstores are the coolest,” she said. She also adores Onesies, the notebooks made from recycled, “upcycled,” paper: “They fit my spastic, diagonal, doodle-y unconventional note-taking style.” Further, she really appreciates the opportunities to use fewer resources, especially paper. “At the same time, I think there are downsides or more invisible (more distant) costs of technology use, like the impact of e-waste on those who dispose of really dangerous materials post-use, and I want to encourage us to think about these far-removed impacts as well.”

Sure, there are ways to green your Kindle, like using a solar-powered cover. But that doesn’t excuse the fact that you’d have to buy 22 books a year to offset the carbon produced to make the device, according to the people at Cleantech Group. Ward points out that she doesn’t even know how to go about making sound, sustainable purchasing choices when it comes to electronics. “In contrast to campaigns about labor injustice, I have not seen a public campaign to raise awareness about what sustainable purchasing in the tech sector looks like.”

In December 2011, Kindles sold at an astounding rate of 1 million per week. Amazon doesn’t disclose its sales figures or profits, but analysts speculate they’ve continued a rapid upward trend in sales since their introduction. But since Amazon isn’t transparent with their business practices, we don’t know for sure what their economic situation is. We also don’t know a lot about how the devices are made, where the materials come from, or who assembles them.

What we do know is that we can control where they go. Part of the draw of e-readers is that they don’t use paper, and though trees are technically a sustainable resource, our forestry practices essentially cancel this out. If we don’t recycle and dispose of our e-waste properly, “saving resources” is a moot point. That’s why it’s important to take your spent electronics to a proper e-waste facility. At Mac, you can take your e-waste to ITS, or look for special spots during move out.

Whatever our medium for reading, the important thing is that we read at all, in my opinion. That way, we can all go on to be smart enough to solve problems like the e-reader vs. book question.