CUPSI: A frenzy of friendship and poetry 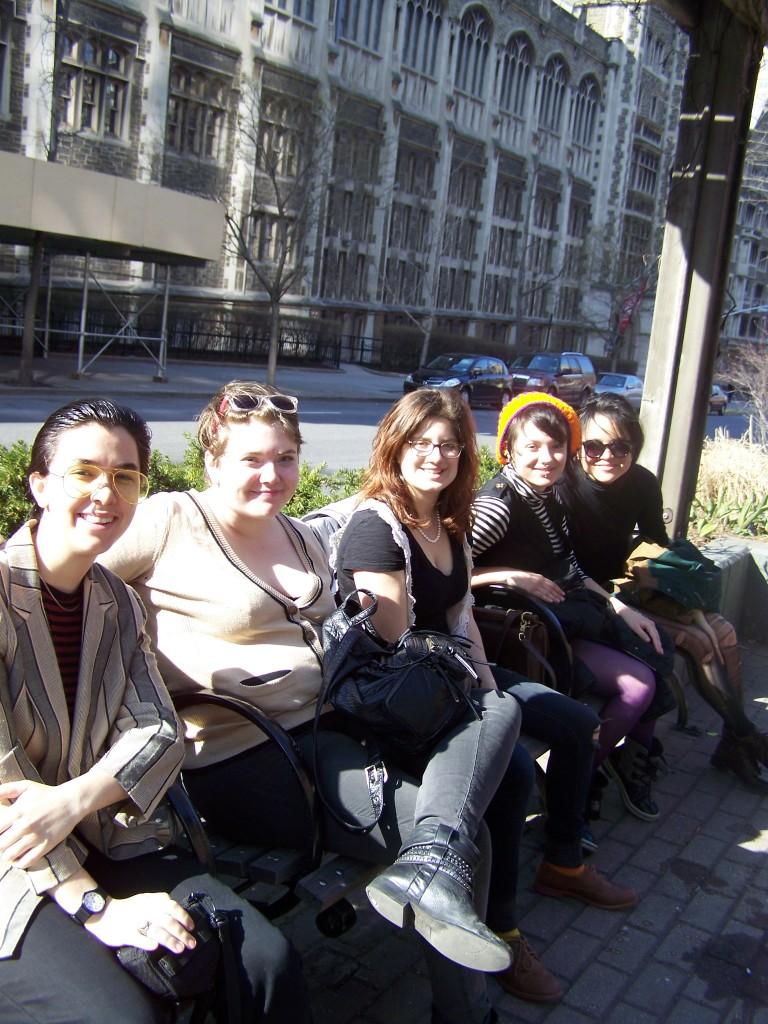 “A frenzy of friendship and poetry.”

Before this year’s competition, MacSlams had made it to the finals every year they’ve competed. They placed in the top three in the last three competitions and were CUPSI champions in 2011. This year, their streak of success came to an end. The team placed 27th out of the 59 competing teams and did not appear in the final round.

The change in outcome prompted reflection from some members of the team.

“Since we didn’t win or even make the final stage, it made me reflect on why I do slam poetry,” Rostad said. “It was a really good opportunity for some soul searching and a return to what I really love about slam.” Martell agreed, having been part of the team for four years.

“The whole situation prompted me to reconsider what my role or motivation in spoken word is in a pretty profound way,” he said. “That was more meaningful than being on the final stage would have been in a lot of ways.”

Shain pointed out that although they were disappointed about not making it to the finals, the lowered level of stress that came with that had its advantages.

“Not winning opened up some other opportunities at CUPSI when previously we spent a lot of time in our hotel rooms practicing,” she said.

CUPSI is as much a social environment for poets as it is a competition, and the team mentioned a few moments with other teams as some of the most meaningful of the weekend. On the last night of the competition, members of the team were hanging out with some poets from Indiana University at four in the morning. They decided to do what poets do—perform.

“We decided to have what’s called a third round, or a cipher,” Rostad said. “Basically you stand up in front of a group of people informally and perform your poems.”

“It can be a little weird sometimes . . . but when it’s beautiful, it’s so beautiful,” she said. “It was just a great way to close out the season because it summed up what was most beautiful and important about this season—on a basic level just sharing poetry with friends.”

Experiences like these were a big part of CUPSI. As a whole, the team found it to be a positive experience, despite the lower-than-expected level of team success.

“I think it actually made us closer as a team,” Binkovitz said. “It would be really easy for something like that to tear a team that was used to winning apart.”

Two of poets on the team, Shain and Rostad, received honors as individuals. Shain was named as one of three Best Individual Poets, and Rostad performed before the finals as part of a Best of the Rest showcase of poems from non-finalists chosen by the coaches.

Rostad performed a piece titled “A letter to JK Rowling from Cho Chang” and served as the sacrificial poet—a poet who performs prior to the main slam and allows the judges to calibrate their scores, judging the poems in the competition against the sacrificial poet’s performance.

“I went on right before the poets, after the feature—which was Patricia Smith, so that was really cool,” Rostad said.

Patricia Smith is an all-star in slam poetry. She’s been the national champion in slam poetry four times, and has been widely published in anthologies and her own works. Seeing her perform was an experience in itself for many of the poets.

“I was just staring open-mouthed pretty much the entire time,” Binkovitz said.

In describing Rostad’s poem, Shain said it is “hilarious for the first minute or so, then it’s real, then it gets really personal.”

Shain said watching her teammate perform was one of the best moments of CUPSI for her and the rest of MacSlams.

“I feel like in some ways our season culminated in that moment,” she said. “We couldn’t all be [on the final stage] but we got to send all our love to Rachel at once.”

Shain was one of three people awarded Best Individual Poet, out of more than 250 competitors. She wasn’t expecting the award, having only performed in one solo piece and one group piece throughout the competition. “I was on stage twice; I was so surprised,” she said. “It’s a huge honor.”

In winning the award, Shain was also part of a legacy for the state of Minnesota.

“I’m honored, and what’s really cool is I’m the fifth Minnesota person in a row to win at CUPSI,” she said. “We have a really strong community here that sends amazing people.”

The four winners prior to Shain from the state of Minnesota were Sierra DeMulder, Miles Walser, Michael Lee and Dylan Garity ’11.

It was one of the MacSlam poet’s first time attending CUPSI, and another poet’s last. Schminkey was the only first-year on the team and the only member who had not previously competed.

“It was entirely overwhelming and exciting,” she said. “After going through [CUPSI] I could understand why no one could describe it in a way that gave me an accurate picture.”

Martell is the team’s only senior. Though he is graduating this spring, he has no plans to stop slamming.

“I’m moving on to the adult scene,” Martell said. “It’s something I’ve been active in for a while, so I’m excited to really invest myself in going out for those teams. I’m sticking around the Twin Cities, so MacSlams also isn’t really getting rid of me.”

Martell sees MacSlams as an integral part of his college experience.

“Fours years in Mac Slams, and seeing the program grow and all the people grow within it has been incredible,” he said. “This group of people in its various manifestations has helped me through some really difficult things, and really made me the person I am today.”

The team performed in JBD on Thursday night, after press time. They will perform next in the newly opened student lounge, the Loch, on April 18 at 9:00p.m. It will likely be their last show of the season.