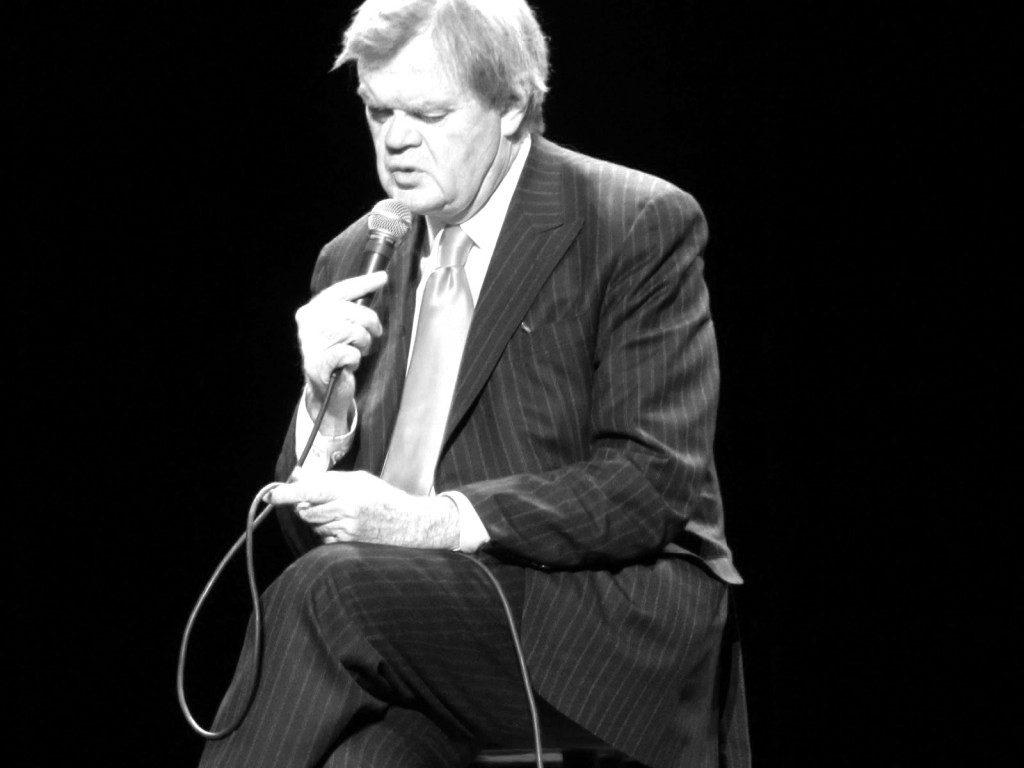 He’s a local legend turned international celebrity, a small-town boy but a big-time writer, actor, and producer. His co-workers still call him “the tall ugly guy with the red shoes.” He could be anywhere in the world making a living with a quick wit and a gentle baritone voice, but his roots were too deep in Saint Paul, Minnesota.

Others, on the other hand, were over the moon.

“I’ve been listening to A Prairie Home Companion since I was five,” freshman Karintha Lowe ‘16 said. “My family always went on long road trips and we’d listen to it. Every Sunday morning, too.”

The radio show has been on the air for almost 40 years, with a short two-year hiatus in 1987 and then for a brief stint as American Radio Company of the Air (from ‘89 to ‘92; then it became APHC again). The APHC website quotes Keillor as saying, “When the show started, it was something funny to do with my friends, and then it became an achievement that I hoped would be successful, and now it’s a good way of life.”

The show is broadcast around the world on over 600 public radio stations with 4 million listeners.

But global acclaim aside; there’s another reason that I was so surprised that many Macalester students had never even heard Garrison Keillor’s name. It was in our very own Janet Wallace Auditorium, on July 6th, 1974, that this history-making radio show broadcast for the first time. You only had to pay a buck, or fifty cents if you were a kid, to see the show.

Now, ticket prices are steeper. The show’s home base is the Fitzgerald Theater, a newly renovated, intimate space with plush red seats and APHC t-shirts for sale. But it retained all of the charm and home-spun brilliance as I imagine it had in its early days.

Versatile vocal actors play a variety of characters each show. The night of the 16th, Ronald Reagan, George W. Bush, and Hilary Clinton talked about President’s Day; Minnesotan ice fishers shot the crap and chatted up a beautiful mermaid; Keillor’s classic character Guy Noir, a suave private eye, sat down with the granddaughter of F. Scott Fitzgerald. There was music, too – a soprano sang love songs with Keillor, and a tuba quintet backed up the original APHC band. The show highlighted Run Boy Run, an up-and-coming Arizona-based folk quintet, as their band or artist of the week.

I won’t forget watching A Prairie Home Companion come to life onstage for a long time. The familiar voice of Keillor, now a tall 70-year-old in beat-up red sneakers, was just as fresh, just as funny, just as heartwarming as I’d anticipated. The magic of the show was somehow only enhanced by the silent interruption of directors pacing on and off stage, gesturing to Keillor or the band to wrap it up, or keep going for another five minutes or so. Rather than distracting from the music and voices of the show, the presence of the crew onstage with the performers made it clear that  the entire cast and crew – the band, the actors, the directors and sound guys, the singers, Keillor himself – has been doing this for years. They read lines as Barack Obama, sang arias, and played bluegrass tunes as easily as they smiled and joked with each other during breaks in the program.

“That’s the show, thanks for coming everybody!” Keillor sang out to a smiling audience at six o’clock on the dot. He seemed as relaxed and humble as he did when he spoke to his audience of a dozen 39 years ago, trying out the show with his friends in the J-Wall auditorium. He hasn’t changed a bit, it seems – it’s just that a few extra million people listen to his show

If you’re one of the folks who haven’t yet heard the show, give it a listen. It’s a Minnesota original and it’s bound to lift your spirits on a Sunday morning. Maybe you’ve got a lot of work to do, maybe you’re head’s still twinging a bit from last night and you just need some coffee, but A Prairie Home Companion still proves the ultimate tonic for the hum-drum pressures of everyday life. Its powers to make you laugh and soothe your soul are as strong as ever.