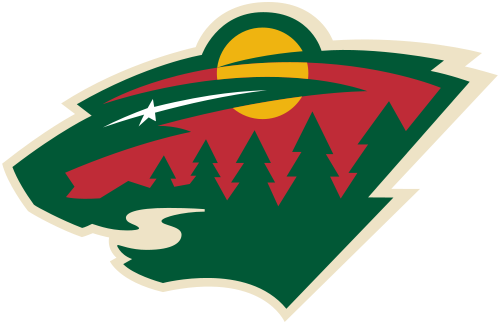 In the aftermath of the Vikings’ disappointing loss to a very beatable Green Bay Packers team in the playoffs and months away from beginning of the Twins’ season, Minnesota sports fans can finally turn their attention to hockey.

Before we can actually get to the Wild, we have to remember that the season is shortened due to yet another NHL lockout that ended on Jan. 5. This is the third time during commissioner Gary Bettman’s 20-year reign that the NHL has had a lockout.

But that’s not all that happened over the offseason.  The Wild picked up the top two free agents in the league: forward Zach Parise and defenseman Ryan Suter, inking both to 13-year deals worth 98 million dollars. Both 27, Parise and Suter are entering the prime of their careers and hopefully have many years of elite hockey left.  With these two additions, the Wild believe they have a good chance of winning the Stanley Cup this season. Indeed, ESPN ranked them as the seventh best team in the NHL in its preseason power rankings, a lofty ranking for a team that finished 12th in the Western Conference last year.

This high ranking was largely attributed to the acquisitions of Parise and Suter.  Parise was drafted 17th overall in the first round by the New Jersey Devils in 2003 and quickly impressed. He has recorded 194 goals with 206 assists in 503 career games, scoring 30 or more goals in a season five times. Last season, his first year as the Devils’ captain, Parise scored 31 goals and earned 69 points.  But he wasn’t done there—he aided the Devils with 15 more points in their postseason run that culminated in a Finals loss to the Los Angeles Kings.

Parise’s new teammate Suter was the seventh pick overall in 2003 draft and spent all of his seven seasons with the Nashville Predators. Last season, the defenseman had a career high in points, registering seven goals and 39 assists.

Both players credit the Wild’s location as an important part of the deal.  Parise grew up in Minneapolis, and Suter is a Wisconsin native whose wife hails from Bloomington, Minnesota.

“My parents were so excited when they knew that I was considering coming back home,” Parise said shortly after the deal was made. “That played a big part. I grew up here, I love coming back here in the summers, and I thought, ‘We enjoy it here so much it would be great to be here year round.’”

Suter also thought of his family when determining whether to accept the Wild’s offer.

“It came down to where I felt my family would like to live,” Suter said. “My wife’s from Bloomington, Minnesota. That had a lot to do with it…Minnesota has a lot of good young players that I think will help make this team successful.”

However, that’s where the good news ends and the bad news begins for Wild fans.  So far in this year’s 48-game season, the Wild are 4-4-1 and winless on the road.

Fortunately, the losses have come from primarily good teams, such as the Nashville Predators and the Detroit Red Wings.  That said, the trend of losing every away game is simply something that doesn’t happen to a team worthy of the Stanley Cup. Another issue is the Wild’s low scoring offense. They are ranked 26th in the NHL in goals per game at 2.2, and have scored only 29 goals all season.

However, there is hope.  For instance, the Wild traded for veteran forward Mike Rupp on Feb. 4. At 33, this will be Rupp’s sixth NHL team in the last ten years. At six feet five inches and 230 pounds, Rupp has serious potential to help drag the Wild out of their slump with some much needed physical play at the net.

“Obviously most people wouldn’t say I play a pretty game or anything, but the one thing my strength has been in my career is my forechecking and holding onto pucks in the offensive zone,” Rupp said.

Another potential sign that the Wild’s luck may be shifting is that in their next six games, four are at home. The Wild will play a good Vancouver Canucks team twice in this six game stretch (once in Minneapolis at the Xcel Center, and once away) and have their other away game against the Calgary Flames. The Flames are 2-3-2 and definitely beatable in light of Calgary goalie Miikka Kiprusoff’s recent lower back injury. The other games include the Nashville Predators, the Detroit Red Wings and the Colorado Avalanche. If the Wild can manage one road win, they have a pretty good shot at going 5-1 and can start to climb up in the standings of the Northwest Division.

It’s far too early to tell if this team can win a Stanley Cup at this point in time. But there is certainly potential, especially with the additions of these three very talented players.